This article summarises the budget in three infographics that show you how funding is due to change.

What’s included in the draft budget?

The total discretionary funding available to the Welsh Government has increased by 5.7% compared to last year. The headline figures are outlined in the below infographic: 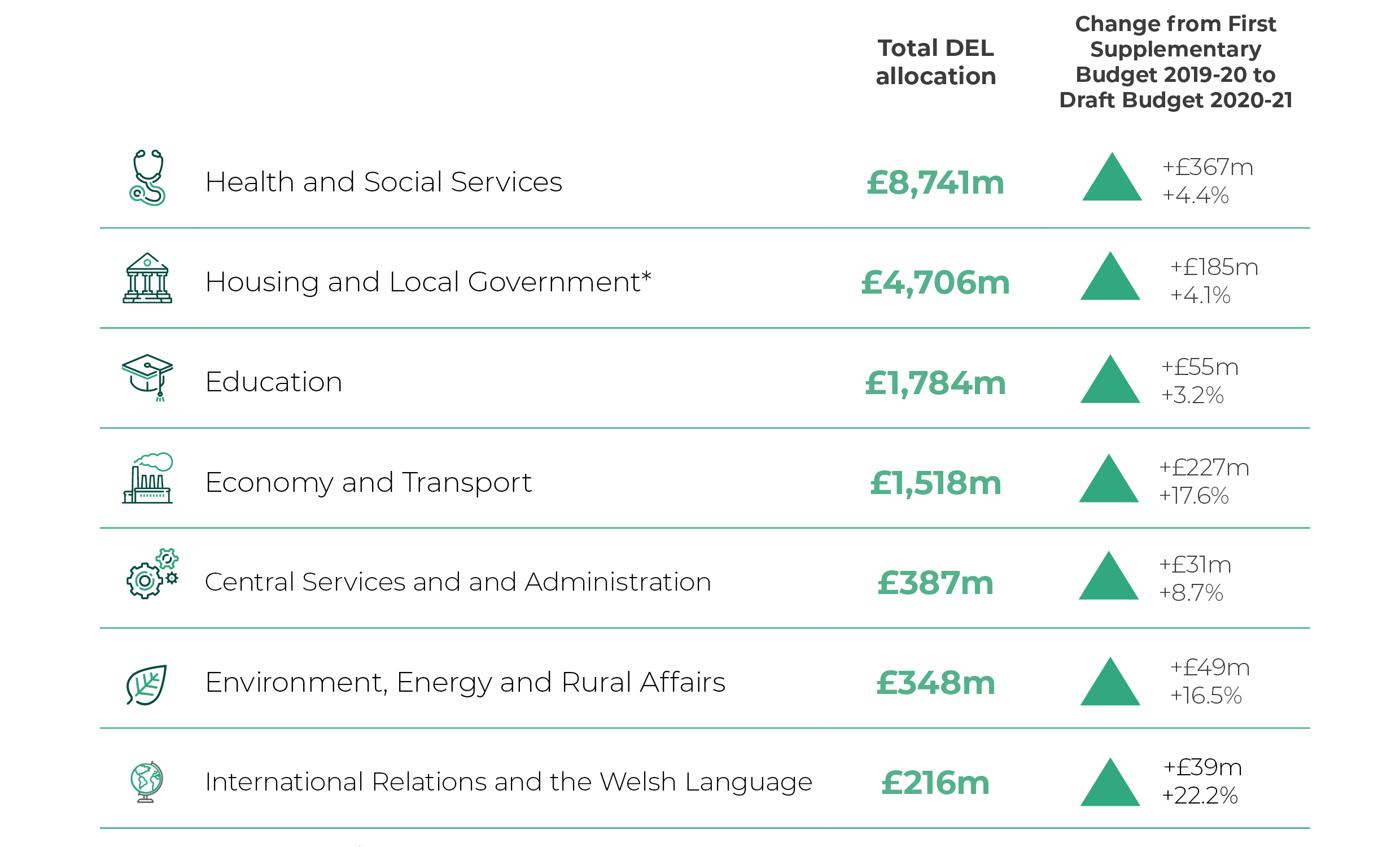 The Health and Social Services portfolio continues to receive the largest budget allocation. The infographic below illustrates the scale of allocations to each portfolio. 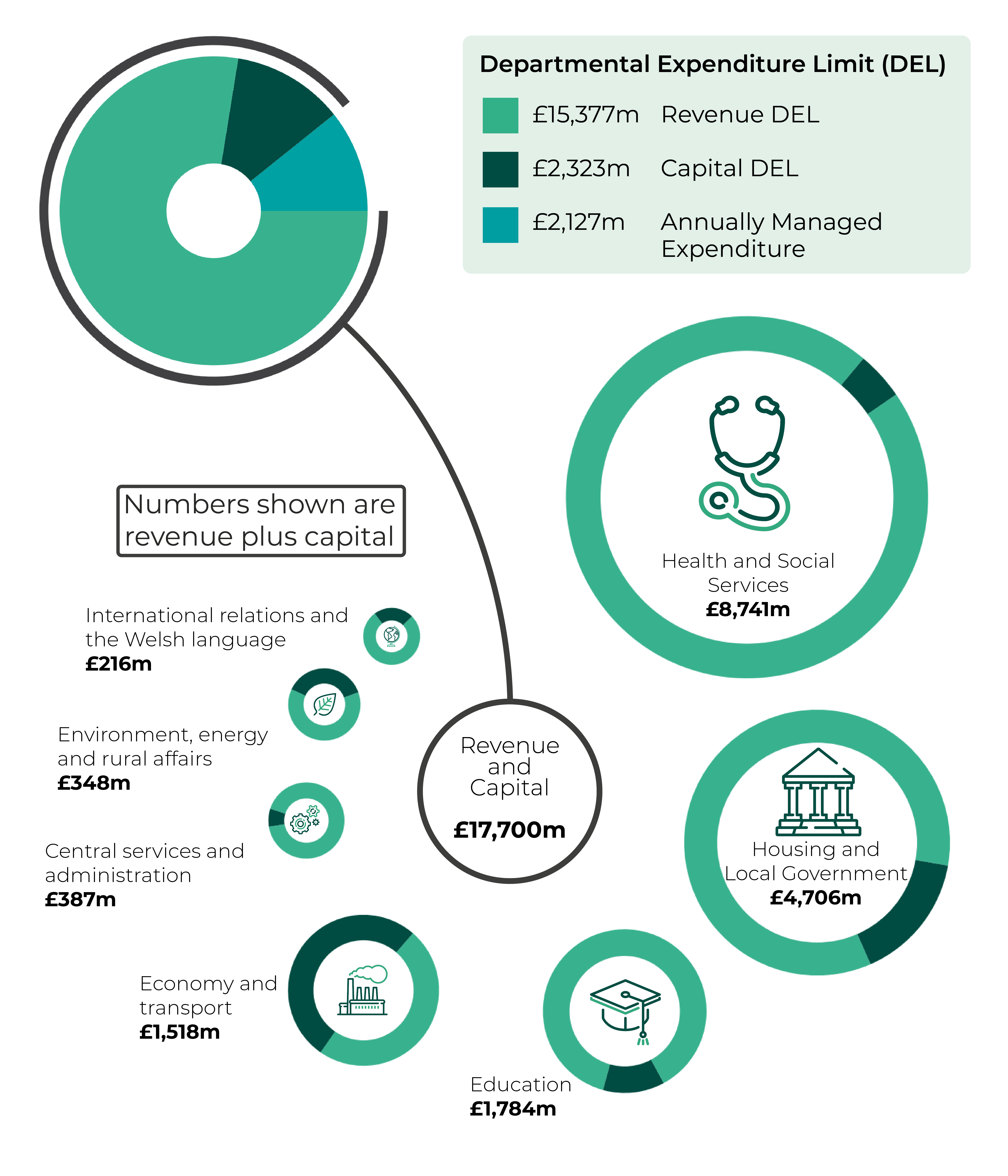 How have the budget revenue allocations changed?

Revenue allocations consist of day to day running costs such as staff pay and the purchase of consumable goods and services, all portfolios are set to receive a real terms increase next year. The infographic below shows annual changes in revenue in the draft budget 2020-21:

Changes between the Revenue* Departmental Expenditure Limits in the draft budget 2020-21 from the First Supplementary Budget 2019-20. 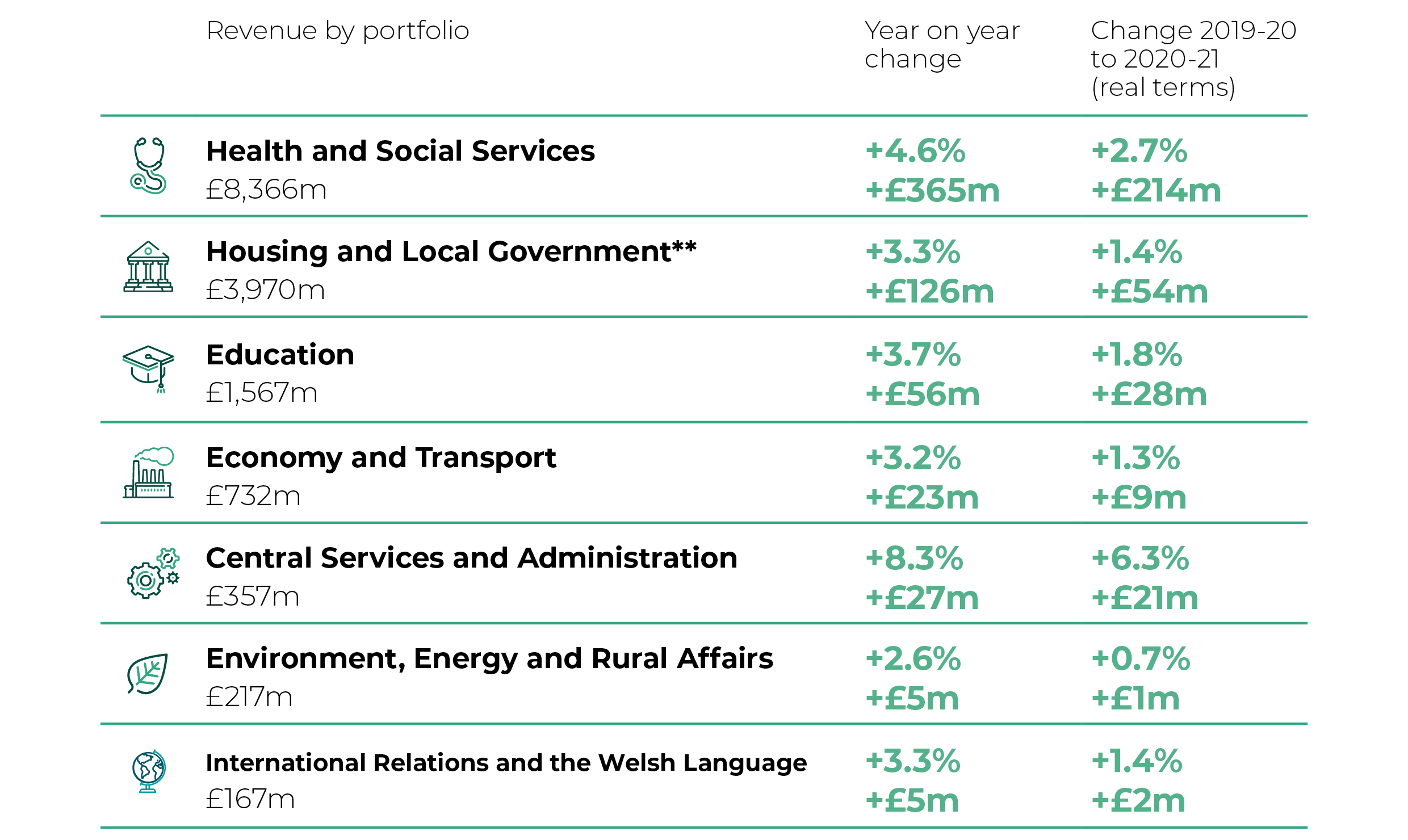 What are the headlines from the budget?

This is the first budget since the Welsh Government declared a climate emergency in April 2019. A primary concern for the Finance Committee was the approach the budget took to addressing this issue. The budget allocated around £140m of capital investment to support the decarbonisation agenda. Ultimately, the Committee was disappointed that the budget did not demonstrate a more radical approach in this regard. The Chair of the Finance Committee acknowledged that:

In declaring a climate emergency the Welsh Government is taking steps towards addressing the issue of climate change and its impact on the world.

However, he went on to suggest that more could have been done on the issue:

…this committee feels the Welsh Government could and should have gone further to recognise the effects its own decisions and priorities are having on our climate.

The Finance Committee’s report on the draft budget builds on this, stating that it is ‘not convinced that the Welsh Government has a clear understanding of the carbon impact of its spending decisions’.

Within the budget, local authorities are provisionally set to receive increases of between 3.0% and 5.4%. However, evidence suggested that future investment in priority services such as health and social care will not be possible without higher borrowing or increases in taxation.

The budget will be debated in plenary on 4 February 2020, you can watch it live on SeneddTV.

To find out more about the allocations in the Draft Budget, see our interactive visualisation.

The Final Budget will then be published on 25 February 2020.