The overall Provisional Local Government Settlement, which constitutes the main source of Welsh Government funding for local authorities, is a cash increase compared to 2019-20 of 4.3%. Increases for the 22 individual local authorities range from 3.0  to 5.4%. In real terms, the overall settlement is a 2.4% increase.

The total provisional revenue funding for local authorities in Wales in 2020-21 is £4.5bn, which is £184m higher than in 2019-20. This funding is made-up of Revenue Support Grant (RSG) (the general revenue funding provided by the Welsh Government) and Non-Domestic Rates (NDR) (also known as business rates). Combined this funding is referred to as Aggregate External Finance (AEF).

The Minister for Housing and Local Government explains that, unlike recent settlements, there is no funding floor for 2020-21:

Given that every authority will see an increase of at least 3% over 2019-20 on a like-for-like basis, I have concluded that a funding floor is not necessary in this particular instance. 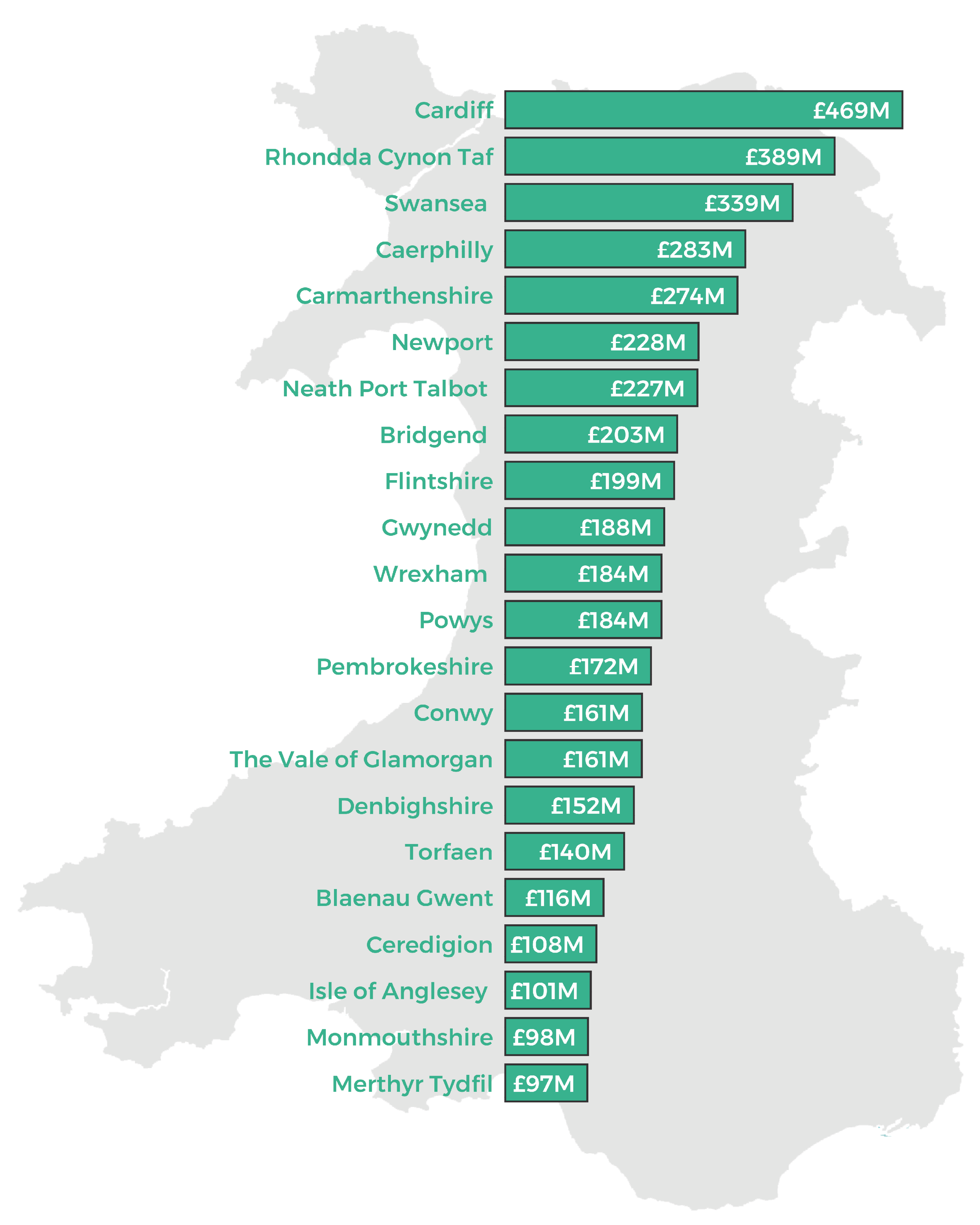 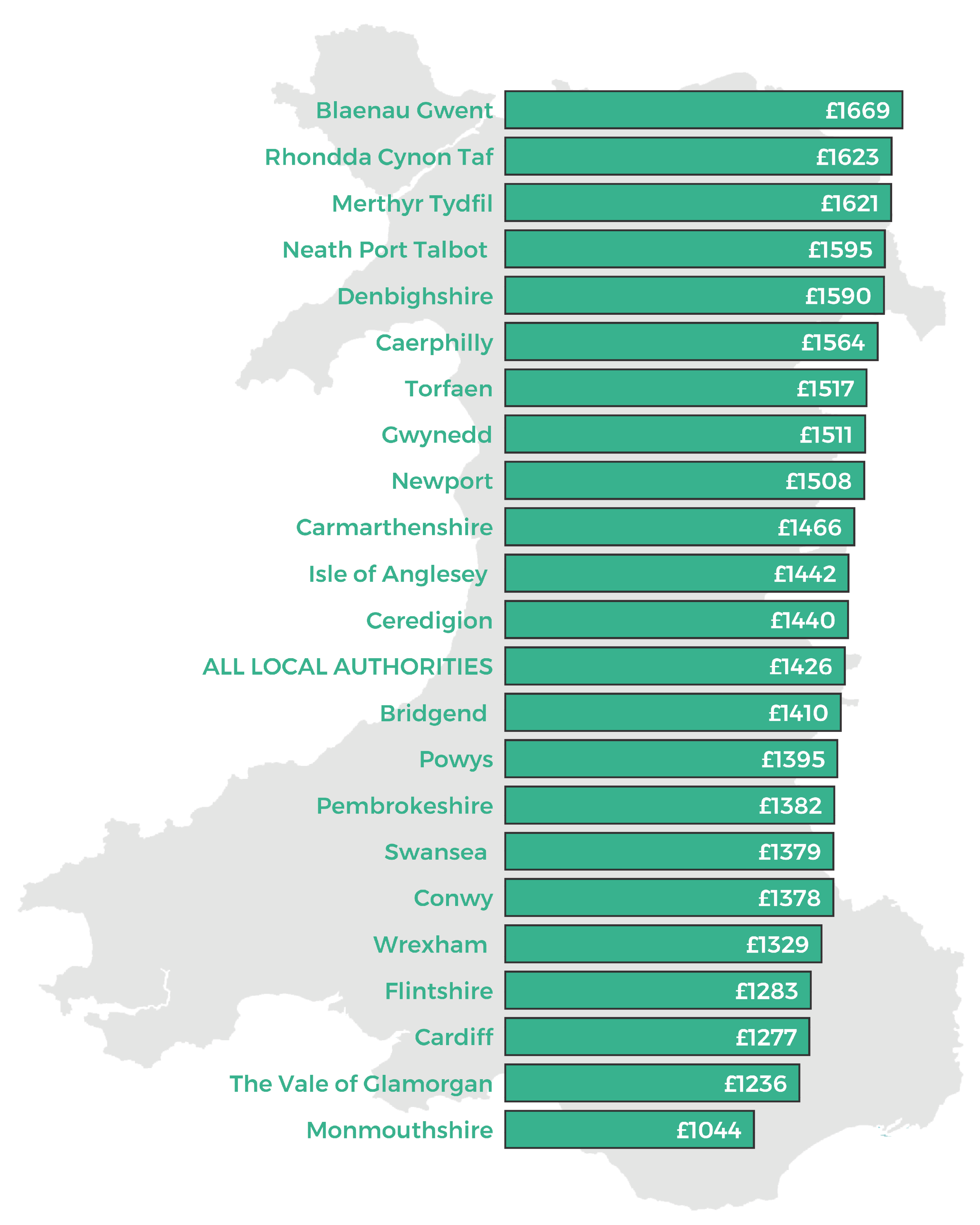 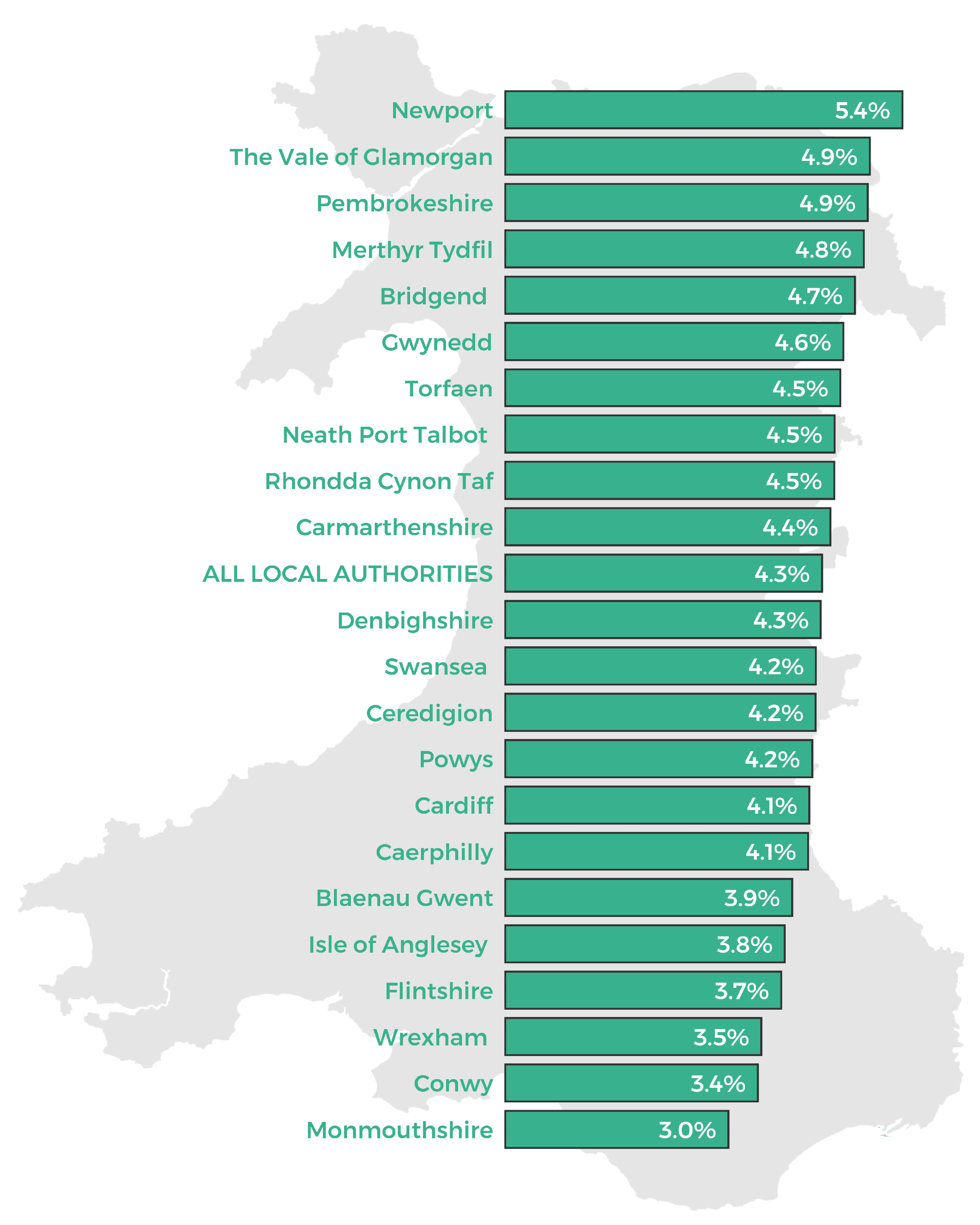 Why is the Provisional Settlement later than usual?

The Provisional Settlement was published on 16 December alongside the Draft Budget, later than would usually be expected.

The Welsh Government delayed publication of the budget due to the UK General Election held on 12 December (see our infographic for a summary of the Draft Budget timeline). The budget had already been delayed due to the UK Government Spending Round 2019 (published on 4 September) and was originally due to be published on 19 November (PDF, 267kb).

Local authorities are required by law to set their budgets by 11 March.

This is the Draft Budget and the Provisional Settlement, so there is still scope for allocations to change and the Minister for Housing and Local Government notes in her letter to local authorities (PDF, 265KB) that:

While I can’t guarantee that there will be no changes between the provisional and final settlements, due to the financial uncertainty that comes with a new UK Government, I can assure you that I do not intend on making any significant changes to the methodology or the data underpinning the distribution of this settlement.

The Minister for Finance and Trefnydd will make a statement on the Welsh Government Draft Budget 2020-21 on 7 January and the Assembly will hold a debate on 4 February. You can watch both live on SeneddTV.

We’ll be publishing more articles on the budget, including on the Final Settlement 2020-21 after it is published on 25 February (debate scheduled for 4 March).

To find out more about the allocations in the Draft Budget, see our interactive visualisation.