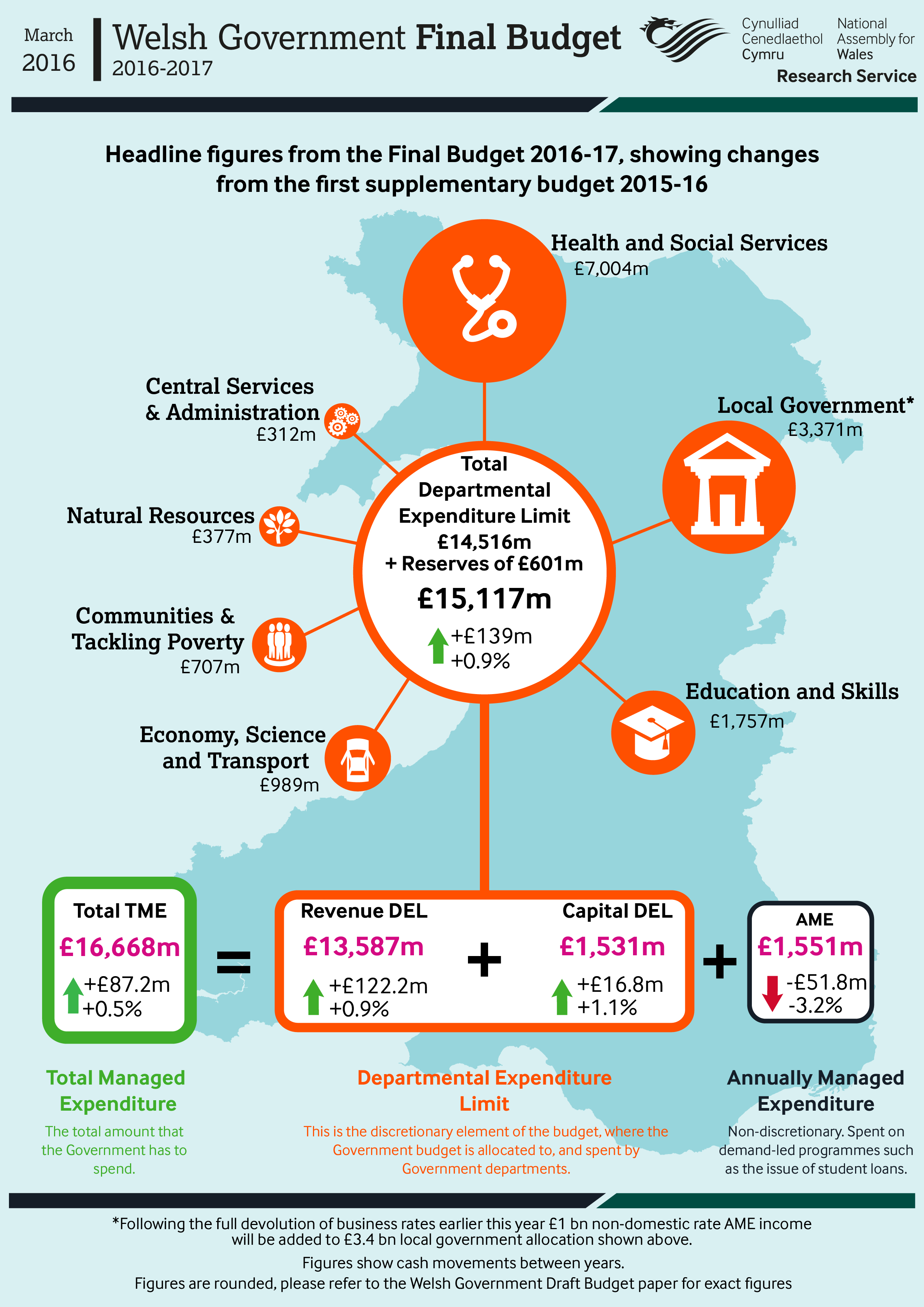 The Final Budget reverses a planned cut of £374,000 to the Welsh Books Council. This funding is transferred from the “Sectors” budget line. Capital- £100 million and £20 million financial transactions (loan) allocations from reserves.

The Draft Budget originally announced a reduction of £41.1 million for the Higher Education Council for Wales (HEFCW) compared to 2015-16 funding for the higher education sector. The Final Budget reduces this to a £20 million decrease. The technical transfer of £21.1 million from HEFCW’s budget, to budget line from which tuition fee grant is now paid will no longer go ahead in 2016-17. The Final Budget documentation also commits to providing a further £10 million funding to the HEFCW budget: £5 million for part-time provision and £5 million for research. This transfer is planned to be shown in the 1st Supplementary Budget 2016-17 rather than in this Final Budget. The Finance Committee has also scrutinised the budgets of the Assembly Commission, Wales Audit Office and Public Services Ombudsman for Wales which are referred to in the budget motion.