Our new UK-EU series summarises key parts of the agreement and what it means for Wales.

This guide explains the post-Brexit institutional framework between the UK and EU, which is summarised below.

While the UK is mainly represented by the UK Government, the devolved governments have attended some meetings. Senedd Research recently tracked which meetings the Welsh Government has attended. The EU is represented by the European Commission, although Member States can also attend.

The Partnership Council supervises and facilitates the implementation and application of the TCA and any UK-EU supplementing agreements.

A duty is placed on the UK and EU to consult civil society on the TCA’s implementation and supplementing agreements. This includes establishing and/or consulting with Domestic Advisory Groups and a Civil Society Forum.

The TCA provides an option to establish a Parliamentary Partnership Assembly (PPA) for parliamentary cooperation between the European Parliament and the UK Parliament. Both have confirmed their delegations will comprise of 35 members, with observers from the devolved legislatures invited to attend.

Our infographic below shows these new forums. 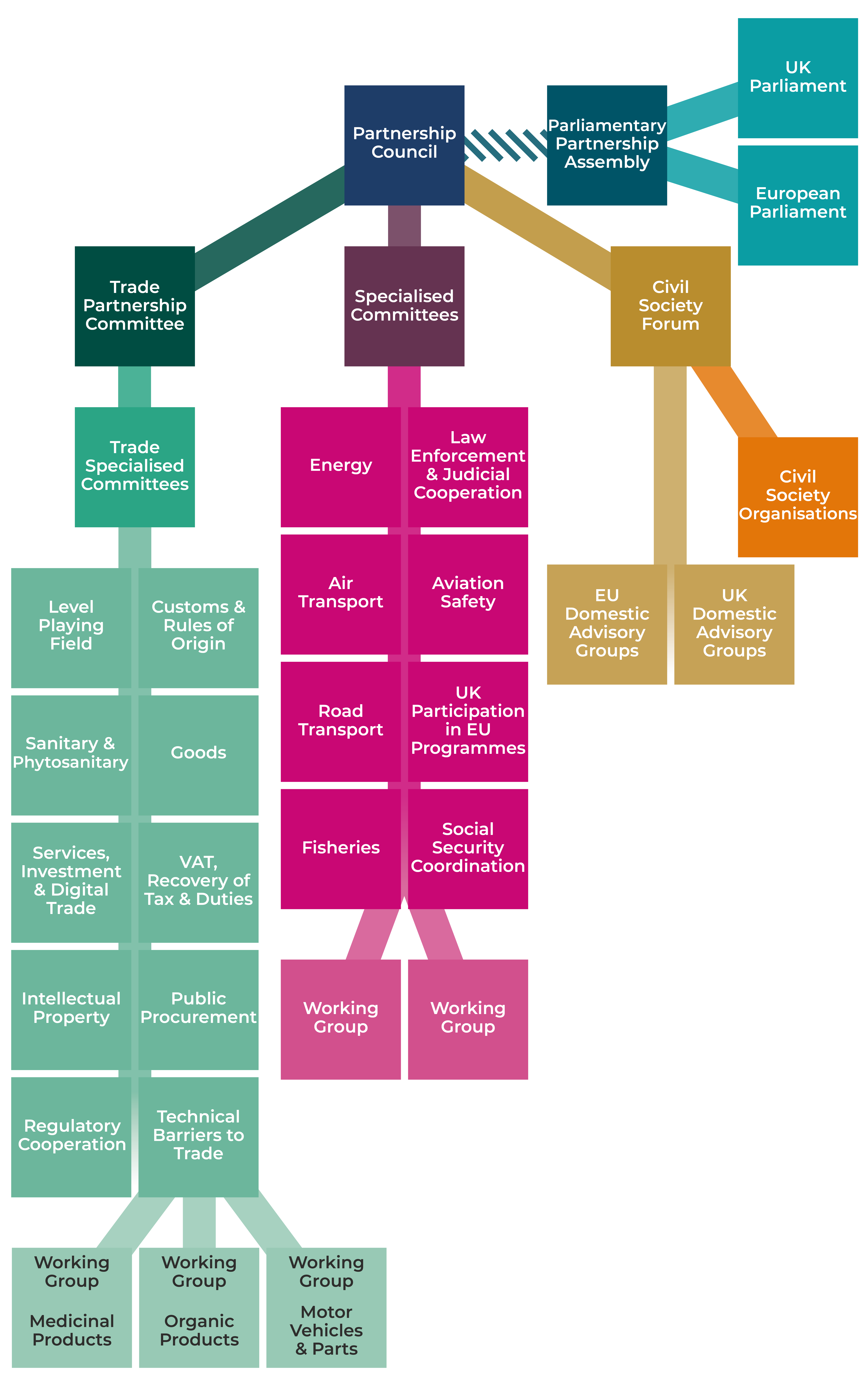