Election 2021: how many people voted?

This is the final article in our election series on turnout which follows on from the results and the diversity of the Sixth Senedd.

Over 2.3 million people are registered to vote in Wales, of these over 1.1 million voted in the Senedd election on 6 May 2021. Based on valid votes, the turnout was 46.6%. ‘Valid votes’ excludes spoilt or disallowed ballot papers.

Turnout in Senedd elections has never reached more than half of the electorate. While the 2021 election had the highest turnout since the Senedd was established, it still falls short of 50%. The graph below shows the turnout percentages of the previous Senedd elections. 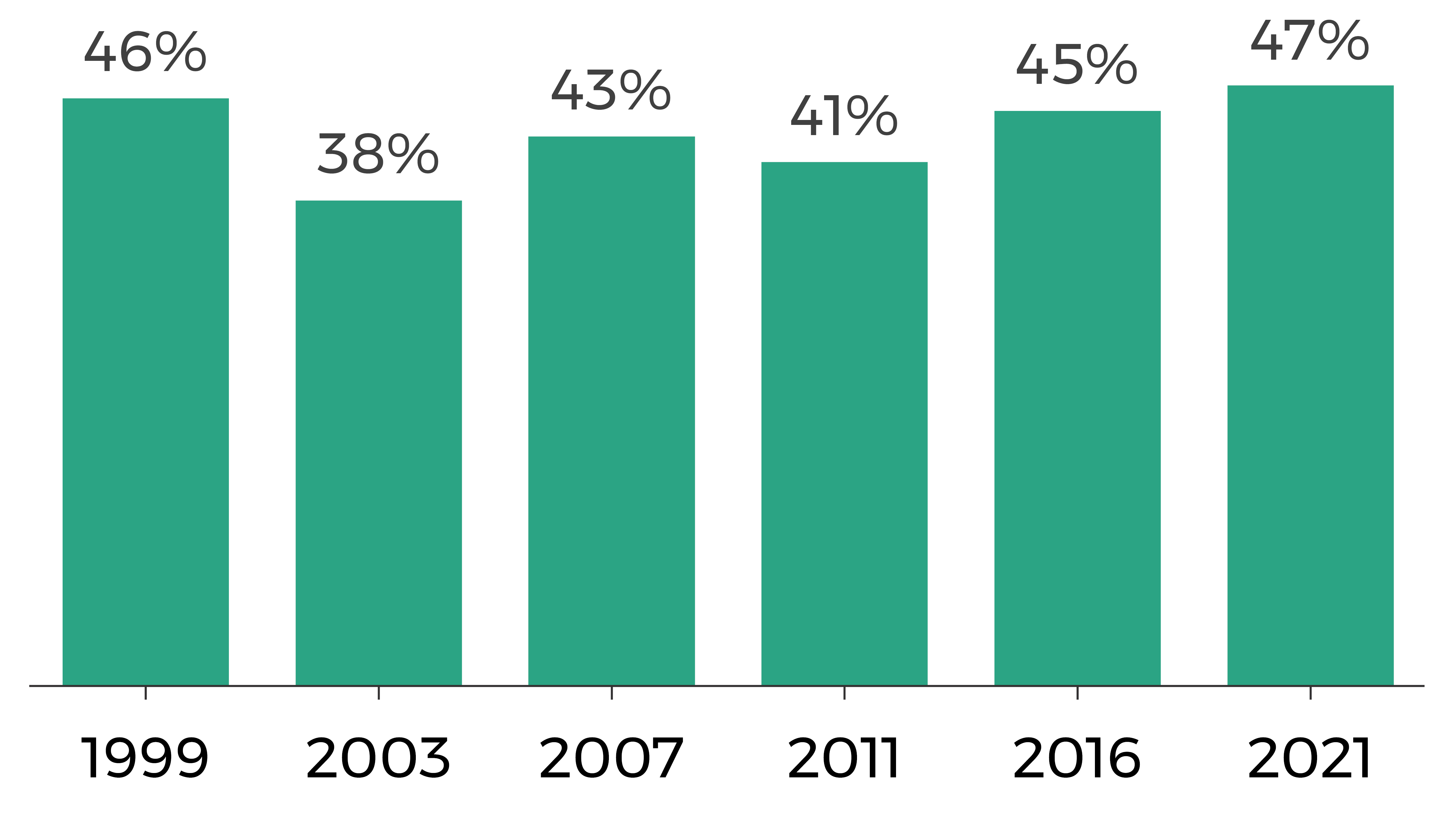 How does this compare to other elections?

At a constituency level, Cardiff North saw the highest turnout at 58.1%, while Merthyr Tydfil and Rhymney had the lowest at 34.8%. In 14 of the 40 constituencies, more than 50% of the electorate cast valid votes.

At a regional level, Mid and West Wales saw the highest turnout at 52.8%, while South Wales East had the lowest at 41.7%.

How is turnout calculated?

There are a few ways to calculate turnout in elections:

This article is based on valid votes cast. Where available, the number of votes cast is taken from information provided by local authorities through Returning Officers and verified using data from the BBC. The percentage point change may differ in some areas from that reported by the BBC due to differences in rounding. Other historical election results are based on information from the Electoral Commission and the House of Commons Library.