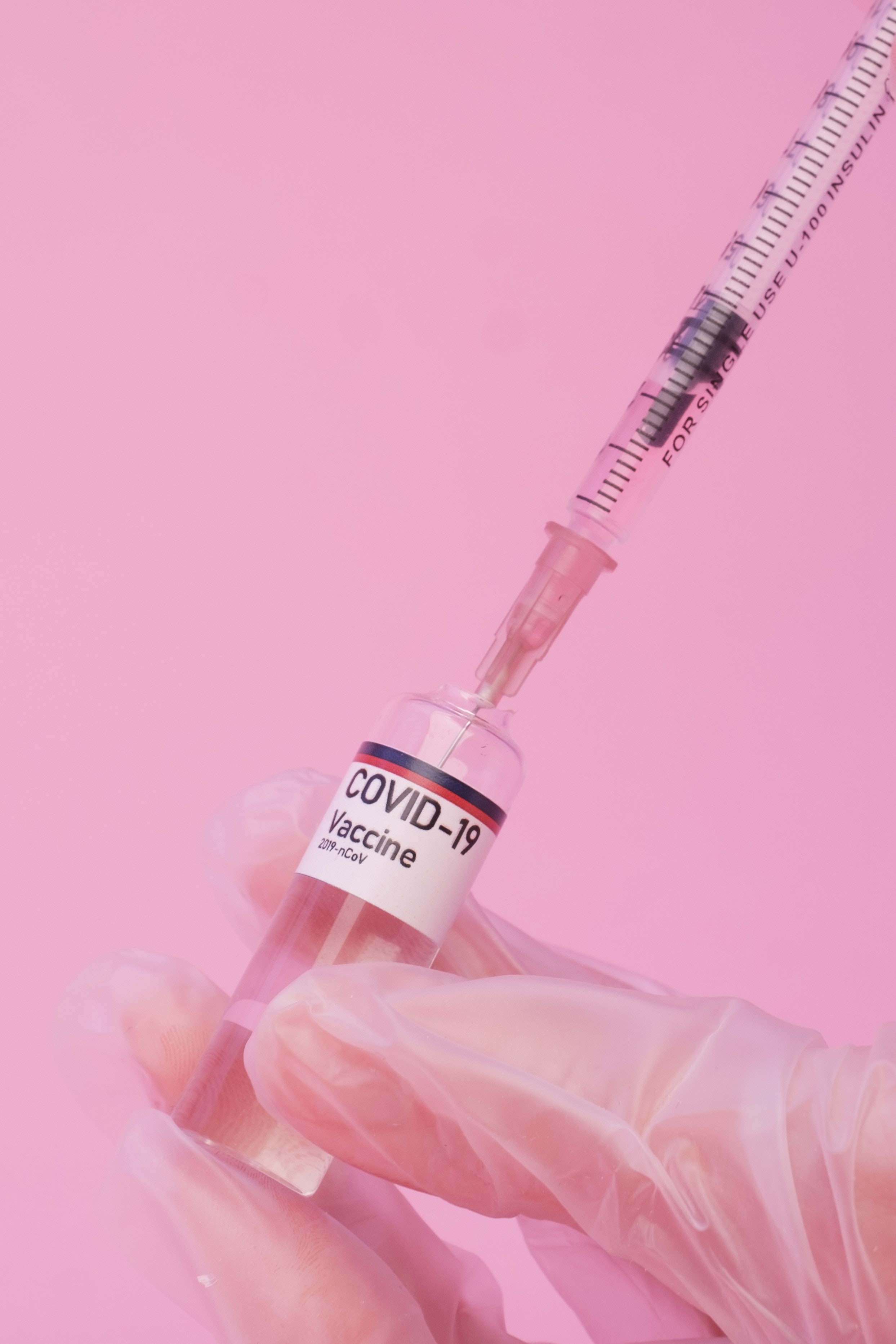 Earlier today we published our article ‘Coronavirus: vaccine deployment update’, which looks at the key milestones and markers in rolling out the coronavirus vaccines in Wales, as well as supply of the vaccines.

This second article focuses on the next phase in the vaccination programme as second doses of the vaccines are administered, and Welsh Government turns its attention to its second priority cohort (i.e. the over 50’s and those who are clinically vulnerable/at risk).

The priority groups for vaccination are based on the advice of the UK’s independent Joint Committee on Vaccination and Immunisation (JCVI).

The JCVI advises that the first priorities for the coronavirus vaccination programme should be the prevention of mortality and the maintenance of the health and social care systems. As the risk of mortality from coronavirus increases with age, prioritisation is primarily based on age.

The same priority list is being followed by all four UK nations and has the support of all four Chief Medical Officers within the UK (see our previous article ‘Coronavirus: vaccine deployment’).

Despite calls for people from certain occupations to be included in the priority list, the First Minister Mark Drakeford MS has repeatedly said that the priority is to focus on the most vulnerable and to vaccinate those in the top priority groups in line with JCVI’s advice. The First Minister has insisted Wales will not deviate from the JCVI’s prioritisation list:

We have to abide by the JCVI's prioritisation list. There are many cases that people can make individually for why that list should be amended, but my view is—and it's the view of all First Ministers, and the Prime Minister, across the country—we have to stick to the advice that the JCVI has provided to us.

If large groups of workers were prioritised at an earlier point it would deprioritise other groups of people who are more vulnerable to harm.

What occupations are the most at risk?

The prioritisation of occupations for vaccination is a policy decision for the Welsh Government.

Welsh Government is coming under increasing pressure from key workers – i.e. those at increased risk of exposure to coronavirus due to their occupation, including police officers and teachers to include them as a priority in the roll-out.

A recent study by the Office of National Statistics (ONS) found that the occupations at highest risk of death from coronavirus were restaurant staff, people working in factories and care workers, followed by taxi drivers and security guards. The study found that nurses were at higher risk of death from coronavirus than their peers. Secondary school teachers did not have measurably higher risk than the average. The study highlights the persistent inequalities in health that the virus has exposed, with many of the highest-risk jobs also being relatively low paid.

Milestone 2 – who is currently included?

Our earlier blog post ‘Coronavirus: Vaccine deployment update’ explains that the Welsh Government’s vaccination strategy is being rolled-out in phases. The first key milestone is to have offered the first dose of a coronavirus vaccine to everyone in priority groups 1 to 4 by mid-February 2021.

Beyond the mid-February milestone, included in the JCVIs priority list are for all those 50 years of age and over, and individuals aged 16 – 64 years with underlying health conditions which put them at higher risk of serious disease or mortality (priority groups 5-9). The Welsh Government’s second milestone is (subject to supply) to offer vaccinations to everyone in these priority cohorts by the Spring. This now includes unpaid carers – they have been added to the sixth group. Yet questions have been raised about how the Welsh Government will identify unpaid carers, (many will not be in receipt of carers’ allowance) .

While Wales is now leading the UK in terms of the rolling rate of total vaccinations given per head, this only applies to first doses. Wales is the lowest UK nation in second doses per population.

Yesterday (8 February), 2,792 people in Wales had received two doses of either of the Pfizer-BioNTech or Oxford-Astrazenca vaccines.

The Health Minister had previously set out that vaccine stock in Wales had originally been held back to offer patients the second dose of a coronavirus vaccine, but as the advice from the JCVI and Wales’ Chief Medical Officer changed on this, the NHS in Wales began offering more people in Wales their first dose of a vaccine.

Our previous blog post, ‘Coronavirus: vaccine deployment’ covers the change in advice on the gap needed between doses of the vaccines currently available in Wales. The British Medical Association Cymru have expressed serious concerns about the change from the three-week delay between doses to a maximum of 12 weeks. However, Ministers insist this advice from the JCVI has been endorsed by all four Chief Medical Officers in the UK, and is a position supported by Public Health Wales:

So, our position on that is in alignment with what the JCVI evidence suggests. So, the priority is to save lives, and saving lives is primarily by vaccinating more individuals in the highest vulnerability groups. When the analysis of the evidence and the data of the trials were analysed at the JCVI, it became clear that, if you take the period after 15 days to 22 days post the first dose of vaccination, the amount of protection offered by the Pfizer vaccine was close to 90 per cent—it was 89 per cent—and that with the Oxford-AstraZeneca vaccine was around 73 per cent. And therefore, even with the manufacturers' recommendation for the Oxford-AstraZeneca, the interval between the first dose and the second dose is recommended as a range between four to 12 weeks, whereas in the Pfizer vaccine, there was an amendment to the regulatory authority's approval, which said the second dose should be at a minimum of three weeks and beyond. So, the pragmatic decision around the 12-week period was on the back of that discussion.

A new study published last week by researchers from the University of Oxford - but which hasn’t yet been peer reviewed, shows that the Oxford-AstraZeneca vaccine offers protection of up to 76 per cent up to 12 weeks after a single dose. The study also showed that after a second dose - efficacy of the vaccine is 82.4 per cent, if the interval between vaccines is three months.

Viral mutations are not new, and there are currently four mutations of the coronavirus that are of concern and are being closely monitored in the UK. One of these originated in England (Kent).

According to Wales’ Technical Advisory Cell – which provides scientific and technical advice to the Welsh Government on the pandemic, the UK variant has now become the most dominant strain of the virus circulating in Wales. Dr Giri Shankar, from Public Health Wales told Members of the Senedd’s Health, Social Care and Sport Committee on 27 January that, not only is the UK variant more transmissible, but initial indications suggest the mortality rate could also be slightly higher.

The rapid spread of the new variant has been blamed for the sharp rise in coronavirus cases before Christmas, and the introduction of Alert 4 level restrictions on 20 December across Wales.

In terms of the likely impact of the new variant on the vaccine, Dr Shankar explained:

It is still an emerging picture, but there is some confidence, now—greater confidence—that at least the UK's variant is not going to make the vaccine ineffective.

There is less certainty about the South African variant, where there is still emerging information. Dr Shankar warned of the need to be “vigilant” of imported strains – one from South Africa and two from Brazil.

The current lockdown restrictions mean that people are looking to the vaccination programme not only to protect the most vulnerable from the virus but to help ease restrictions, particularly to allow schools to re-open and parents to return to work.

The scientific advisors tell us that existing strategies such as social distancing will be more effective - in the short term at least, in bringing cases of coronavirus down and preventing the spread of the virus than the vaccination programme.

The exact percentage of the UK population that would need to be vaccinated to allow a return to ‘normal life’ will depend on a number of factors, including how infectious the virus is and how effective the vaccines are.

Surveillance by the JCVI will look at the rate of protection as the vaccination programme progresses. (With measles for example, 95 per cent of people need to be immunised for everyone to be protected).

It is unclear when the Welsh Government will start to publish coronavirus vaccine uptake data for Wales. However, at yesterday’s press conference (8 February) the Health Minister identified the need to ensure messages about the vaccine get to Black, Asian and Minority Ethnic Groups (BAME) specifically. The Health Minister has previously committed to working with community groups to ensure ethnic minorities are not ‘put off’ from taking the coronavirus vaccines due to misinformation.

Meanwhile, the Welsh Government is pushing forward with its plan to vaccinate as many people as quickly as possible, concentrating on giving the vaccine to the most at-risk groups.