There are currently no legal barriers to prohibit the use of wild animals in circuses in Wales.

A petition calling on the Welsh Government to ban the use of wild animals in circuses in Wales was considered by Petitions Committee on 23 January 2018.

Receiving 6398 signatures, the issue will now be debated in Plenary on 7 March.

Some circuses in the UK currently tour with wild animals including camels, reindeer, and zebras. Wild circus animals are usually captive bred, however the RSPCA states that this does not mean that they are tame and that circus life is likely to have a harmful effect on their welfare.

There are currently no circuses with wild animals in Wales, however they do visit.

The issue has received considerable public attention and was the focus of a previous petition in the Fourth Assembly (P-04-653). Submitted by RSPCA Cymru, the petition called for a ban on the use of wild animals in circuses. The then Deputy Minister for Farming and Food, Rebecca Evans AM, responded to the petition by announcing an independent review of the evidence on welfare of animals in travelling and non-travelling circuses. 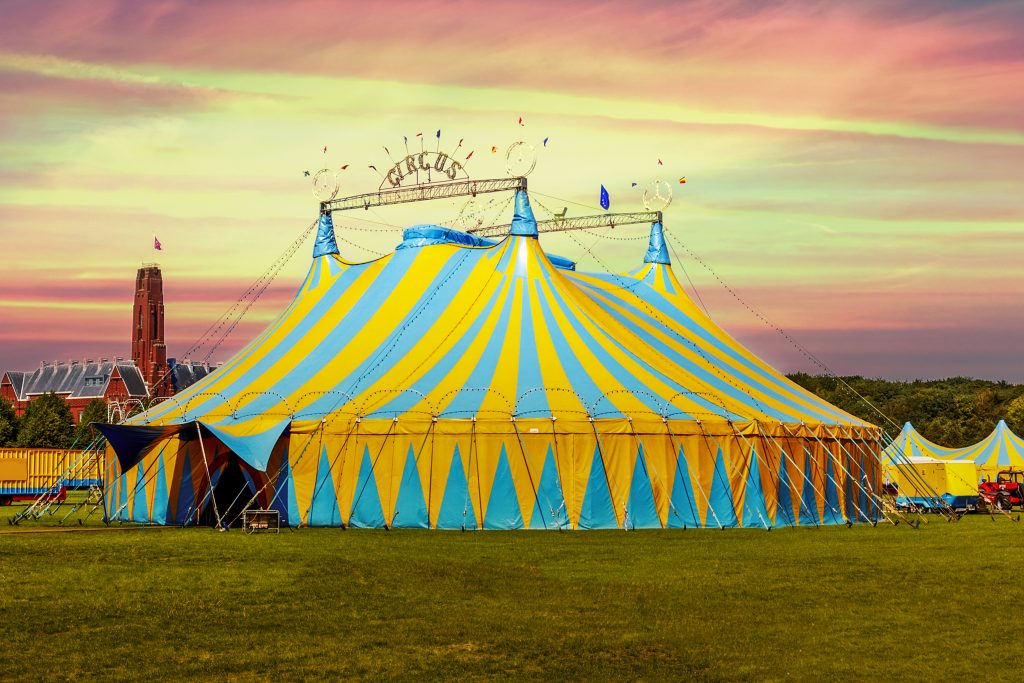 This report highlights a survey by the RSPCA (updated in 2016) that found ten Welsh local authorities had banned circuses on their land.

The then Cabinet Secretary for Environment and Rural Affairs, Lesley Griffiths AM, set out in a written statement on 15 December 2016 that she was keen to address the welfare of animals used by Mobile Animal Exhibits (MAEs) including circuses. Examples of MAEs include travelling falconry and hawking displays, exotic pets taken into schools for educational purposes, reindeer at Christmas events and travelling circuses. It highlighted that her officials were working on a licensing or registration scheme for MAEs, which would address inspection and enforcement. At the beginning of 2017 there were at least 53 MAEs in Wales.

The Welsh Government then consulted (17 July to 8 October 2017) on the feasibility of the licensing or registration system for MAEs that use domestic and exotic animals in Wales. The consultation document highlighted the following situation in Wales:

MAEs are diverse and there is no standard licensing regime or requirements for routine inspection. Some MAES are registered under The Performing Animals (Regulation) Act 1925. This is a lifetime registration with no specific inspection requirements. As such, it is unlikely that the welfare standards of many of Wales’ performing animals are regularly assessed.

The consultation also sought views on banning the use of wild animals in circuses.

A written statement and a summary of responses from the consultation were published by the Welsh Government on 14 December 2017. In light of the ‘majority of respondents’ agreeing that there should be a licensing or registration regime for MAEs (with most favouring licensing over registration), the written statement indicated that the Cabinet Secretary has tasked officials with the development of a licensing scheme for MAEs. This will be subject to a public consultation in 2018 and a Regulatory Impact Assessment.

On the matter of a ban, the summary of responses states:

The strong feeling amongst respondents regarding a ban on the use of wild animals in circuses in Wales must be acknowledged. Officials will continue to work with Defra and the Devolved Administrations to consider cross-border issues.

RSPCA Cymru believe that the information and evidence gathered in support of a ban, is sufficient for a ban to be introduced under Section 12 of the Animal Welfare Act 2006, saving parliamentary time.

In her most recent statement on the matter in February 2018 the Cabinet Secretary announced her intention to ban the use of wild animals in circuses.

I am exploring opportunities to bring forward legislation to ban the use of wild animals in circuses in Wales. I intend to learn from the recent scrutiny of the Wild Animals in Travelling Circuses (Scotland) Act 2018, particularly discussion of ethical and welfare arguments for a ban.

In May 2017, Scotland became the first country in the UK to introduce legislation outlawing wild-animal circuses; the Wild Animals in Travelling Circuses (Scotland) Bill. This followed a public consultation in 2015, which found that 98% of respondents were in support of a full ban. The Bill received Royal Assent on 24 January 2018.

The UK Government has considered banning the use of wild animals in circuses on ethical grounds for many years, but has not yet brought forward legislation. On 20 February 2017, a private Members bill entitled Wild Animals in Circuses (Prohibition) Bill 2016-17 was introduced in the House of Commons. Covering England only, it was expected to have its second reading on 12 May 2017. However, following the UK General Election, the Bill fell.

The Welfare of Wild Animals in Travelling Circuses (England) Regulations 2012 requires that all travelling circuses that use wild animals in England must be licensed. Guidance (PDF 654KB) was introduced in November 2012 that contains animal welfare standards to be complied with by licence holders.

Northern Ireland has not yet made any firm commitment with regard to banning the use of wild animals in circuses.