Changes in overall budget allocations, and in allocation of revenue and capital expenditure between the previous Supplementary Budget and this one, are summarised in the accompanying chart. 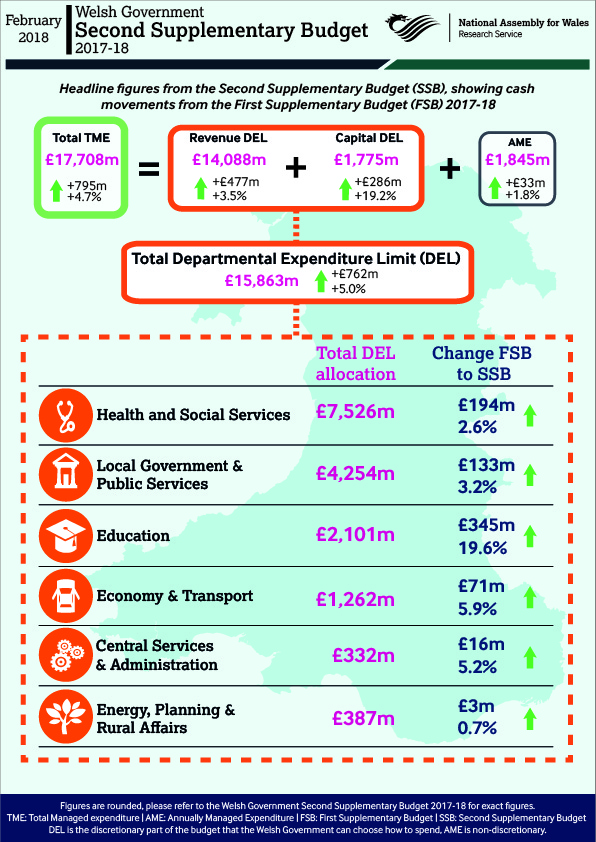 There are significant changes in this Supplementary Budget, including a number of allocations from reserves, switches between revenue and capital, and transfers between portfolios. It includes adjustments to the Welsh block to reflect transfers and consequentials received in the UK Government’s Autumn Budget 2017, and also changes in Annually Managed Expenditure forecasts in line with updates provided to HM Treasury.

Documents published alongside the Supplementary Budget motion includes an Explanatory Note which provides details of:

The major additional funding allocated in this budget from reserves is: