Unlocking the data on Welsh Prisons

Cardiff University’s Wales Governance Centre published ‘Imprisonment in Wales: A Factfile’, a set of Wales-specific data examining the prison system on 5 June 2018. The report adds to academic literature and increasing public debate on devolving criminal justice in Wales. Specifically, it aims to contribute to debates over the current and future penal landscape in Wales.

Assembly Members will have the opportunity to debate the report in plenary on Tuesday 9 October 2018.

The prisoner population in Wales is male only, and was 4,424 at the end of August 2018 (Ministry of Justice’s Prison Population Statistics). Prisoners are held across five sites in Wales, each prison having a different profile, function and security category. There is no female prison in Wales, with many female prisoners being held at HMP Eastwood Park or HMP Styal in Cheshire, and there is relatively little provision for juvenile and young offenders. 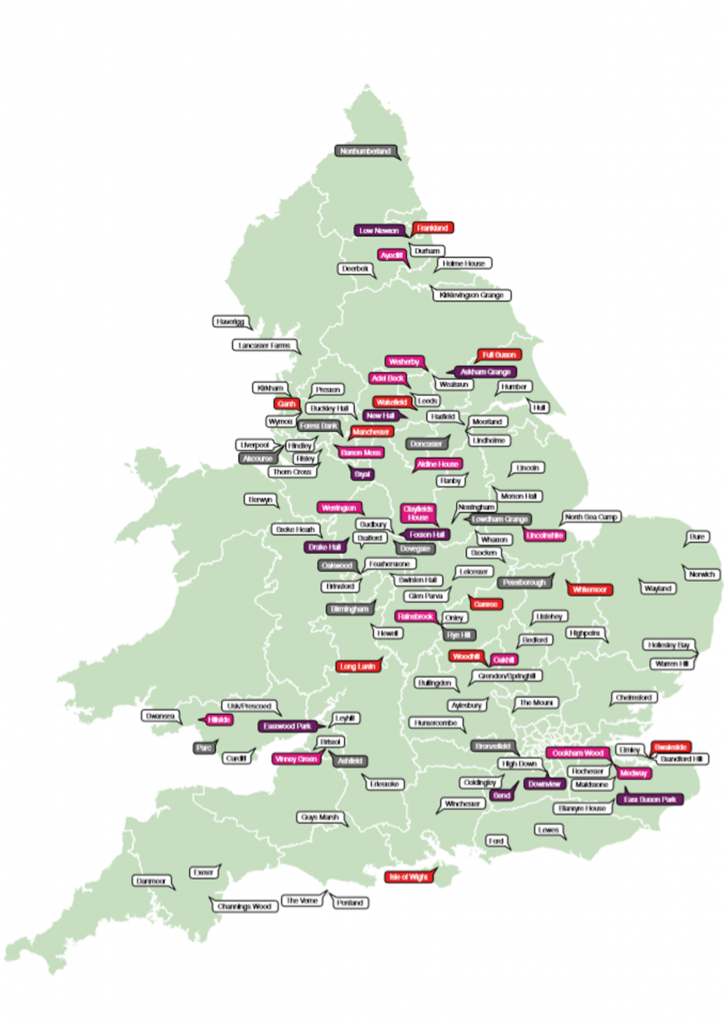 The Wales Governance Centre report states that prison capacity has steadily increased since 2010. It states that following the construction of a new ‘house-block’ on the existing site in 2015, HMP Parc in Bridgend is one of the largest prisons in England and Wales. In August 2018, there were a total of 1,617 prisoners being held there. The opening of HMP Berwyn in North Wales added further prison capacity in Wales, which is expected to reach 2,100 places - making it the largest prison in the United Kingdom.

Key findings from the report include:

There were more prison disturbances at HMP Parc in 2016 and 2017 than at any other prison in England and Wales.

Is this report significant?

The ‘Imprisonment in Wales’ report offers a statistical overview of the prison system, providing for the first time disaggregated ‘Welsh-only’ data to help better scrutinise how well the prison system is working. This has come at an opportune time when the Welsh and UK Governments are both reviewing justice policy in Wales.

The House of Common’s Welsh Affairs Select Committee is currently holding an inquiry on Prison provision in Wales, focusing on provision for women prisoners and young offenders in Wales, Welsh language provision in prisons, cross border issues including the placement of prisoners from Wales in English prisons, and the potential for new prisons in Wales.

In Wales, the Commission on Justice in Wales was established in September 2017 by the First Minister, Carwyn Jones AM, to review the operation of the justice system, and to consider what arrangements need to be put in place to ensure Wales has a justice system that is fit for purpose. It is scheduled to report in 2019.

Further, recent plenary debates have highlighted concerns over prison safety and the rising levels of violence in Welsh prisons, as well as the strength of opposition to the UK Government’s decision to increase prison capacity by building new prisons in Wales, specifically a new ‘super prison’ in Wales at a site in Port Talbot.

Importantly, the report also contributes to the ongoing debate about penal policy in Wales, and political accountability for criminal justice under the new devolution settlement in the Wales Act 2017.

There are a number of significant challenges for the Prison Service and these issues are not unique to Wales. Recent reports highlight challenges relating to prison safety, mental health in prisons, older people, use of psychoactive substances, the vulnerabilities of women in the criminal justice system and transgender prisoners.

The UK Government’s November 2016 White Paper ‘Prison Safety and Reform’ sets out how some of these challenges will be met and the impact on Wales and Welsh prisoners that will need to be considered. However, while responsibility for tackling many of the issues undoubtedly lies with the UK Government, the Welsh Government does have significant influence over many of them, including devolved responsibility for prison healthcare, tackling substance misuse, safeguarding children, prison education and promoting the Welsh language. It is a reminder that despite the complex relationship between devolved and non-devolved responsibilities (which can make it difficult for public bodies), policies and legislation made in Wales can impact on criminal justice.

For example, the Social Services and Well-being (Wales) Act 2014 includes provision for the care and support needs for adults and children in prison, youth detention accommodation or bail accommodation.

Arguably, there is at the centre of this debate about imprisonment in Wales - to which this report contributes, an accountability issue that still needs to be resolved. As a previous Wales Governance Centre report has highlighted, scrutiny in the National Assembly for Wales is undoubtedly fragmented ‘as there is no Minister for Justice in Wales, and no Committee with a specific responsibility for justice’. Tuesday’s debate therefore, provides Assembly Members with an opportunity to scrutinise the Welsh Government’s approach to imprisonment in Wales, and to hold them to account for areas of devolved responsibility within the Welsh prison estate.