Following the publication in late 2017 of its State of the Nation 2017: Social Mobility in Great Britain report, all four members of the UK Government’s Social Mobility Commission decided to stand down from their roles on the Commission, citing concerns about the lack of progress towards a ‘fairer Britain’.

The State of the Nation report warned that:

Britain is a deeply divided nation. Those divisions take many forms. Class, income, gender, race. In recent years, each has been the subject of much scrutiny. But one form of division that has received far less attention is that based on geography.

So, what is the state of social mobility in Wales?

Analysis undertaken by the Social Mobility Commission shows that almost a quarter (23%) of all individuals in Wales live in poverty – ‘higher than in all regions in England and Great Britain, except London and the West Midlands’. While the Joseph Rowntree Foundation’s UK Poverty 2017 report, explains that of the four UK nations, Wales consistently has the highest levels of poverty, and these levels are only slightly lower than London, and similar to those of the North East. 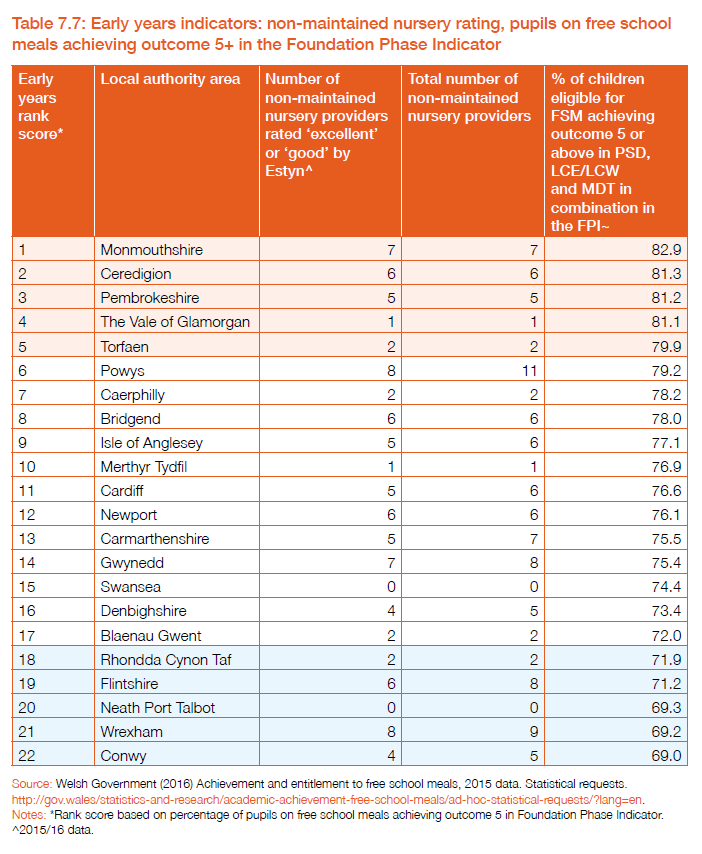 The Social Mobility Commission’s State of the Nation report provides a breakdown of the performance of each local authority area across four life stages – early years, schools, youth and working lives. Early years performance indicators are ‘non-maintained nursery rating’ and ‘the proportion of pupils receiving free school meals achieving an outcome of 5+ in the Foundation Phase Indicator’.

There is no strong correlation between rural and urban outcomes at this life stage, with both types of areas having strong and weak performers. There is some correlation between levels of deprivation and early years outcomes. Youngsters from disadvantaged backgrounds in areas with the lowest concentration of deprived places, such as Ceredigion and Monmouthshire, are generally achieving better outcomes than those in areas with some of the highest concentration of deprived places, such as Rhondda Cynon Taf and Neath Port Talbot. 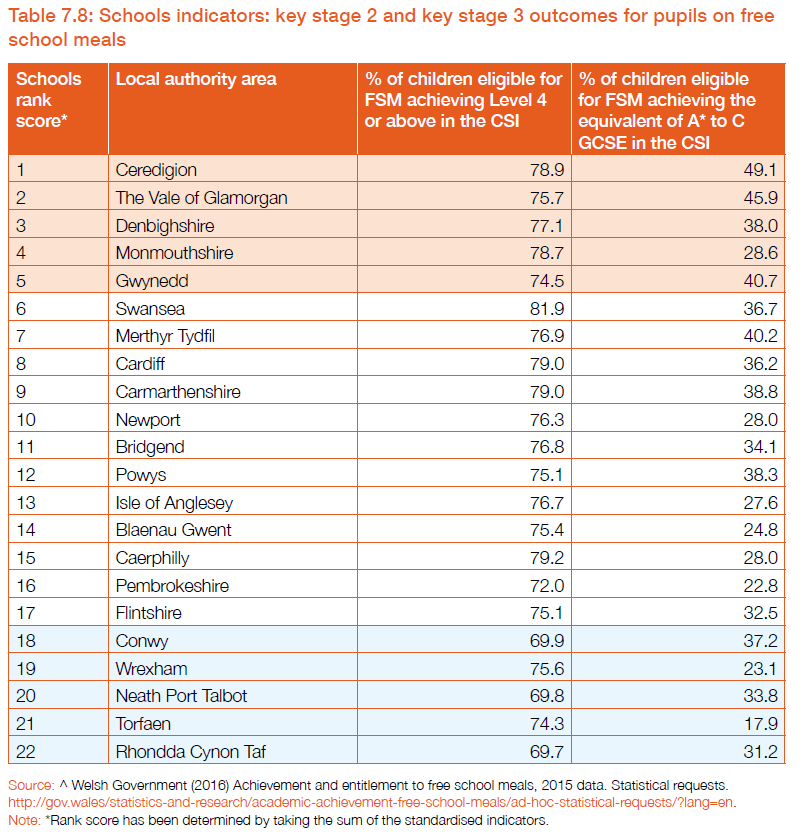 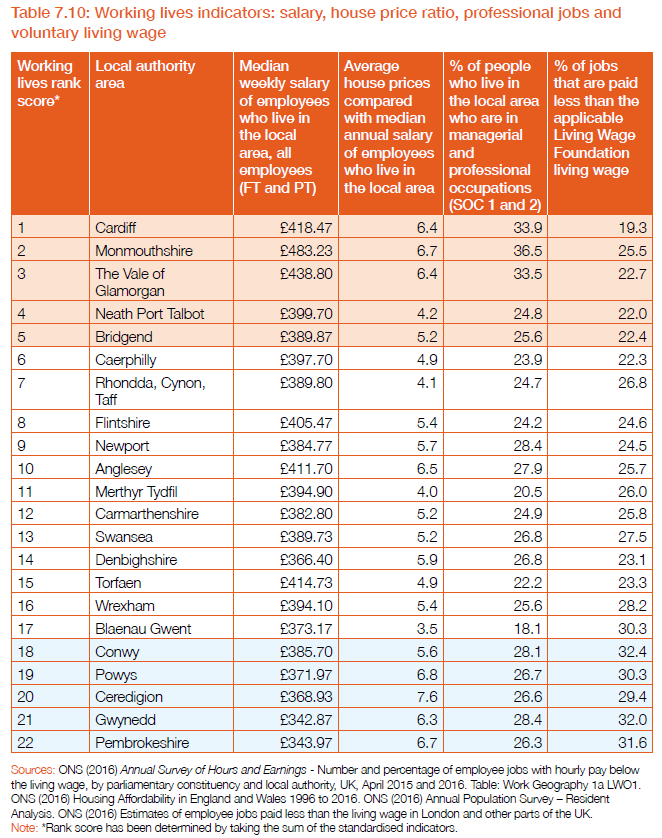 The State of the Nation report performance indicators for working lives are salary, house price ratio, the percentage of people in professional jobs and the percentage of jobs receiving less than the voluntary living wage.

The report states that south Wales dominates the best performing local authority areas in relation to working lives, with Cardiff having the second highest proportion of residents in professional and managerial jobs and the lowest percentage of jobs that are paid less than the living wage. Areas in the west of Wales – Pembrokeshire, Gwynedd and Ceredigion – score poorly for work life, with the report suggesting that ‘employment is limited in these areas, with half of all jobs located in south east Wales’.

The report goes on to note that:

Apart from Cardiff, the major cities in Wales do not provide the best outcomes for their residents in their working lives. Newport, Swansea and Wrexham all deliver average outcomes on jobs, wages and housing. This is similar to the outcomes of English cities, which also do badly in this life stage, but a key difference is that whereas in England the most expensive places to live are the cities, in Wales housing is most expensive in the more rural, but affluent, areas, such as Ceredigion, Monmouthshire and Pembrokeshire.

According to the State of the Nation report, median weekly salaries are lower in Wales than in England - £393 compared to £434 – which it believes can partly be explained by a lack of high earners, stating that Wales has a high proportion of jobs in retail and wholesale, and health and social care, which are typically lower-paid sectors. 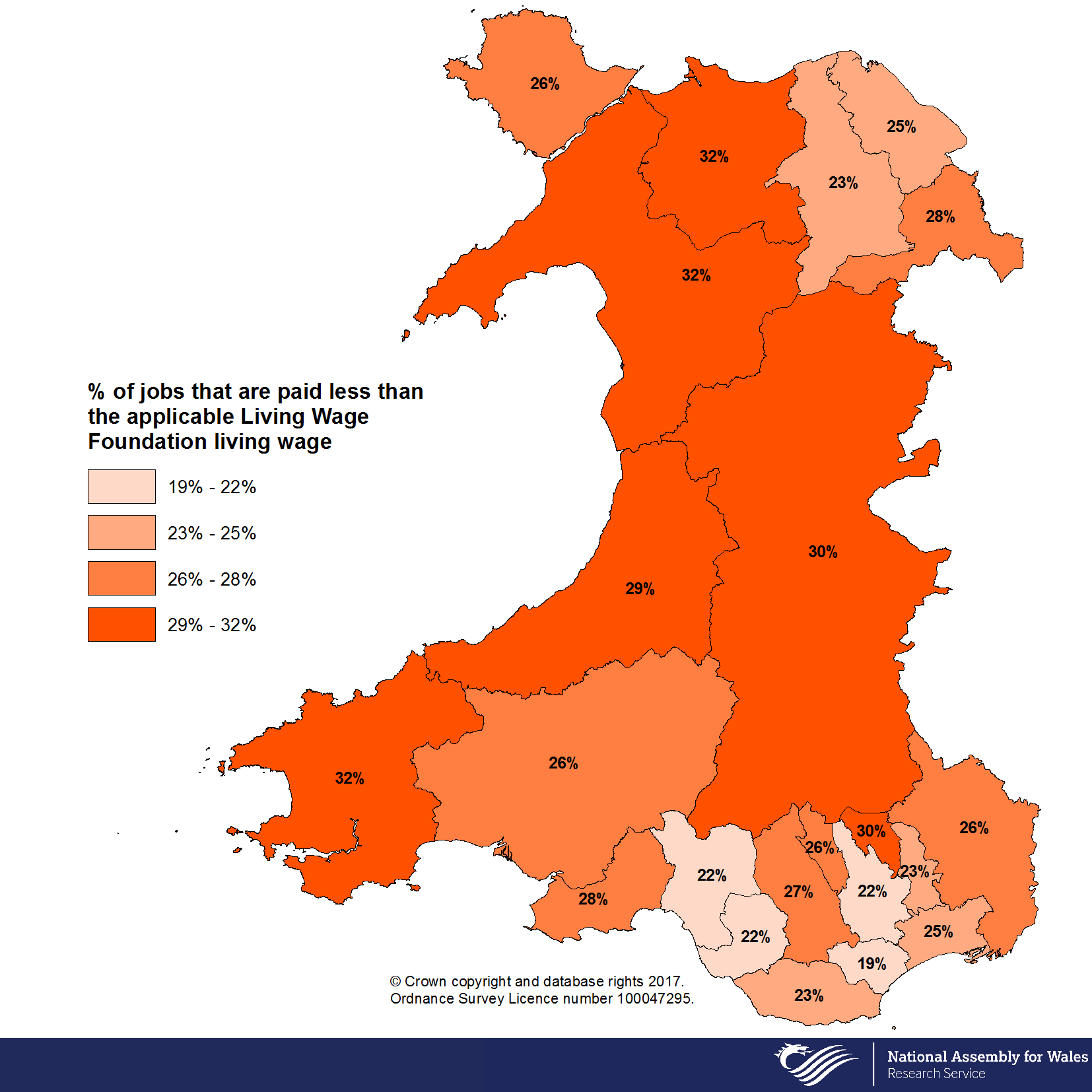