In November 2021, the Minister for Rural Affairs and North Wales, and Trefnydd Lesley Griffiths, launched a consultation to review the strategy. The Senedd’s Economy, Trade and Rural Affairs (ETRA) Committee undertook a short inquiry into the refresh in April 2022.

This article explores what the Committee found, recommendations made and the response from the Welsh Government.

New herd incidents are down, but the Welsh Government has more to do to meet its eradication targets

Data show annual new herd incidents are down by 56% since the TB Eradication Programme for Wales was introduced in 2008. The Welsh Government attributes the upward trend in cattle slaughtered since 2014 to higher sensitivity testing. 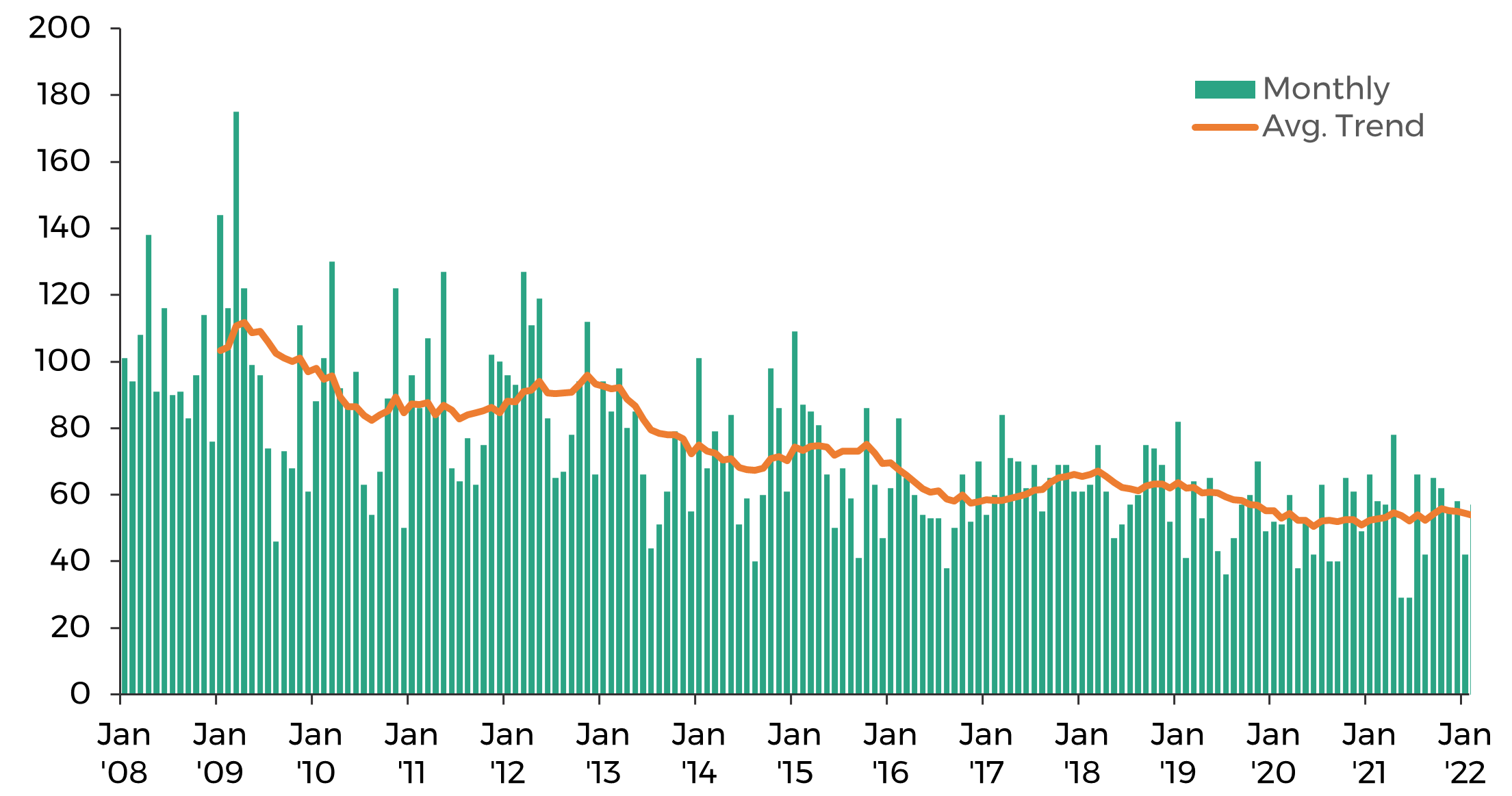 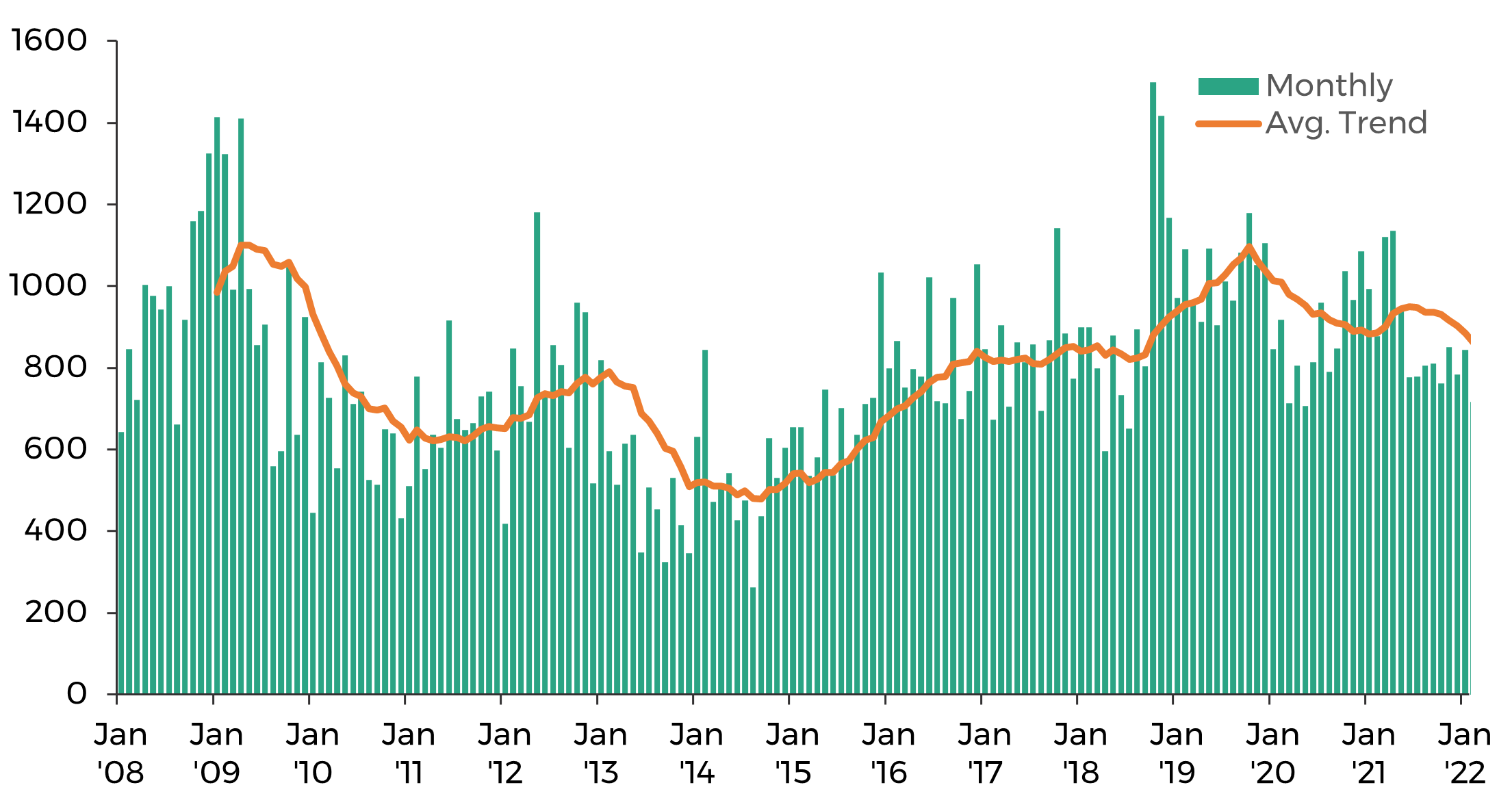 On 28 April, the ETRA Committee held a one day inquiry focusing on three key areas of the consultation:

The Welsh Government should work more with farmers

The Committee heard unanimous support for greater engagement with farmers and the industry. Veterinary epidemiologist Professor James Wood said sharing responsibility between the Welsh Government and farmers will be vital for developing and implementing a successful policy. Witnesses attributed the success of England’s TB Advisory Service to its engagement with farmers.

Balancing the costs, risks and benefits of new testing requirements

The movement of cattle with undetected infection is the most likely way disease spreads to new areas. The Welsh Government uses Pre (PrMT) and Post (PoMT) movement testing to help reduce TB spread.

The consultation proposed expanding PrMT and PoMT requirements by:

Professor James Wood told Members, “England and Wales use the least sensitive tests as screen tests of any countries in the world”.

Increasing sensitivity comes at the expense of specificity – better identification of infected cattle but more false positives. The farming unions were concerned about false positives. RSPCA Cymru recommends higher sensitivity testing but wants clear plans for when false positives are suspected, particularly for farms with a history of being disease free.

Both farming unions supported the reintroduction of PrMT in low risk areas. However, they were concerned about the socio-economic impact of stricter PoMT requirements.

The UK is currently facing a shortage of vets. NFU Cymru said, “veterinary resource should be focussed on supporting the farmer with managing the breakdown”, reducing the severity of the outbreak, not routine testing.

Informed purchasing requires sellers to provide the TB testing history of cattle at public sale. This allows buyers to assess disease risk. The current system is voluntary, but the Minister started work to make it mandatory in 2019.

NFU Cymru is concerned that mandatory informed purchasing could create a two-tier system where animals perceived to be higher risk are under-valued. FUW warned farmers would sell their animals outside of Wales if the system is not rolled out across the UK.

Professor James Wood argued for mandatory informed purchasing for private sales because of the critical role of local movement in transmission between farms. RSPCA Cymru said there should be implications for buyers who fail to take notice of TB information and make risky purchases.

The Welsh Government is developing a multi-species traceability database, EIDCymru, to help limit the impact of disease outbreaks. The farming unions welcomed the introduction of the database but are concerned about compatibility with other UK nations.

Possible changes to the compensation system

Farmers are paid for cattle slaughtered because of TB. In the current system, a valuer individually assesses the market rate of each animal. The Welsh Government described the current system as “unsustainable”, and aims for a “fair and proportionate” approach that “reflects the financial resources available”.

Alternative compensation systems were proposed by the Welsh Government based on a tabular valuation system where an average market price is used to calculate compensation.

RSPCA Cymru said the tabular proposals for compensation were reasonable. In their view, farmers should formulate and comply with a robust TB plan to be eligible for compensation.

The Welsh Government has ruled out a badger cull and is exploring options for badger vaccination.

RSPCA Cymru welcomed the focus on cattle rather than wildlife in the consultation stating transmission risk is primarily from cattle movements. The farming unions called for further control measures to prevent transmission from wildlife populations.

The Committee’s findings will be debated in the Senedd on 13 July. You can watch it live on Senedd TV.

Senedd Research acknowledges the parliamentary fellowship provided to Michael High by the Engineering and Physical Sciences Research Council which enabled this Research Article to be completed.