Since December, Wales has a new First Minister. Mark Drakeford takes up the role at a crucial point in the Brexit process, and this blog post looks at his priorities for Brexit in Wales.

In a statement in Plenary on 8 January, the First Minister said that his main consideration for Brexit was to protect jobs and businesses in Wales. He emphasised that this meant no tariffs or other barriers to trade, and no disruption to supply chains. This reflects the motion that the Assembly agreed on 4 December, which rejected the Brexit withdrawal agreement. The First Minister also mentioned migration as a priority, saying that the system should be fair to EU citizens living in Wales, and pointed to the effect of immigration changes on the viability of the NHS and other public services.

In the statement, the First Minister outlined what he would like the Prime Minister to do next, describing the following as the ‘best recipe’ for Wales and the UK:

Even at this late stage I hope that the Prime Minister succeeds in securing a better deal, one which aligns more closely with our ambitions as set out in 'Securing Wales' Future'. If the UK Government cannot do its job it should ask the European Union for an extension of the article 50 Brexit date of 29 March and then provide the whole of the United Kingdom with the opportunity to provide a clear mandate for the way forward, through a general election or a public vote. 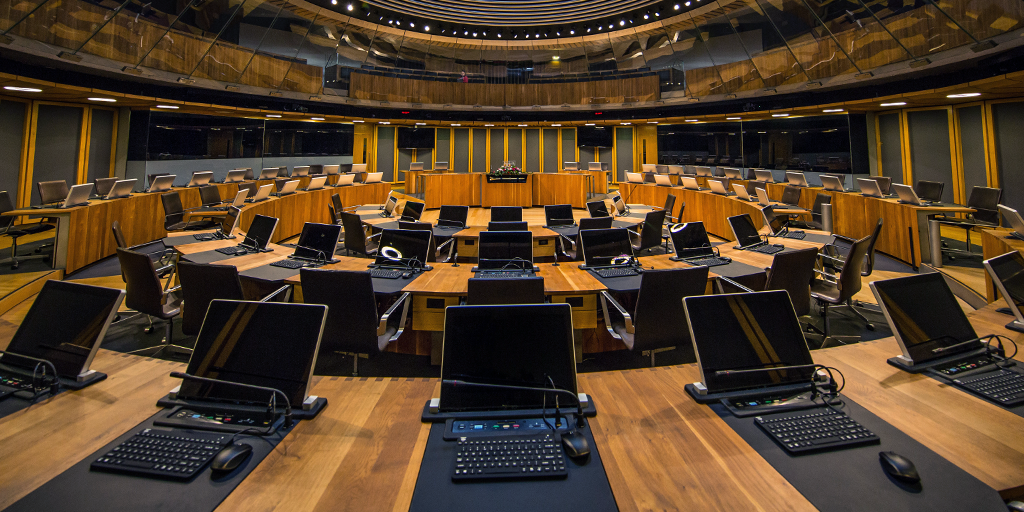 On 13 December, the First Minister announced his Cabinet and other Ministerial appointments. In his written statement, the First Minister called Brexit ‘our greatest challenge’ and stated that the Welsh Government needed to prepare for all outcomes.

He said that he is retaining Ministers in posts where their experience of Brexit preparation is key—for ‘continuity of political oversight’—while creating a new post to reflect the priority of international relationships and trade. Therefore, Ken Skates, Lesley Griffiths and Vaughan Gething have retained their responsibilities in relation to the economy, agriculture and health respectively.

In terms of new posts, the First Minister has appointed Eluned Morgan to lead a new portfolio as Minister for International Relations and Welsh Language. She will be responsible for international trade promotion, Wales in Europe and maximising the potential of Wales’s overseas offices.

Jeremy Miles has been appointed Brexit Minister, to lead the Government’s work in this area, and will also take up the post of Counsel General. He will be responsible for representing the Welsh Government on both the Joint Ministerial Committee and the Ministerial Forum on EU Negotiations, as well as overseeing Brexit-related legislation. Jane Hutt has been appointed as Deputy Minister to work directly for the First Minister on a range of responsibilities including constitutional affairs and inter-governmental relations.

The Welsh Government has not published a prescriptive list of responsibilities for the new Ministerial team. Referring to this in the External Affairs Committee on 7 January, the First Minister said:

I don't think it is fair to say, 'Oh, here's the list of the First Minister's responsibilities, and there's a Deputy Minister in the First Minister's office and she's doing this, this and this.' It's more fluid than that; I will continue to take a very direct interest in those matters.

Can a Counsel General be a Minister?

On 8 January in Plenary the Assembly passed a motion agreeing the First Minister’s recommendation to Her Majesty to appoint Jeremy Miles as Counsel General. However, during the debate on the motion, some Members questioned the appointment, as Jeremy Miles also holds the role of Brexit Minister. Section 49(9) of the Government of Wales Act 2006 states:

Referring to this section of the Act, Rhun ap Iorwerth said there was a ‘clear conflict of responsibilities’, as the Counsel General’s work would involve giving legal advice to himself. David Melding also called the appointment ‘highly irregular’, stating that the Welsh Government should follow the rules and ‘not interpret them out of existence when they're not convenient.’

However, the First Minister assured Assembly Members that he had received legal advice that the appointment of Jeremy Miles as Counsel General and Brexit Minister was ‘entirely consistent with the Government of Wales Act’ as the appointment of Brexit Minister was not made under section 48 of the legislation, and because Jeremy Miles will not be exercising any statutory powers conferred on the Welsh ministers when carrying out his ministerial responsibilities.

On 19 December, Mark Drakeford attended his first plenary meeting of the Joint Ministerial Council as First Minister, and on the same day announced that the Welsh Government would be further intensifying its preparations for a ‘no deal’ Brexit.

The First Minister expanded on this at the meeting of the External Affairs Committee on 7 January, stating that he held a meeting of the new Cabinet immediately before Christmas in order to make sure that every Cabinet member was able to report on the preparations that are going on in their portfolio for the event of ‘no deal’.

In terms of Assembly business, the First Minister mentioned the possibility that, if there is no agreement to the withdrawal agreement in the House of Commons, he would withdraw all Government business from the Plenary programme for Tuesday 22 January, and instead come forward with a series of statements from Cabinet Members, setting out what preparation there has been for ‘no deal’ in their own portfolio areas.

On 17 September, during a scrutiny session with the previous First Minister, Carwyn Jones, the Committee heard that the Welsh Government would be recruiting 198 extra staff to deal with Brexit preparedness.

However, when Mark Drakeford appeared before the External Affairs Committee on 7 January, he said that the Government were being ‘stretched’ in terms of resources:

We're stretched financially, and we're stretched in terms of hands on deck as well… So, on both scores—on both finding the money to cope with the Brexit impact, and finding the people to deal with it as well—undoubtedly, we are having to pull the elastic even tighter.

In his Plenary statement, the First Minister mentioned that he had confirmation during the Christmas recess that the Welsh Government will receive £31 million in consequential funding as a result of the additional staff that are being taken on across Whitehall to discharge Brexit-related activity. He added that this funding would allow the Government to strengthen its activity around bringing legislation forward and putting in place 'no deal' preparations.

This evening, Members of Parliament will vote on whether to accept or reject the Brexit withdrawal agreement and political declaration. Whatever the outcome of the vote, keep an eye on this blog for updates about what the result will mean for Wales.