Inflation is currently exceeding wage growth causing the real value of wages to fall.  There are signs of the levels of vacancies starting to fall and this will be expected to continue with economic growth stagnating and interest rates expected to rise.

At a UK level ONS publishes an estimate of the number of job vacancies for the preceding three months. These estimates are based on the Vacancy Survey where ONS surveys employers across all sectors of the economy. From July to September 2022 there were a reported 1,246,000 job vacancies in the UK, a decrease of 46,000 from April to June 2022. In June to August 2022 this data showed there were 0.9 unemployed people per job vacancy, a record low.

The claimant count more than doubled at the start of the pandemic. The numbers steadily decreased from August 2020 to July 2022. The last two months have shown consecutive increases with the claimant count in September 2022 standing 11% above pre-pandemic levels.

The estimates refer to the preceding three-month period. The time lag means that the latest labour market release published on 11 October 2022 provides information from June 2022 to August 2022.

Changes are from the previous quarter, March to May 2022 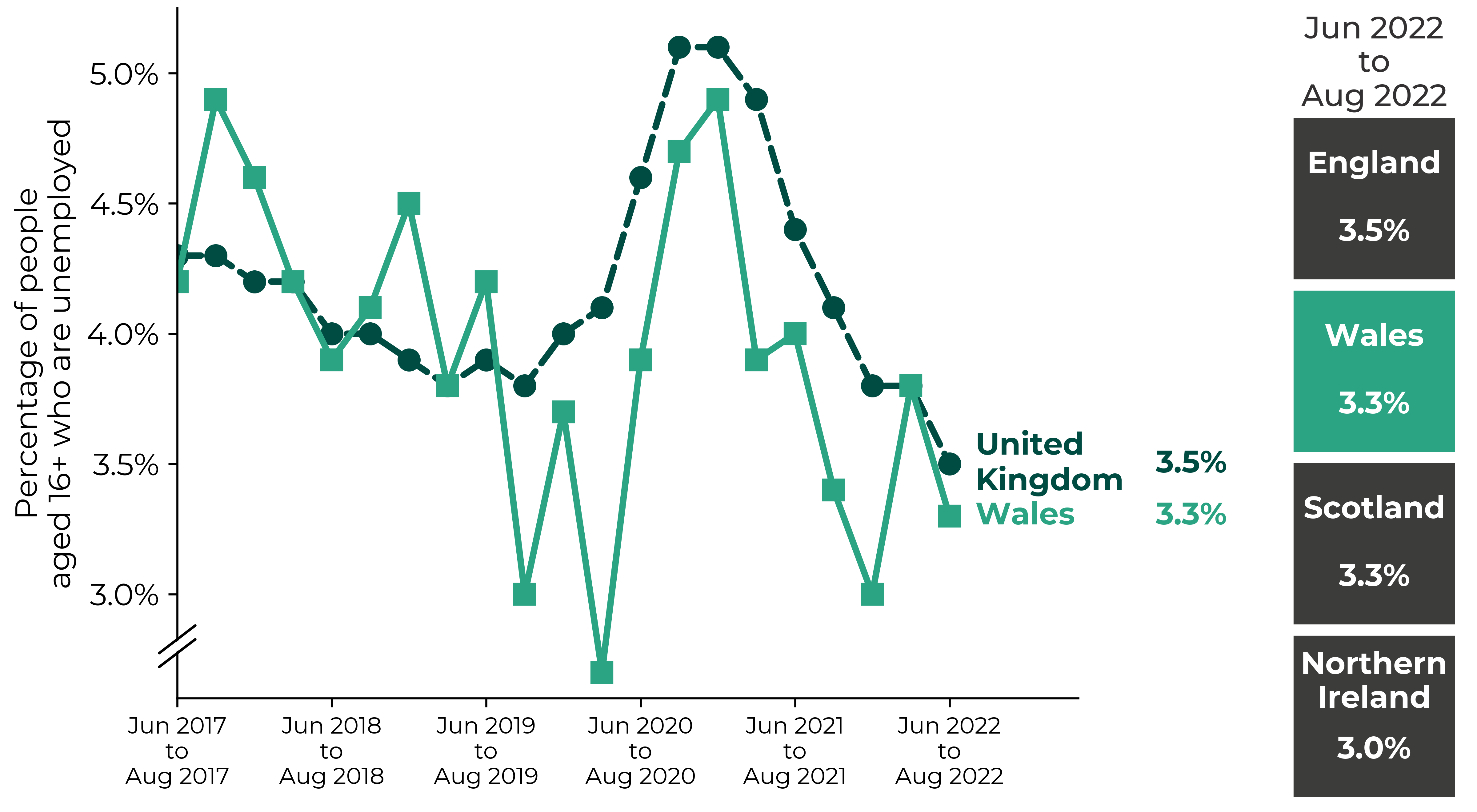 Source: ONS, Labour market in the regions of the UK: October 2022