Inflation is currently exceeding wage growth causing the real value of wages to fall. There are signs of the levels of vacancies starting to fall and this will be expected to continue with economic growth stagnating and interest rates expected to rise.

At a UK level ONS publishes an estimate of the number of job vacancies for the preceding three months. These estimates are based on the Vacancy Survey where ONS surveys employers across all sectors of the economy. From October to December 2022 there were a reported 1,161,000 job vacancies in the UK, a decrease of 75,000 from July to September 2022. In September to November 2022, the number of unemployed people per vacancy was 1.0, up slightly from the previous quarter (June to August 2022) but remains indicative of a tight labour market.

The estimates refer to the preceding three-month period. The time lag means that the latest labour market release published on 17 January 2023 provides information from September 2022 to November 2022.

Changes are from the previous quarter, June to August 2022 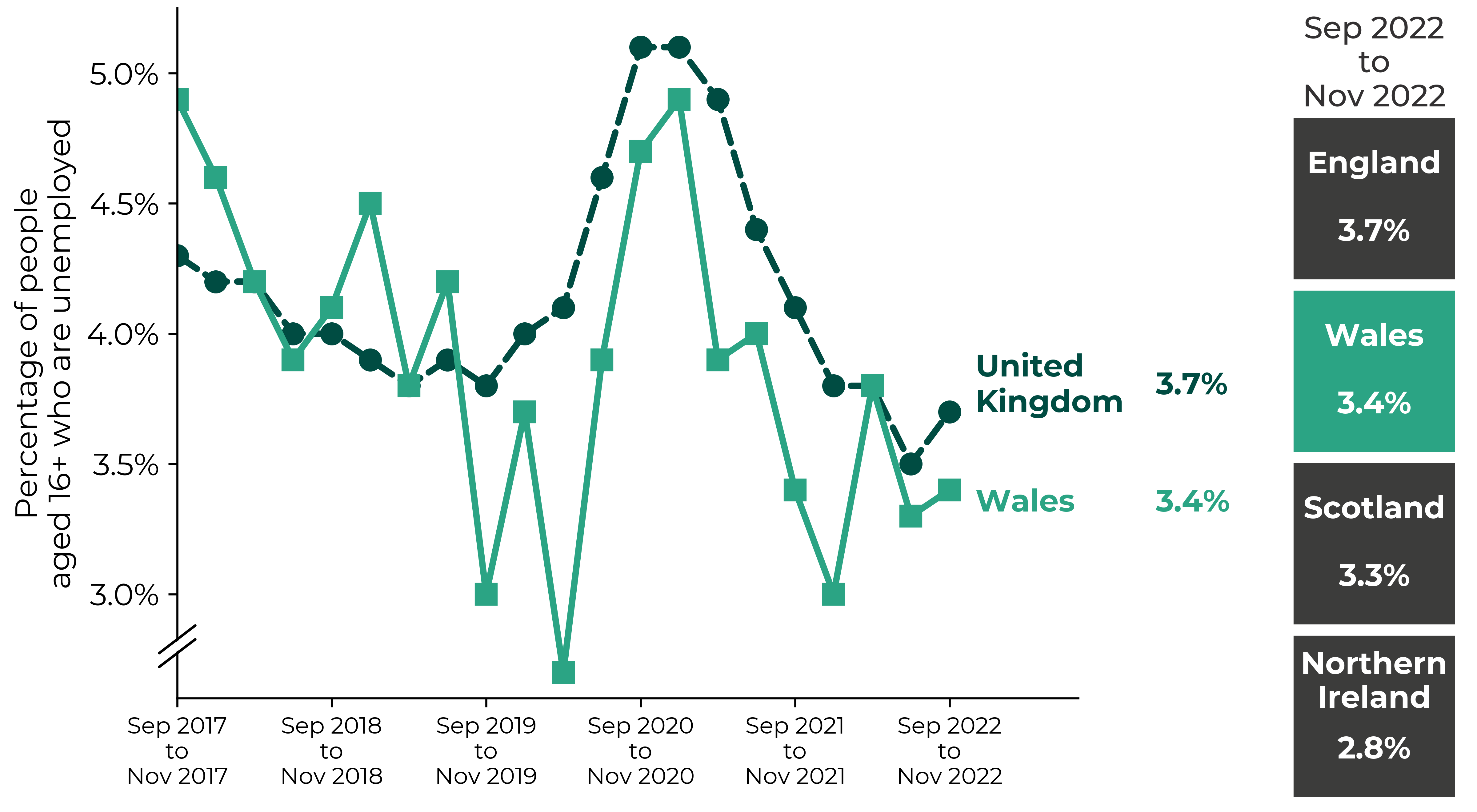 Data from the LFS is available showing the unemployment rate by sex and age for 12 months to September 2022. Due to the limited sample size, the confidence on these numbers is low. However, unemployment rates are significantly higher in the 16-24 age group than the 25-49 and 50-64 age groups.

Unemployment rate by age and sex in Wales; 12 months to September 2022