The Welsh Government’s final budget motion will be debated on 16 January. 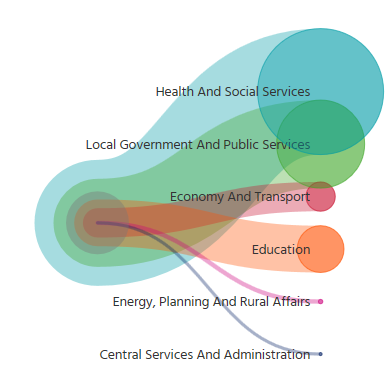 The UK Autumn budget was announced around a month after publication of the Welsh Government’s Draft Budget, resulting in changes to the funding available for Wales. This comprises £210m resource; £328m of conventional capital and £557m of financial transactions capital between 2018-19 and 2020-21.

Compared to the Draft Budget, an additional £103m revenue was announced in the Welsh Government’s Final Budget for the 2018-19 financial year (capital was unchanged except for an £850,000 revenue to capital switch in Network Asset Management & Support). The main changes are shown below:

The National Assembly’s Finance Committee and other Assembly Committees have published scrutiny reports on the Draft Budget. 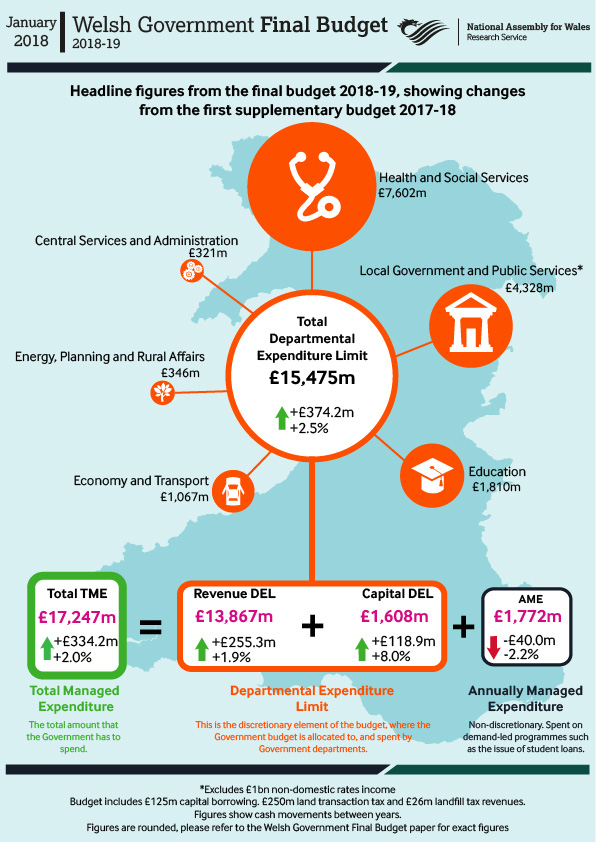