The Assembly will vote on secondary legislation on 26 January 2016 that is another step towards the Welsh Government starting to take decisions on Developments of National Significance (DNS) in Wales. DNS are a new category of planning application that will be submitted directly to the Welsh Ministers, rather than to a Local Planning Authority. The Planning Inspectorate will be considering these applications and deciding them on behalf of the Welsh Ministers. It will be required to make its decision within 36 weeks in most cases, once an application is submitted. The Act also introduces a new formal pre-application stage and fees to be charged for each application submitted and fees for the provision of pre-application advice. The new DNS category is being introduced as a result of the Planning (Wales) Act 2015 and the Welsh Government says the new regime will be in place in March 2016. The Welsh Government consulted in May 2015 on the types of onshore development, above certain thresholds, to be included as DNS. These will be:

DNS may also be identified through the National Development Framework, a new development plan for Wales that the Welsh Government will be producing. The Welsh Government originally proposed including energy generating stations of between 25-50 Megawatts, but has now revised this definition to include all energy generating stations of between 10-50 Megawatts. The Welsh Government says this is in response to comments from the energy generation industry in order “to address the shortcomings identified in the current consenting regime for projects of all output levels and to reflect the relative scale of projects in Wales”. This means that any onshore energy generation station of between 10-50 Megawatts in Wales will in future be automatically considered by the Welsh Ministers. Generating stations over 50 Megawatts are currently decided by the UK Government, but this is likely to change soon. A previous blog post explained the increasingly complex picture that is emerging about who will take decisions on energy generation stations in Wales in future. The diagrams below show both the current and possible future arrangements for consenting onshore energy projects in Wales. This reflects what is included in the new secondary legislation on DNS, along with the Energy Bill currently being considered by the UK Parliament, and the proposals in the Draft Wales Bill published in October 2015. 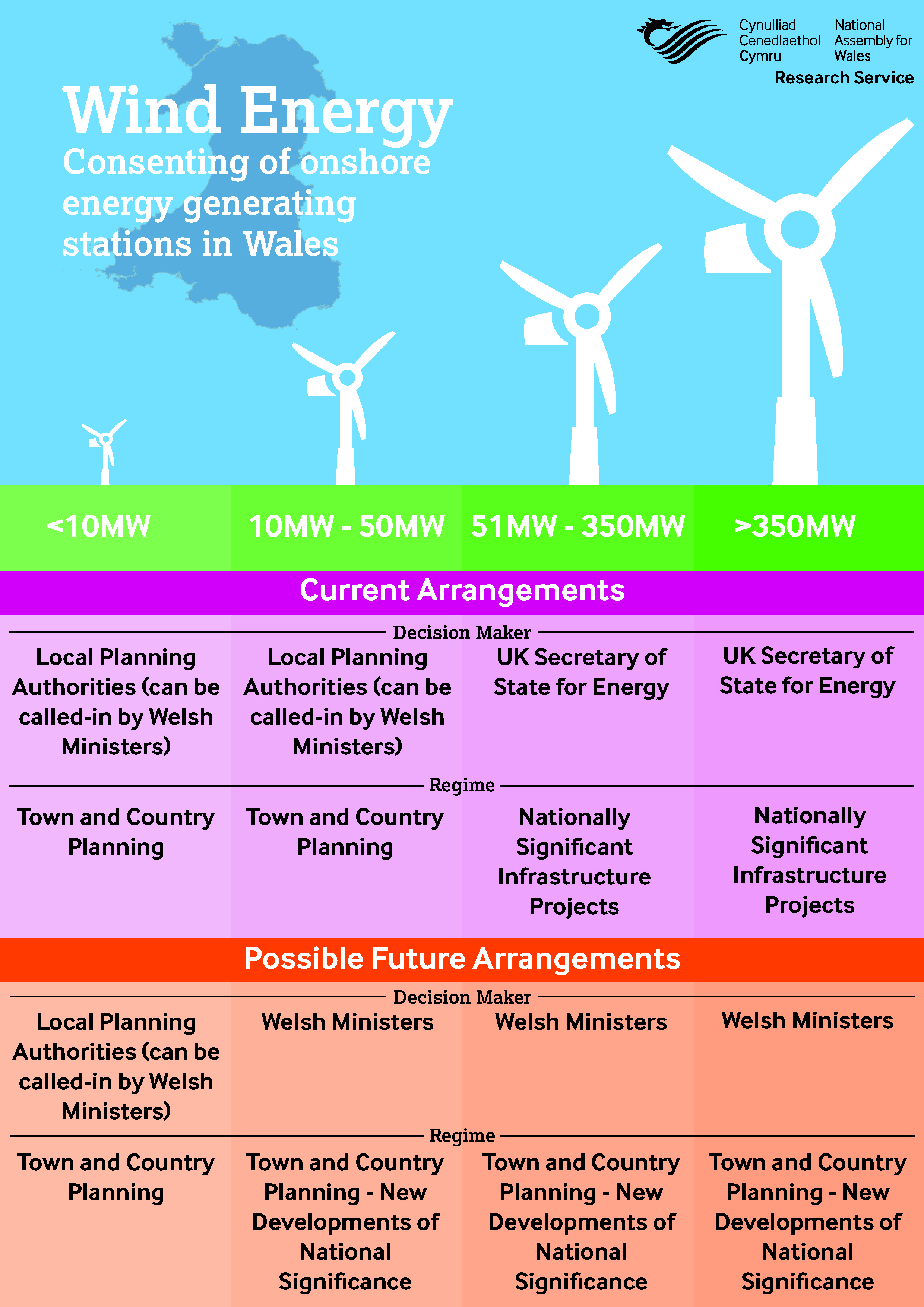 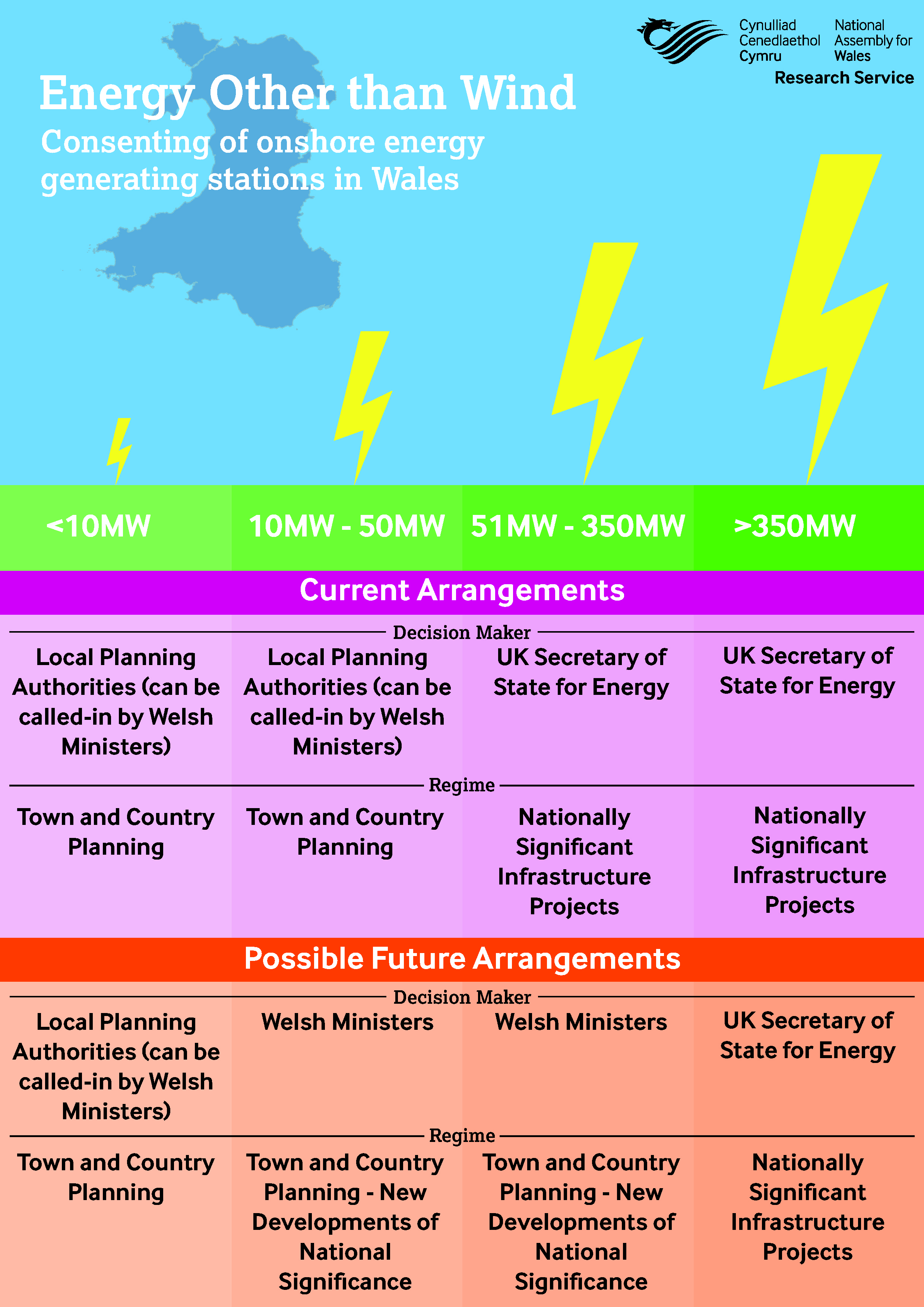