Communities First: what lessons need to be learned?

The conclusions of the report were that: 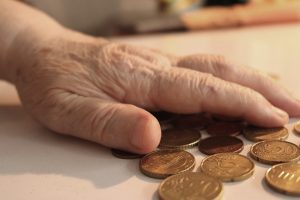 Recommendation 1: Ensure that local authorities identify all successful Communities First work that should be delivered by statutory bodies (such as health boards or schools), and transfer responsibility to that body.

This was accepted by the Welsh Government, and it stated that “a series of workshops and meetings have been arranged between health boards and Lead Delivery Bodies to highlight current delivery in these areas and seek to mainstream successful aspects of the programme.”

Recommendation 2 & 3: Clarify how long the legacy funding will be available, which is confirmed for two years with the ‘possibility’ of extension and provide all guidance to local authorities in writing

Recommendation 4: The Committee recommended that the Welsh Government publish a tackling poverty strategy, including performance indicators and an effective evidence base.

This was rejected. The Government’s repose states that achieving prosperity is a key objective and would be addressed by the newly-published national strategy, Prosperity for all (PDF: 640kb). The new strategy has two mentions of the word ‘poverty’, but focuses on prosperity.

Recommendation 5: As part of its new ‘three Es’ approach, the Welsh Government should take the broadest view of ‘employability’, and make clear to local authorities that employability support should encompass all stages of the employment journey.

This was accepted, with the Government stating that the “the Employability Grant will support individuals who are in, or at risk of poverty, consistent with the obligations under the Well-Being of Future Generations (Wales) Act.” The response also commits to providing guidance to local authorities to emphasise the importance of addressing barriers to employment, developing employability skills and securing employment, and providing in-work support.

This was accepted. The Government response notes that “there is already a degree of flexibility for Local Authorities to provide Flying Start support to children and their families living outside Flying Start areas”

The government accepted this recommendation ‘in principle’, explaining that ‘empowerment’ means “making sure communities are engaged and empowered to have their voices heard in the decisions that affect them”.

Recommendation 8: Ensuring that performance indicators for all programmes are consistent, publicly available and broken down by local authority.

This was accepted ‘in principle’, with the government stating that the National Wellbeing Indicators (which provide a framework for measuring progress towards the seven well-being goals) include key indicators relating to poverty, communities and prosperity. The Government accepts that these indicators will not measure the performance of individual programmes, but states that where specific indicators are ‘required and appropriate to measure the performance of individual programmes’, this data will be published.

Recommendation 9 & 10: Improve the Welsh Government’s evidence base around poverty in Wales by developing a dashboard of poverty indicators and exploring the feasibility of a longitudinal study on poverty in Wales.

The recommendation relating to a dashboard of poverty indicators was rejected. The recommendation relating to the longitudinal study was accepted ‘in principle’, but the response states that there are ‘methodological challenges’ and ‘concerns that the benefits might not justify the significant cost in undertaking such as study’. But it also states that it “will undertake exploratory work to consider the feasibility of a longitudinal study, looking at costs, options, benefits and impacts of a potential study alongside other ways of improving data.”

Recommendation 11: Consider and assess the impact of the closure of Communities First on other Welsh Government programmes and make adjustments to avoid unintended consequences.

This recommendation was accepted, and the response states that “series of workshops have been arranged between Welsh Government officials, Communities First Lead Delivery Bodies and Local Health Boards where individual projects have been reviewed”

Image from Pixabay by vitality-m. Licensed under Creative Commons.