As the dust settles on the May local government elections, those leading our 22 authorities will be turning their sights to their in-trays. Local authorities face unprecedented challenges, including restoring local services post-pandemic, and managing workforce pressures amid a cost-of-living crisis.

An improved local government funding settlement for 2022-23, including provisional funding up to 2024-25, presents authorities with a degree of certainty to plan for the longer-term. New duties and powers give them added momentum to tackle issues locally and on a regional basis. How councils and their leaders use these powers could influence key policy areas for years to come. 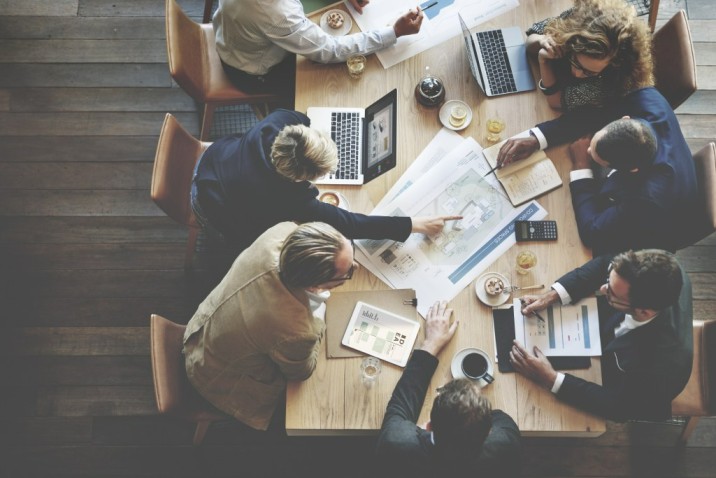 The Senedd passed the Local Government and Elections (Wales) Act 2021 in November 2021. The Welsh Government says the Act will “provide local government with new ways to support and serve their communities” and to “reinvigorate local democracy in Wales”.

The Act establishes a framework to support and encourage greater collaboration between local authorities. The Welsh Government anticipates that the framework will enable a “more coherent, consistent, simplified and democratically controlled mechanism” for regional working. This will be achieved, in the main, by new Corporate Joint Committees.

What are Corporate Joint Committees?

Corporate Joint Committees, or CJCs for short, are regional corporate bodies, with broadly similar powers and duties to local authorities. They’ll also have similar governance and administrative structures, but will have a level of discretion on constitutional and operational arrangements.

CJCs can employ staff directly, hold assets and manage finances in the same way a local authority would. They’re required by law to appoint a Chief Executive, a Finance Officer and a Monitoring Officer.

There are two ways to establish a CJC:

In February 2021, the Welsh Ministers laid Regulations establishing four CJCs which, together, cover all of Wales:

What can CJCs do?

The four CJCs are responsible for strategic development planning, regional transport planning and promoting the economic well-being of their area. The Welsh Ministers could specify functions on CJCs that relate to improving education, but this has not currently been specified within the Regulations.

Welsh planning law establishes a framework for local planning authorities to bring forward Strategic Development Plans (SDPs). The aim being to deal more effectively with regional cross-boundary issues such as housing and transport, and provide a strategic approach to planning at a greater scale than individual local development plans (LDPs).

CJCs are responsible for preparing the SDPs. Local planning authorities will still prepare LDPs, but these will be more focused in nature.

The Transport (Wales) Act 2006 enabled establishment of Joint Transport Authorities (JTAs). The proposed JTAs would have had their own governance arrangements and constitution, and have powers to develop regional transport strategies within a broader national context. The Local Government and Elections (Wales) Act 2021 repealed the specific provisions in the 2006 Act to establish JTAs, and for these functions to be incorporated within the new CJCs.

CJCs have the power to promote and improve the economic well-being of their areas. The power may be exercised for the benefit of the whole or part of the CJCs area, or all or any person resident in the area. It’s anticipated that City or Regional Growth Deals will be subsumed by CJCs, although some aspects of this are still to be ironed out.

The City and Growth Deal approach is based on each region setting out and adopting a strategic long-term plan for the economic development of the region. Each deal is underpinned by a 15 or 20 year programme of capital investment designed by the region and supported by local authorities, Welsh and UK governments and other public and private sector funding.

When do they start work?

The Regulations establishing CJCs came into force in April 2021. Each CJC was required to agree a budget for 2022-23, and approve a levy on each constituent authority by 31 January 2022. Budgets agreed for the forthcoming year are deemed by CJCs to be the minimum required to undertake strategic planning functions. Future budgets will likely increase. CJC budgets are separated into two pots:

Three of the four CJCs have agreed to use a population based methodology for allocating the levy across each constituent authority. Mid Wales CJC, which consists only of Powys and Ceredigion, agreed to share the levy equally between the two councils for 2022-23.

Each CJC will agree on the amount the three national park authorities within the CJC area will be expected to contribute. The levy will generally only apply to the Strategic Development Planning Budget.

The core functions of CJCs don’t start until 30 June 2022, a date the CJCs agreed themselves.

South East Wales CJC initially wanted to integrate the Cardiff Capital Region City Deal as quickly as possible. But technical issues around the CJCs’ ability to reclaim VAT, access to borrowing via the Public Works Loan Board, and corporation tax issues meant it had to change its start date by bringing it into line with the other CJCs.

What can we expect in the future?

It’s too early to know if the new regional structures will translate into better outcomes for people in those areas. A significant amount of the CJCs’ work was already happening to some extent on a regional level. Only time will tell if underpinning this work with legislation will result in a more cohesive and consistent mechanism of collaboration across Wales.