With five months to go until the UK leaves the European Union, this blog post looks at Brexit legislation that has already been passed and what we can expect in the months to come.

Bills that have become law

The first major piece of Brexit legislation to be passed in Westminster was the European Union (Withdrawal) Act, which received Royal Assent on 26 June 2018. The purpose of the Act is to ensure legal continuity after Brexit by converting existing EU law into UK law. This new category of domestic law created by the Act is known as ‘retained EU law.’ However, many of the preserved laws won’t make sense once the UK leaves the EU. The Act therefore provides UK Ministers and Welsh Ministers with the power to make regulations to correct existing primary and secondary legislation that would not operate appropriately after Brexit.

The Act has required changes to be made to Assembly procedures. You can read more about these changes in this blog post.

The next Brexit Bill to be passed was the Haulage Permits and Trailer Registration Act, on 19 July 2018. Its purpose is to make provision for UK hauliers to continue to operate internationally after Brexit. The Bill extends and applies to Wales but does not give any powers to Welsh Ministers, as the Assembly does not have legislative competence in this area.

The Taxation (Cross-border Trade) Act 2018 has also received Royal Assent, on 13 September. The Act enables the UK Government to create a customs, VAT and excise regime for the UK after Brexit. It did not require the consent of the devolved legislatures as it relates to powers that are not devolved to Wales. 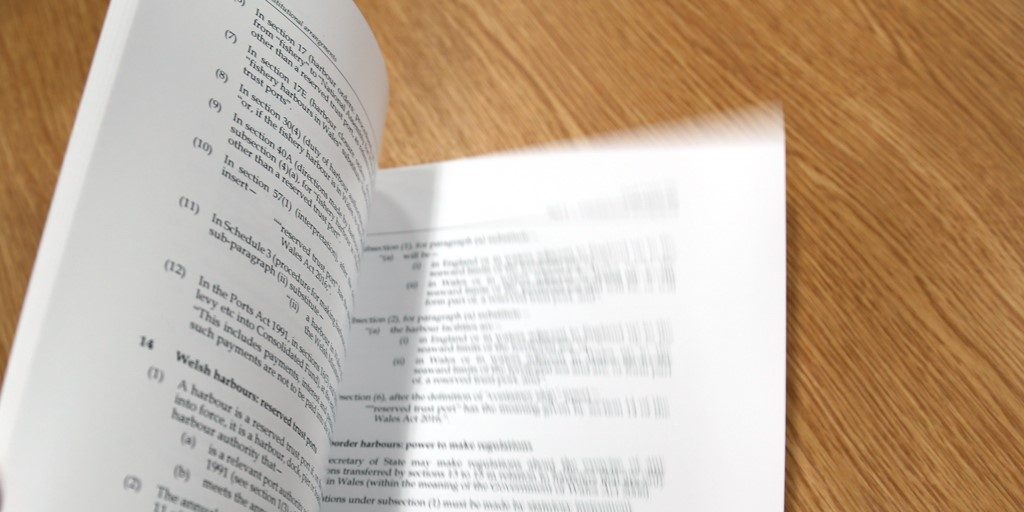 In November 2017, the UK Government introduced the Trade Bill, which provides powers for the implementation of international trade agreements and makes provision for establishing a trade remedies authority. The Bill will require the Assembly's legislative consent as it touches on devolved matters in a number of areas. The Welsh Government laid a Legislative Consent Memorandum before the Assembly in December 2017, but said it could not recommend that the Assembly gave legislative consent to the Bill at that time.

The Cabinet Secretary for Economy and Transport published a statement in January 2018 setting out details of the amendments the Welsh Government wished to see. The UK Minister for Trade Policy, George Hollingbery MP, wrote to the Committee in July 2018 to advise that the UK Government had tabled amendments to the Bill, highlighting that these addressed the Welsh Government’s suggestions. The amendments relating to devolution were agreed to without division on 17 July.

In evidence to the External Affairs and Additional Legislation Committee on 17 September, the First Minister stated that he welcomed the amendments tabled by the UK Government, however he outlined one remaining area of concern around the proposed trade remedies authority.

On 8 October the Assembly’s Constitutional and Legislative Affairs Committee published its report on the Scrutiny of regulations made under the Trade Bill. The Committee Stage of the Trade Bill in the House of Lords is yet to be announced.

The Agriculture Bill received its First Reading in Westminster on 12 September 2018. The Bill aims to provide the legal framework for leaving the Common Agricultural Policy and establishing new systems for agricultural and land management support across the UK. Schedule 3 of the Bill applies specifically to Wales and these powers were included at the request of the Welsh Government. These powers allow Welsh Ministers to continue making payments to farmers and land managers after Brexit, to make changes to current schemes and to implement replacement schemes. These powers are intended to be time-limited until the Welsh Government brings forward its own Agriculture Bill, which is expected before the end of this Assembly. This was confirmed by the Cabinet Secretary for Energy, Planning and Rural Affairs, Lesley Griffiths, in a statement on 12 September.

You can read more about what the Bill means for Wales in this blog post.

The Fisheries Bill was introduced to Parliament on 25 October 2018. The main aims of the Bill are to control access to UK waters; to ensure that the UK can set its own fishing quota; to protect the marine environment; and to set out how the UK Government and the devolved administrations will work together on fisheries management.

As in the case of the Agriculture Bill, the Welsh Government has stated that it will bring forward a Welsh Fisheries Bill. This was confirmed by Lesley Griffiths when she appeared before the Climate Change, Environment and Rural Affairs Committee on 18 July.

You can read more about future EU relationships and fisheries in this blog post.

The Healthcare (International Arrangements) Bill is the latest Brexit bill to be introduced in Parliament. The Bill provides the Secretary of State with powers to fund and arrange healthcare outside the UK and to give effect to reciprocal healthcare agreements between the UK and other countries. The Assembly’s legislative consent will be required during the passage of the Bill. You can read more about cross-border healthcare in this blog post.

Bills that have not yet been introduced

If a Brexit deal is reached, the UK Government will bring forward the European Union (Withdrawal Agreement) Bill to implement the final deal in UK law.

The White Paper for the Bill focuses on three aspects of the draft withdrawal agreement that were agreed at the European Council meeting on 19 March 2018: citizens’ rights, the implementation period and the negotiated financial settlement. The Bill will be introduced once the UK Parliament has approved the final deal and must be passed before exit day on 29 March 2019.

If no deal is reached, or it is not ratified in time by the UK Parliament and European Parliament, and no extension to Article 50 is secured, there will be no Bill, as there would be no agreement to implement. However, the White Paper states that the UK Government anticipates successful conclusion of the negotiations.

The UK Government has committed to working effectively with the devolved administrations in developing the Bill and will seek the consent of the devolved legislatures as required.

You can read more about the process of legislating for the withdrawal agreement in this blog post.

The UK Government has also said that it will bring forward an Immigration Bill to allow the UK to set its future immigration system. It is proposing a single immigration system that treats migrants from EU countries in the same way as those from non-EU countries, with highly skilled workers who want to live and work in Britain being given priority. A White Paper was expected to be brought forward in the autumn, but has not yet been published.