The Welsh Government has launched a 12 week consultation on banning third-party puppy and kitten sales with the aim of protecting the animals’ welfare.

The Minister for Environment, Energy and Rural Affairs, Lesley Griffiths, highlights that the sale of puppies and kittens via third-parties has the potential to contribute to an increased risk of disease and a lack of socialisation and habituation for the puppies and kittens, compared to when people buy directly from the breeder.

The consultation considers whether a change of policy and/or legislation is needed in Wales to better protect the welfare of puppies and kittens when they are being sold.

Currently, puppies and kittens can either be purchased directly from a breeder, via a third-party seller, or from a rescue/rehoming centre. Commercial third-party sellers are those who are licensed pet sellers; in Wales they must hold a licence under the Pet Animals Act 1951.

A third-party sales ban would mean that pet shops, pet dealers and other outlets and licensed sellers of puppies and kittens would be unable to sell these pets unless they had bred them themselves. The rationale is that this would prevent the removal of puppies and kittens for sale from their mother and the rest of the litter at a young age.

The high profile ‘Lucy’s law’ campaign calls for a ban on the sale of puppies by pet shops and other third-party commercial dealers. As well as animal welfare concerns, the campaign also argues that third-party sales create additional risks for consumers and public health and safety.

Scale of the issue in Wales

On 12 December 2018 there was a short debate in Plenary on dog breeding where the disproportionate scale of poor practice in Wales was highlighted by Andrew RT Davies, AM:

Regrettably, Wales is now renowned as a hotspot for some of these despicable practices, with a significant number of puppy farms situated in the counties of Carmarthenshire and Ceredigion. In fact, rural south-west Wales has the biggest concentration in the whole of the United Kingdom of commercial dog breeders, and it is a sadly widely known fact that it has been churning out puppies in terrible conditions.

Animal welfare is a devolved issue. The Welsh Government introduced the Animal Welfare (Breeding of Dogs) (Wales) Regulations 2014 with the aim to improve the standards of dog breeding in Wales. The Regulations introduced stricter welfare criteria for dog breeding and specifically:

The Welsh Government is looking to review these Regulations.

There is currently no requirement for people breeding cats to be licensed.

Cats Protection has called for regulation of cat breeding as well as a ban for third-party sales of kittens:

We would like to see regulations brought in for cat breeding as, unlike dog breeding, this remains unregulated in the UK. Potential buyers are currently unable to go to a licensed cat breeder. Regulation of commercial cat breeding would provide safeguards for cat welfare. 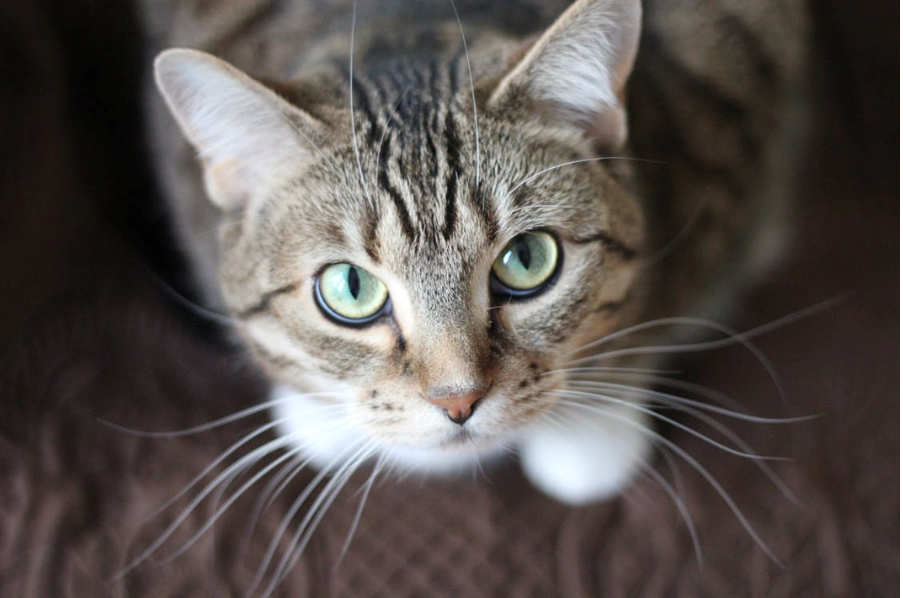 Several animal welfare charities are concerned that the current regulations do not go far enough to protect the health and welfare of the animals, and advocate a ban for third-party sales.

The Assembly’s Petitions Committee recently considered a petition on Lucy’s Law from C.A.R.I.A.D which emphasises that:

…illegal, unlicensed puppy farmers and puppy smugglers currently use licensed third-parties to sell their puppies, making it possible for them to operate under the radar and without the health and welfare of breeding dogs and puppies able to be monitored by local authorities. Regulating commercial third-party puppy selling is ineffective in preventing illegal puppy farming and puppy smuggling and a third-party ban on puppy selling is therefore necessary for the protection of dogs, puppies and the public as well as in the prevention of criminal activity.

The RSPCA, Kennel Club, Dogs Trust, Battersea Dogs and Cats Home, and Mayhew rehoming centre have also set out their arguments for the ban.

The complexity of the issue

It has been argued that a ban could lead to unintended consequences. The UK Government previously rejected the UK Parliament Environment, Food and Rural Affairs Committee’s recommendation to ban third-party sales, stating that a ban has the potential to increase unlicensed breeding and could result in a rise in the sale and irresponsible distribution of puppies. It said:

Given the demand for dogs there is a risk that a ban on third party sales would drive some sales underground, and welfare charities are already concerned about the number of good breeders. We note that a number of established welfare charities with experience and knowledge of the sector have advised against a ban on third party sales. We consider that such a ban has the potential to increase unlicensed breeding in addition to a rise in the sale and irresponsible distribution of puppies, and may be detrimental to our welfare objectives.

In response to the recent UK Government consultation on the ban on third party sales, a number of organisations suggested that third-party sellers might seek to present themselves as rehoming charities in order to escape the ban. Evidence was provided on the effect a ban would have on the pet industry and whether such a ban would improve animal welfare.

The Dogs Trust argues that, due to the complexity of the issue, an end to third-party sales can best be achieved by introducing a ban as part of a comprehensive package of coordinated measures. It calls for the Welsh Government to close loopholes calling for:

The situation across the UK

In February 2018 the UK Government launched a consultation on a third-party puppy sales ban. The consultation was England-only and around 70% of responses provided arguments in favour of a ban while less than 10% provided arguments against. On 23 December 2018 Defra confirmed it will be banning the third party sales of puppies and kittens in England.

In September 2018 the Scottish Government launched a consultation to seek views on proposals to introduce new regulations for the licensing of dog, cat and rabbit breeding activities in Scotland.

During 2018 the Department of Agriculture, Environment and Rural Affairs (DAERA) reviewed the issue of animal establishments in Northern Ireland, including those that sell pets. In 2019, DAERA intends to obtain stakeholders’ views on the future licensing system in Northern Ireland.