The Violence against Women, Domestic Abuse and Sexual Violence (Wales) Act passed in April 2015. In December 2016, the Equality, Local Government and Communities Committee undertook post-legislative scrutiny of the Act and raised concerns about the pace of implementation. A year later, has anything changed?

Sections 3-4 of the Act required the Welsh Government to publish a national strategy on violence against women, domestic abuse and sexual violence (VAWDASV) by 5 November 2016.

The National Strategy was published on 4 November 2016 as a high level, strategic document, rather than a detailed action plan. The then Cabinet Secretary told the Committee that a more detailed delivery plan would be published as “a way of getting through the legal challenge of not delivering the strategy at the appropriate time.”

More than a year after the national strategy was launched, the delivery plan has still not been published.

Sections 5-8 require local authorities and health boards to publish local strategies on VAWDASV by May 2018. 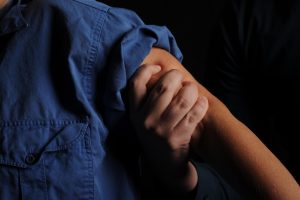 In October 2016, the ELGC Committee heard that local strategies were beginning to be developed in the absence of the delivery plan or commissioning guidance, which ‘could lead to inconsistencies in approaches across Wales’.

The Welsh Government’s response to the ELGC Committee’s report said that “guidance will be published in relation to local strategies in July 2017”. This does not appear to have been published.

The Wales Audit Office published Findings of Call for Evidence on Violence against Women, Domestic Abuse and Sexual Violence (Wales) Act 2015 in August 2017, which found that “local strategies are developing but need to be integrated with recent legislation to be truly effective”.

Section 9 requires local authorities to report on how they are addressing violence against women, domestic abuse and sexual violence within their education institutions. The Government confirmed in April 2017 that the Regulations needed to implement section 9 would not be brought forward.

The Welsh Government established a healthy relationships expert group in March 2017 to advise on the new curriculum. The group apparently produced an interim report in July 2017 (which is not publicly available), and its final recommendations are due ‘in the autumn’.

The Welsh Government published a Good Practice Guide: A Whole Education Approach to Violence against Women, Domestic Abuse and Sexual Violence in Wales (developed by Welsh Women’s Aid) in October 2015. A practical guide for school governors was published in March 2016.

Section 10 gives Welsh Ministers and the Higher Education Funding Council for Wales (HEFCW) the power to issue guidance to further and higher education institutions. No progress appears to have been made on this.

The Welsh Government’s response to the ELGC Committee report said that the national indicators would be published “not before” October 2017.

Sections 20-23 requires the Welsh Government to appoint a National Adviser on VAWDASV to provide advice, undertake research and produce reports.

Rhian Bowen-Davies was appointed the National Adviser in July 2015 on a part-time basis. In June 2017 she announced that she would step down from her role, and left in October 2017.

In 2016 the ELGC Committee heard that it was difficult for the Adviser to do her job effectively with part-time hours, and recommended that the role’s capacity was reviewed. The job was advertised as a full time role, and the closing date was 14 September 2017. The appointment has not yet been announced.

In September 2017, the UK Government confirmed that refuges will be exempt from the Local Housing Allowance cap on housing benefit for supported accommodation.

The UK Government’s forthcoming Domestic Violence and Abuse Bill is expected to:

In its most recent letter to ELGC Committee, the Welsh Government said that the estimated total cost of the implementation of the VAWDASV Act was £1,406,800 between 2014-15 and 2017-18. The actual cost was £937,292 (including allocated funding for this financial year), but doesn’t include staff costs.

The Welsh Government’s response to the ELGC Committee report said that “development of a sustainable funding model is a priority to deliver the National Strategy. This work will include a review of existing Welsh Government funding that contributes to VAWDASV to ensure making the best use of the resources available[…] Progress will be reported to [the then Cabinet Secretary] at the Advisory Group in July 2017.” No announcement or publication has yet been made.

Image from media.defense.gov by Mariah Haddenham. Licensed under Creative Commons.