How does Wales perform in PISA and what is the Welsh Government’s target?

Recent statements by the First Minister and the Cabinet Secretary for Education have again focused attention on the Welsh Government’s approach towards the Programme for International Student Assessment (PISA) and its aspirations for Wales’ performance in future cycles. This first article in a two-part series looks at Wales’ PISA results and the Welsh Government’s targets for improvement. Tomorrow, we will focus on outcomes for more able and talented learners, which is emerging as a specific challenge and particularly important to improving Wales’ international standing.

What effect has PISA and the OECD had in Wales? 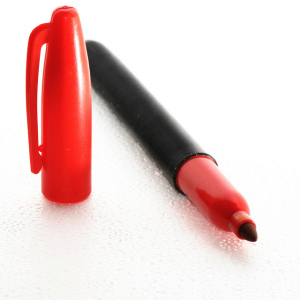 The Welsh Government places considerable importance on PISA. The programme and particularly the body that runs it, the Organisation for Economic Co-operation and Development (OECD), have had a big influence on education policy in Wales and the Welsh Government’s reforms to raise standards. The OECD has carried out two reviews, which are referred to below.

PISA is a triennial survey that aims to evaluate education systems worldwide by testing the skills and knowledge of a sample of 15-year-old students in each participating country. The tests measure something different to traditional examinations. They focus more on the ability to apply knowledge and skills to real life challenges whereas GCSEs tend to test pupils’ mastery of the curriculum. New GCSEs introduced in Wales since September 2015 have sought to adopt more of a skills based approach.

Many of the current and recent changes within education in Wales are in response to Wales’ disappointing results in the 2009 PISA cycle, which came as a particular jolt to politicians, policymakers and education leaders. Previous Ministers described the 2009 results as ‘a wake up call to a complacent system’ (Leighton Andrews, February 2011) and a ‘shock to the system’, with the result that ‘so much has changed as a result of PISA’ (Huw Lewis, January 2016). The OECD carried out a review of Wales’ education system in 2014, with the Welsh Government addressing its findings in its 2014-2020 education improvement plan, Qualified for Life.

For more information on the historical impact of PISA and the OECD on education policy in Wales, see our previous articles, What is PISA and why is it important? (November 2016) and Education policy leaning towards PISA? (December 2015).

More recently, the OECD were commissioned by the Cabinet Secretary for Education, Kirsty Williams in Autumn 2016 to undertake a Rapid Policy Assessment (PDF 2.91MB) of whether the Welsh Government’s reforms were ‘on the right track’. We blogged ahead of the publication of the OECD’s report and the Cabinet Secretary’s statement on 28 February 2017. The OECD’s conclusion was essentially that the Welsh Government should continue on its ‘reform journey’ but it is ‘vital to strengthen the implementation process’.

The results of the 2015 cycle were published on 6 December 2016. The Cabinet Secretary made a statement in Plenary the same day. She acknowledged that ‘we are not where we want to be’ but paraphrased the ‘unambiguous’ advice of the OECD as ‘stay the course; be brave; you are doing the right things’.

When responding to the publication of the results in December 2015, the Cabinet Secretary did not confirm whether the Welsh Government retained its target of reaching scores of 500 in each of the PISA domains by the 2021 cycle. This target was itself the revision of a previous target by the previous Minister, Huw Lewis, when publishing Qualified for Life in October 2014. (The previous target, set in December 2010, was that Wales would be ranked in the top 20 countries in the PISA 2015 cycle. The move from a relative to an absolute target was in line with the OECD’s advice and represented a similar required scale of improvement, albeit over an additional six year period.)

The Welsh Government’s target for PISA

The Cabinet Secretary was asked by the Children, Young People and Education Committee on 14 June 2017 (PDF 353KB) whether the Welsh Government’s target of 500 points in each domain by PISA 2021 remained:

Llyr Gruffydd: Could I ask, then? The Welsh Government does, or did, have a target of achieving a score of 500 in each domain of PISA by 2021. Does the Government retain that target?

Llyr Gruffydd: So, it’s gone then.

Llyr Gruffydd: Okay, so the target now isn’t the stated aim of 500; it’s to move in the right direction.

Kirsty Williams was stressing that her focus for future PISA cycles would be to take a more sophisticated approach to improvement rather than simply the overall scores across the board. However, her comments on 14 June were taken as signalling that the 500 points target for 2021 was no more. On 20 June, the First Minister announced in the Senedd that the target did remain:

Answering a question in Plenary the next day, the Cabinet Secretary confirmed:

As you heard yesterday from the First Minister, 500 remains the long-term goal of the Welsh Government for the next but one set of PISA results. Therefore, you know, we need to make progress in the next set of PISA results if we’re to hit that next target …

The recent attention on the Welsh Government’s aspirations for PISA has highlighted that a more specific priority within the raising standards agenda is to improve the performance of Wales’ higher achievers. This will be the subject of tomorrow’s article.

This post is also available as a print-friendly PDF: How does Wales perform in PISA and what is the Welsh Government’s target?(PDF, 310KB)