The Violence Against Women Act – one year on

It’s been 12 months since the Welsh Government first introduced a Bill to reduce gender-based violence in Wales. On Tuesday 30 June, the Minister for Public Services, Leighton Andrews AM, will make a statement in plenary on its progress. So what has happened in the last year? 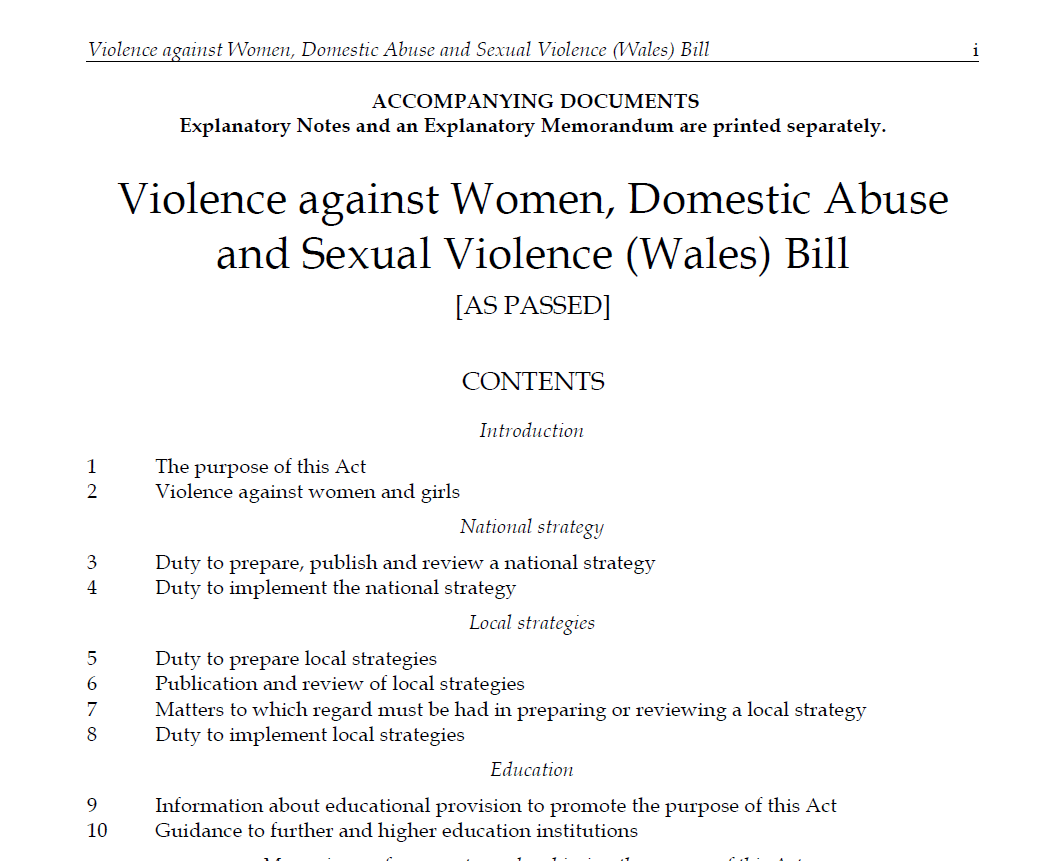 In March 2015, the Violence against Women, Domestic Abuse and Sexual Violence (Wales) Act 2015 was passed, after a difficult passage through the Assembly, which included a name change and various concessions on education. This post details the initial problems the Act faced, and this post outlines how the education provisions in the Act evolved. The main parts of the Act are:

There is still lots of work to do to implement the Act, from the design of effective healthy relationships education to the training of frontline professionals, and the development of national and local strategies.