It’s hard to imagine anyone wanting to see more children being looked after by Welsh local authorities, but politicians from across the political spectrum appeared disconcerted by the First Minister’s 2018 Welsh Labour Leadership manifesto proposal that ‘new, binding targets need to be set by Welsh Government’ to reduce numbers.

The Children’s Commissioner doesn't agree with 'having set targets' and not all local authorities have been happy to develop what the First Minister later referred to as a ‘co-produced bespoke reduction expectation plan’.

Referring to the continuing rise in the numbers of looked after children in both England and Wales, then President of the Family Court Division said in 2016 that ‘we face a clear and imminent crisis'. But the extensive 'sector-led review', which followed made it clear that there are no simple answers. It found that ‘the collation of evidence about the factors contributing to the crisis does not offer a simple explanation for these rising numbers’.

In 2019, the relevant inspectorate assessed ‘how well local authorities in Wales are supporting children and young people who are looked after to be safe and achieve positive outcomes’. One of its key findings was that it ‘did not find evidence of children becoming looked after who should not have done so’. It also referred to ‘an increase in the number of children being supported to remain with their family or with their parents under legal looked after arrangements’ and that ‘local authorities increasingly felt driven to accommodate children in these circumstances due to the expectations of the judiciary’.

Family law is non-devolved but a recent landmark report says this issue ‘straddles the “jagged edge” between non-devolved and devolved matters’. It goes on to recommend ‘the law relating to children and family justice in Wales should be brought together in one coherent legal system aligned with functions in relation to health, education and welfare’.

It is against this backdrop, that the Welsh Government’s first Annual Report on outcomes for looked after children will be scrutinised in the Assembly next week.

Here are five key statistics and some ways to find out more.

One: Number of children looked after at 31 March by year

Source: StatsWales, Children starting to be looked after during year to 31 March by local authority and need for care

Three: Percentage of looked after children by need for care in the year to March 2019

Source: StatsWales, Children starting to be looked after during year to 31 March by local authority and need for care

Five: Local authority spending per looked after child in 2018-19

Number of children aged under 18 looked after per 10,000 population - Map

Number of children aged under 18 looked after per 10,000 population - Graph 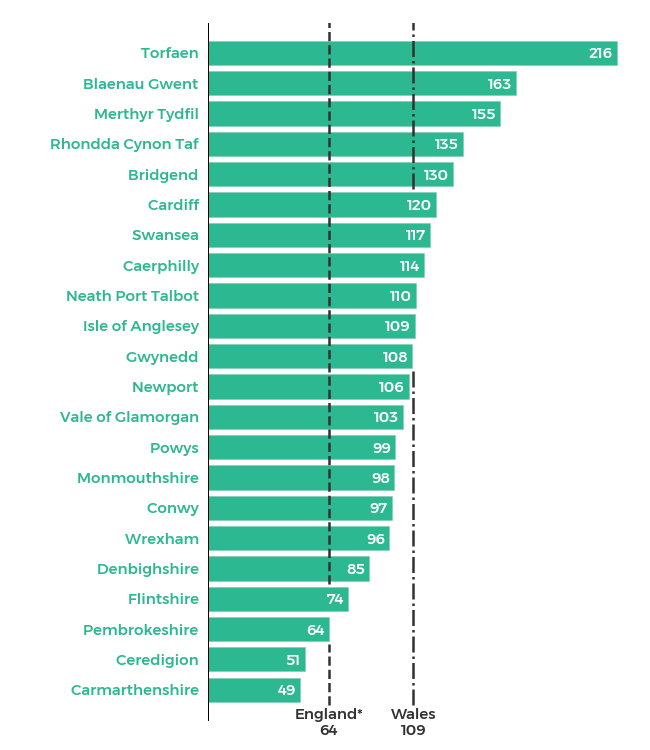 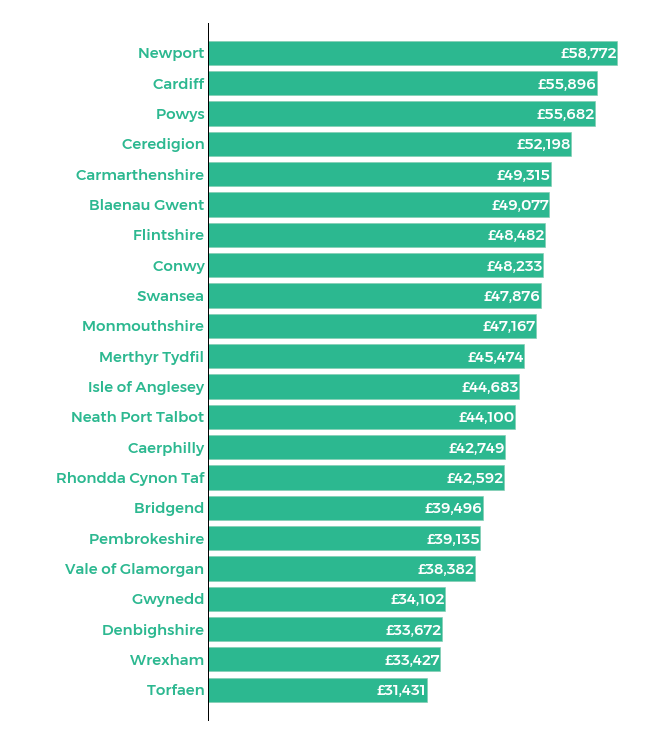 Please click here if the interactive content on this page does not load.
Sources: StatsWales, Children looked after at 31 March per 10,000 population aged under 18 by local authority and year and Social services revenue outturn expenditure by client group (£ thousand)

To find out more you can check out: