Bovine tuberculosis (TB) is an infectious disease that attacks the lungs and lymph nodes of cattle and other bovine species. The disease can be transmitted before any symptoms are detected and hence can quickly spread through herds. This disease not only affects the animals, but also the farmers’ livelihood and income as well as costing the Welsh Government an estimated £179,000 per herd in testing and compensation. NFU Cymru’s President, John Davies, describes TB as the ‘biggest threat to our beef and dairy industry in large parts of the country’.

To mark a year since the Welsh Government’s new TB strategy came into effect, this blog post explores the eradication programme and if anything has changed since its introduction. 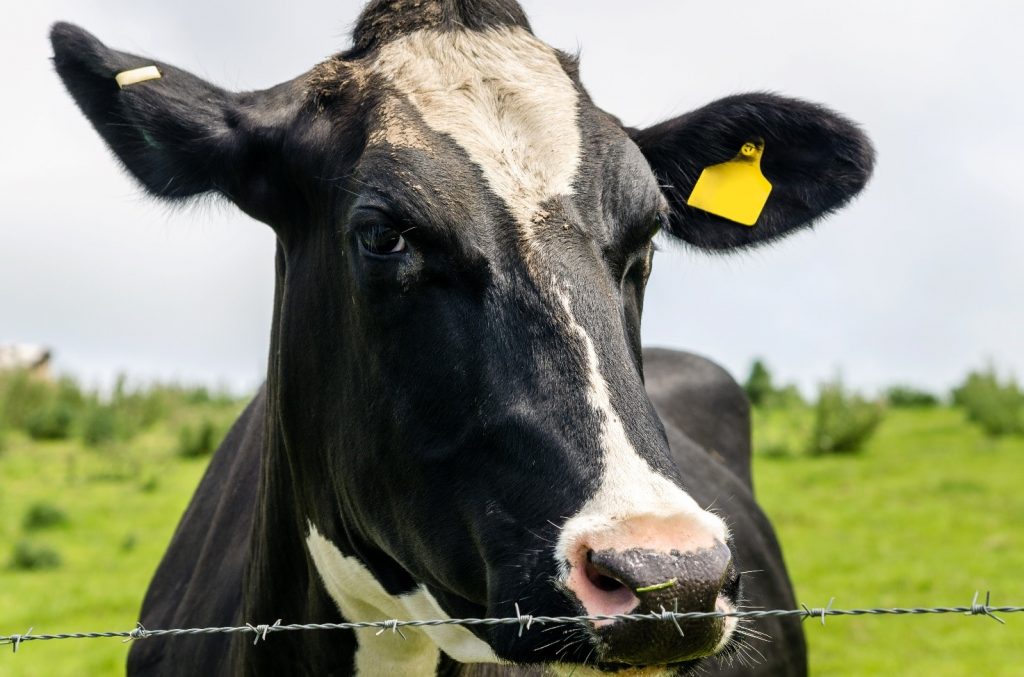 In June 2017 the Welsh Government announced its new TB Eradication Programme, with a number of policies aimed at reducing rates of TB.

A regional approach was announced, which splits Wales into high, intermediate and low risk TB areas (PDF, 1MB), similar to England’s strategy (PDF, 1.3MB) of separation into different risk areas. Within the high risk zones in Wales there is an ‘Intensive Action Area’ (PDF, 5MB) in North Pembrokeshire and small parts of Carmarthenshire and Ceredigion which experience some of the highest rates of Bovine TB in Wales (PDF, 892KB). The programme requires herds in Wales to be tested at least annually. To help inform farmers of the current TB status of cattle they may be buying, a risk based trading policy is being introduced where TB information is displayed at the point of sale.

The Welsh Government plans to continue to develop and promote good biosecurity and husbandry practises, for all areas of Wales, in an aim to reduce the risk and spread of infection. One example is the introduction of post-movement tests for animals that have been moved from high risk areas.

The Welsh Government believes that to eradicate the disease in cattle, it must also deal with the infection in badgers. The Welsh Government previously introduced a vaccination programme for badgers, which had to be postponed due to a global shortage of the TB vaccine.

The effectiveness of badger culling

Badger culling is a controversial issue that has been debated by governments, scientists, farming groups and animal rights groups for a number of years. One of the major differences in TB policy between Wales and England is that badger culling, under license, is allowed in England (PDF, 312KB) whereas in Wales the practise is banned.

In a recently published Animal and Plant Health Agency (APHA) study (PDF, 444KB) it was reported that in four years of controlled culling in selected areas in both Gloucestershire and Somerset, a decrease in TB incidence rates was recorded from 10.4% to 5.6% and 23.5% to 11.2%, respectively. In the same study a culling area in Dorset showed an increase in TB incidence rates from 15.9% to 20.6% after two years of controlled culling. This study is set to continue and further work is being undertaken to look at the differences between controlled and non-controlled areas with a peer reviewed paper expected to be published later this year.

The Welsh Government recently commissioned a trial at three different farms to look into the effect of culling badgers on farms. The results of this study suggested that rates of TB infection were low in badgers near the farms. In total 37 badgers were trapped and 5 were destroyed after testing positive in a field test. However post-mortem tests revealed that none of these badgers were confirmed as carrying TB.

‘Badger Found Dead’ is a further research survey commissioned by the Welsh Government to map and test for TB in any dead badgers found in Wales.

On 18 July 2018 Lesley Griffiths commented that she has ‘always ruled out England style cull calls’ and expects the vaccination programme to restart once the vaccine becomes available again later this year.

The current status of Bovine TB in Wales

As the new strategy began in October 2017, drawing conclusions this early should be taken with caution as the data trends can be volatile due to the many factors in the environment.

However, there have been media reports, for example by NFU Cymru and Farmers Weekly, suggesting an increase in new herd incidents and slaughtered cattle, in the year up to March 2018.

The most recent data (ODS, 678KB), up until June 2018, show a smaller increase in new incidents for the year up to June, as can be seen in Table 1. The shifting of the reporting window by three months to June, compared to the media reports in March, shows an annual increase in new herd incidents of 17 for the years up to June compared to the increase of 89 incidents reported up to March, highlighting the volatility of the data.

The increase in animals being slaughtered over the two years may also be due to changes in testing regimes.

Data on new herd incidents and animals slaughtered are also presented in Table 2 for the months January – June in 2017 and 2018 to allow comparison of periods before and after the new eradication programme.

Although this data is volatile, the most recent data seem to show a decrease in the new herd incidents since the start of 2018 while the number of cattle slaughtered shows little change.

On 24 September 2018, the Welsh Government recently announced new measures regarding compensation for the slaughter of pregnant cattle. It was found that 2,817 of the 7,418 slaughtered cattle declared ‘pregnant’ were found to be without calf post-mortem. This lead to an extra £459,000 being paid out in 12 months as farmers receive higher compensation for pregnant cattle infected with TB.

Additional contiguous testing was announced on 15 October 2018 for an Intermediate Area in North Wales, after an increase in new herd incidents.

Bovine TB is a complex topic with no easy solutions or consensus on the required approach. Both the Welsh and UK governments are continuing to fund research in this area in the hope of improving policies to reach their eradication targets.

More information on TB in Wales can be found in the following Research Service briefings: