Compared to the Final Budget 2020-21, the overall funds managed by the Welsh Government have increased by over 10% to £22.0bn (this includes Annually Managed Expenditure, which is a non-discretionary element within the budget).

The graphic below shows the increased allocations to departments following the Supplementary Budget: 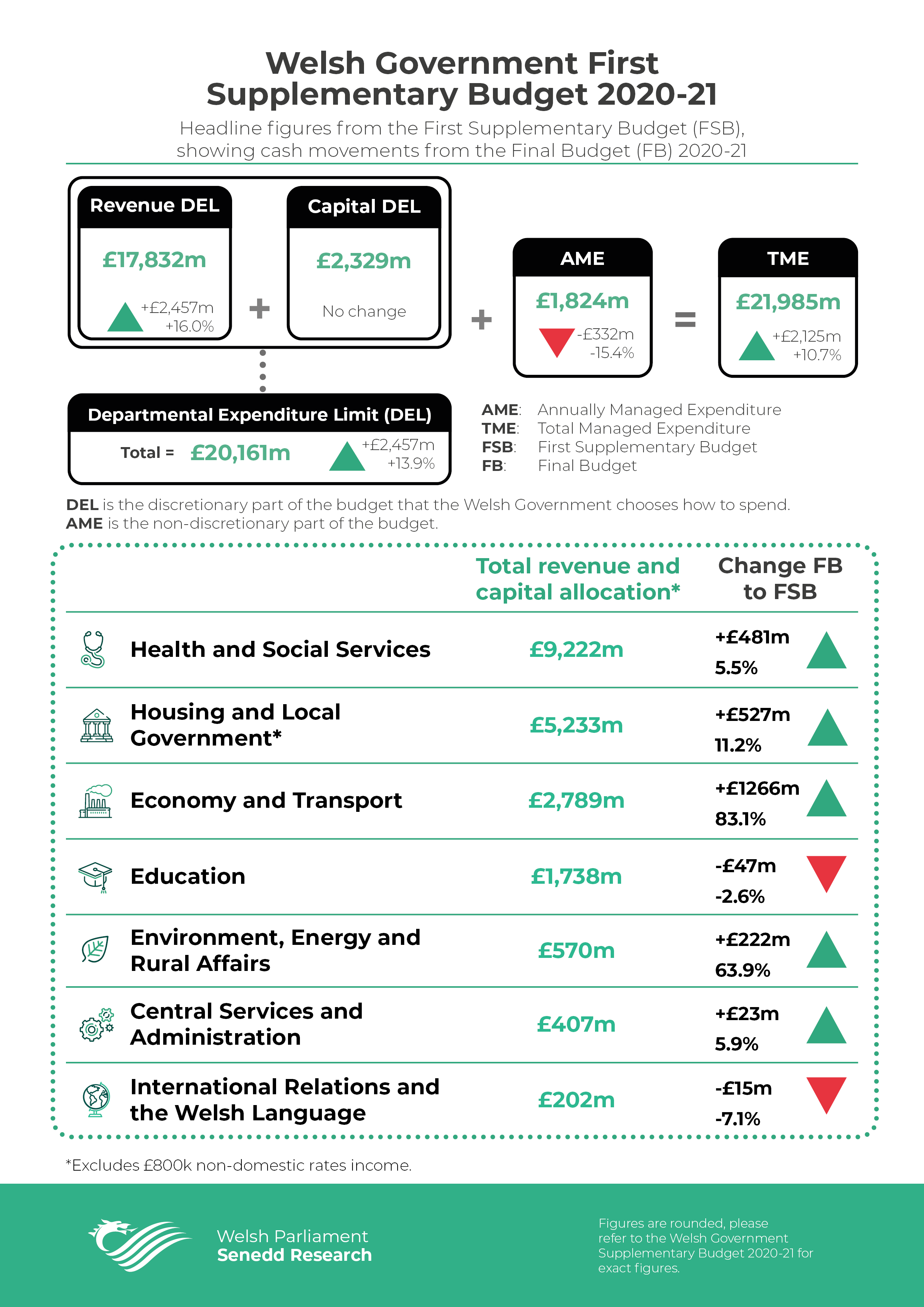 Some of the significant allocations (including reallocated and reprioritised funding) in the Supplementary Budget include:

The Welsh Government has categorised its additional expenditure in the Supplementary Budget under four headings, outlined below: 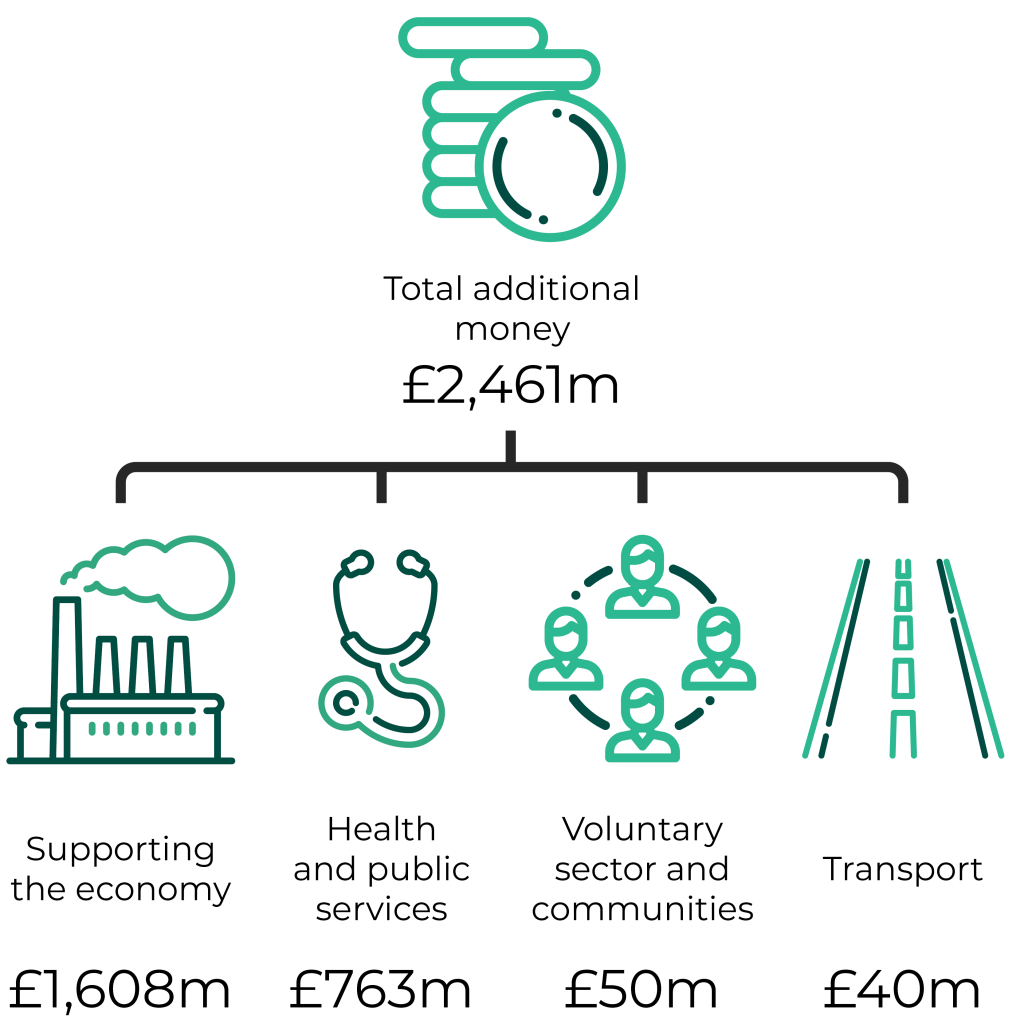 The amount of fiscal resource (excludes non-cash) available to the Welsh Government has increased by £2.3bn compared to the Final Budget 2020-21. The majority of this increase is associated with consequential funding linked to the UK Government’s coronavirus response.

Consequentials resulting from UK Government policy made in devolved areas amount to £1.9bn. There are also £122.8m of non-COVID-19 related consequentials from the UK Government’s March 2020 budget, as well as other sources of finance.

In terms of tax revenues, there has been a net reduction to forecast devolved tax revenues of £27m. This follows Office for Budgetary Responsibility (OBR) forecasts published at the time of the March UK Budget.

To fund its response to coronavirus, the Welsh Government reviewed its existing budgets, identifying £256.2m of revenue to return to reserves to be redeployed. The Welsh Government is also working on the assumption that up to £245.0m of EU funding could be repurposed.

The Supplementary Budget notes that reprioritisation “has required difficult choices”. Expenditure that falls under three categories has been protected:

The Supplementary Budget states that the Welsh Government has sought to minimise the impact of this exercise. It has tried to identify where funding cannot be used for its intended purposes, or where new activities planned during 2020-21 have not started and can be deferred to a later date.

The £256.2 million funding returned to reserves by the Main Expenditure Groups (MEGs) includes £114m within Health and Social Services, £50m within Economy and Transport and £46.6m within Education. The remaining £45.6m was returned by the other four MEGs.

As well as identifying funding to be for redeployment, the Supplementary Budget notes Ministers have also reprioritised their spending plans within MEGs.

With the pandemic ongoing and recovery now a key consideration, the Welsh Government has been exploring how it can increase flexibility in its financing options. The Minister for Finance and Trefnydd, Rebecca Evans, is seeking additional powers from the UK Treasury in three main areas:

Ultimately, any decisions around changing the rules around reserves, borrowing and switching capital to revenue would be subject to negotiation with the UK Government.