What does the UK Agriculture Bill mean for Wales?

What are the aims of the Agriculture Bill?

On 12 September the UK Government introduced the Agriculture Bill to the UK Parliament. The Bill aims to provide the legal framework for leaving the Common Agricultural Policy (CAP) and establishing new systems for agricultural and land management support across the UK.

While the Bill aims to set the framework for the future policy in England it also contains provisions that extend to the whole of the UK and to different parts of the UK. Schedule 3 applies specifically to Wales.

For England, the Bill will phase out the current system of direct payments and establish a new environmental land management system. The new system will provide an income stream for farmers and land managers based on public money for public goods with an environmental emphasis.

The new approach will also include support that will aim to:

What are the Welsh provisions?

Schedule 3 sets out powers for Welsh Ministers to continue making payments to farmers and land managers after Brexit, to make changes to current schemes and to implement replacement schemes. Schedule 3 has been included at the request of the Welsh Government and requires legislative consent from the Assembly.

These powers are intended to be time-limited until the Welsh Government brings forward its own Agriculture Bill, which is expected before the end of this Assembly.

Hallmark aspects of Schedule 3 include powers for Welsh Ministers to:

Some clauses apply in Wales but do not require legislative consent as the UK Government’s position is that they are reserved. These include Clauses 22-26; Clauses 29-36; Schedule 1; Schedule 2 and Schedule 5. Importantly Clause 26 includes World Trade Organisation (WTO) regulations that allow the UK Government to set financial ceilings on the devolved administrations in relation to agricultural support that is considered as trade distorting (discussed later).

How do the Welsh provisions differ from those that apply in England?

This includes a provision for supporting rural communities and businesses which is only included in the sections of the Bill that apply in Wales. The range of eligible recipients of support is also broader in the Welsh Part including land managers and those throughout the supply chain, whilst in England payments are restricted to those ‘starting, or improving the productivity of, an agricultural, horticultural or forestry activity’. 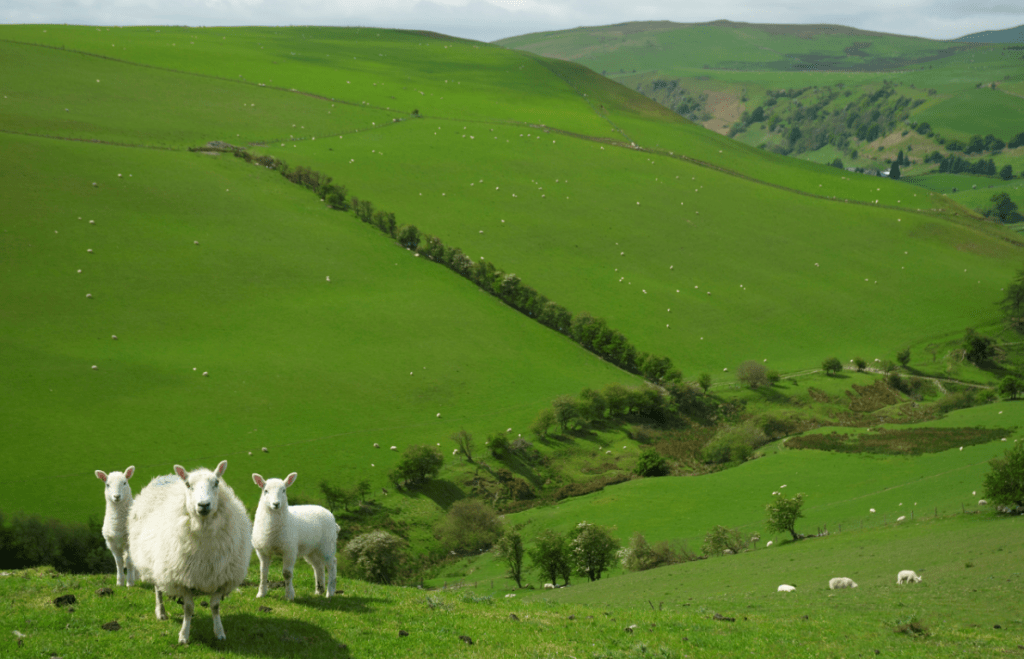 How has the Bill been received?

On 12 September the Cabinet Secretary for Energy, Planning and Rural Affairs, Lesley Griffiths AM, published a written statement on the UK Agriculture Bill. While the statement emphasises the Welsh Government’s general support for the Bill, it also notes two areas of disagreement.

Firstly, the Welsh Government disagrees with the UK Government on the extent to which the clause relating to the UK’s WTO Agreement on Agriculture is a reserved matter. The statement emphasises the strong relationship between WTO powers and devolved responsibilities on agriculture support, and states:

Welsh Ministers have secured an important agreement from the UK Government to commit in Parliament to consult the Devolved Administrations on WTO-related regulations. We have also agreed to find a process for how such regulations will be brought forward. However, a commitment to consult is insufficient given the importance of this matter. We will therefore continue to work towards an agreement which ensures appropriate engagement with and consideration of the views of Welsh Ministers and other administrations.

Secondly, the Welsh Government would like to see powers relating to the redistribution of the red meat levy included on the face of the Bill and expects a UK Government amendment ‘to correct this as soon as possible’.

The red meat levy is a fee paid by all producers or slaughterers at the point of slaughter (or live export). The levy is paid to the relevant levy board in each country to be used for marketing and promotion of that country’s meat products. The country of slaughter dictates which country’s levy will be paid. In Wales the levy is paid to Hybu Cig Cymru (HCC) (Meat Promotion Wales), which is mainly funded through the levy.

The levy has been criticised in the past as it does not take into account livestock produced in one country then slaughtered in another; the money is paid to the levy board in the country of slaughter regardless of origin.

NFU Cymru has stated that the Bill shows a lack of recognition that farmers are food producers. It states:

NFU Cymru maintains that any future Welsh agricultural policy should contain volatility or stability measures, to sit alongside environmental and productivity measures, in order to support farmers’ core role as food producers.

Policy analyst, Pete Kennedy, remarked that the clause that provides financial assistance for productivity currently “includes such broad catch-alls that the government can basically give money to anyone. Even Monsanto does things ‘in connection with… improving the health of plants and improving the productivity of agriculture’”.

Green Groups, including the RSPB, have welcomed the environmental emphasis of the Bill, which they say addresses the short-comings of the EU system.

What are the next steps for Wales?

A Green Paper, Brexit and our Land is currently out to consultation which includes proposals for a new ‘Land Management Programme’ which comprises of two schemes:

It also sets out the proposed transition to the new policy which is detailed in a previous blog post . The Assembly’s Climate Change Environment and Rural Affairs Committee intends to explore the Green Paper provisions this term. The Welsh Government is expected to publish a White Paper in the spring, ahead of the proposed Welsh Agriculture Bill.

The UK Agriculture Bill and Welsh Government’s proposals are only part of the picture. The UK’s future trade deals, as well as commitments around spending which are yet to be announced, will have significant implications on the sector post-Brexit.