Can Wales become a world leader in gender equality?

Progress towards gender equality in Wales is slow. Our annual gender equality indicator statistics demonstrate that women are still under-represented in public life and business, paid less than men and more likely to be victims of domestic abuse. Men are more likely than women to be homeless, die from suicide and have shorter life expectancy. While many of these gender gaps have narrowed slightly each year, in some cases they have widened.

The World Economic Forum estimates that at the current pace, global economic gender equality will not be achieved for another 170 years.

The Welsh Government wants Wales to be “a world leader for gender equality”. On International Women’s Day 2018 in a speech at Oxford University, the First Minister made a range of commitments to achieve this aim, including:

To begin this work, the Leader of the House with responsibility for equality, Julie James AM, commissioned Chwarae Teg to undertake a ‘rapid review’ of gender equality policies in the Welsh Government to understand the issues and suggest solutions.

The terms of reference for the two phases of the rapid review were published in April.

Phase one of the review was published on 10 July 2018 alongside research from the Wales Centre for Public Policy (WCPP) exploring international good practice. The report made a range of recommendations, a selection of which explored in more detail below.

The review found that Wales lacks a shared vision of what gender equality means in practice, and as a result action can be fragmented and incoherent. It recommended establishing a Cabinet Secretary for Equalities and Women’s Empowerment to promote, coordinate and monitor gender equality work across Government.

Actions and objectives within equality plans, well-being plans and national policy ... lack ambition and ... there is an increasing tendency to make broad, aspirational statements with limited actions, timescales and success measures to outline how these aspirations will be realised.

Actions must be underpinned by robust data and data analysis. Internationally, those countries that perform well on gender equality almost universally produce regular, accessible and engaging data and evidence that maps gender equality.

Institutional mechanisms to advance gender equality, such as Ministries for Women and gender equality action plans, are common in many countries. A ‘Ministry of Women’ exists under various names in at least 23 countries, including Austria, Germany, the United States and India, often headed by a Minister for Women (or equivalent).

The (non-binding) 1995 UN Beijing Platform for Action (the blueprint for achieving global gender equality) recommended that governments establish “machinery for the national advancement of women with adequate resources, and the ability and competence to influence policy, formulate and review legislation, perform policy analysis, undertake advocacy, communication, coordination and monitoring of implementation”.

The UN Convention on the Elimination of All Forms of Discrimination against Women (CEDAW) (which was ratified by the UK in 1986) reports on the effectiveness of governments’ “national machinery, institutions and procedure to advise on the impact on women of all government policies, monitor the situation of women comprehensively, and help formulate new policies and effectively carry out strategies and measures to eliminate discrimination”.

The WCPP research found that in Scandinavian countries that have high levels of gender equality, gender mainstreaming is supported by high level institutional structures, methods and processes for evidence gathering, engagement, policy design mechanisms and resources, and each country’s policies demonstrate a clear vision and goals. It also recommended that the focus of policy should be on ‘equality of outcome’, rather than ‘equality of opportunity’.

The existing legislative and regulatory framework are not integrating well enough, causing additional challenges to implementation and meaningful action.

The rapid review found that while there are a range of Welsh laws relating to gender equality (such as the Welsh specific public sector equality duties, the equality duty in the Government of Wales Acts, the Violence Against Women, Domestic Abuse and Sexual Violence (Wales) Act (VAWDASV), and the Well-being of Future Generations (Wales) Act)), there are challenges to integration and implementation.

The slow implementation of the VAWDASV Act was specifically highlighted by the review, echoing the repeated concerns of the Equality, Local Government and Communities (ELGC) Committee in recent years.

The rapid review recommended the Welsh Government review and strengthen existing legislation relating to gender equality. It suggests that the UN CEDAW and Council of Europe’s Istanbul Convention could be incorporated into the current VAWDASV (Wales) Act. The incorporation of international law into Welsh law through the ‘due regard’ principle has a precedent in the Rights of Children and Young Persons (Wales) Measure 2011, which requires Welsh Ministers to pay ‘due regard’ to the UN Convention on the Rights of the Child when making decisions. The argument for this kind of legislation has recently been made in relation to protecting equality and human rights in Wales after Brexit.

The UK has yet to incorporate CEDAW into domestic law (incorporation is not a requirement of ratification). The Equality and Human Rights Commission (EHRC) recently recommended that both the UK and Welsh Government’s should incorporate it into law, “so individuals can effectively challenge rights violations using the domestic legal system and access a domestic remedy for alleged breaches of CEDAW rights”. 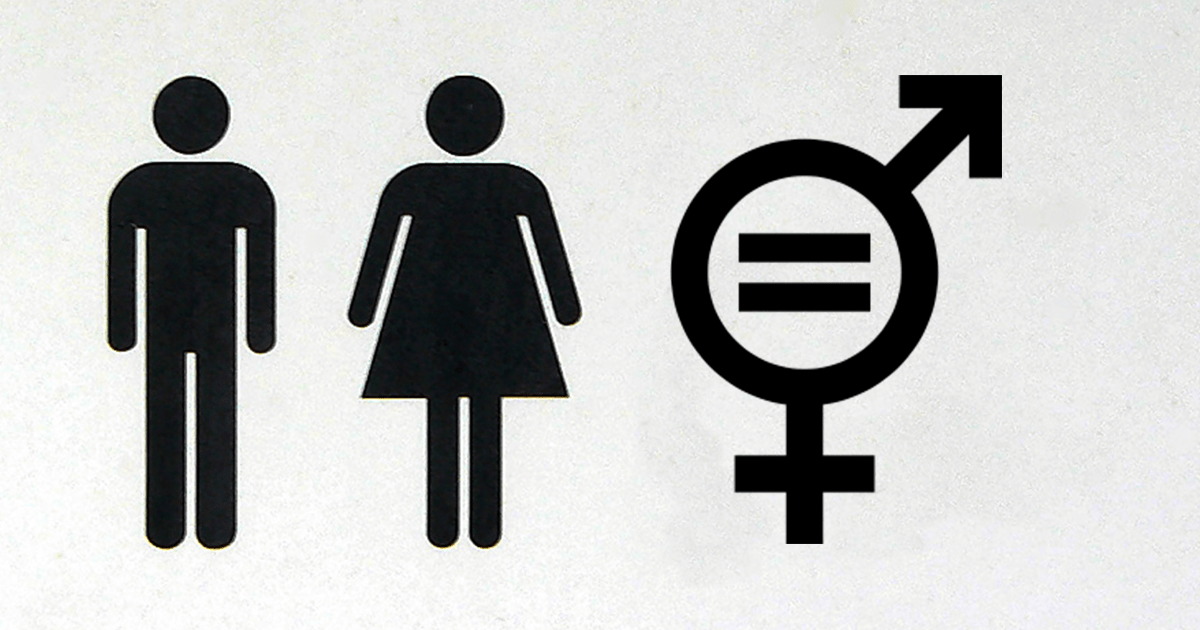 The ‘Istanbul Convention’ is a comprehensive legal framework of the Council of Europe (not the EU) that sets out the minimum standards for countries to adhere to in combatting violence against women and girls. It has been ratified by 26 countries, but not the UK. In a reportpublished in November 2017, the UK Government said it “will only take steps toward ratification when we are absolutely satisfied that the UK complies with all articles of the Convention”. It recently consulted on a Domestic Abuse Bill that would make many of the necessary changes, with the aim of ratification.

In relation to the Well-being of Future Generations (Wales) Act, the review noted concerns that “equalities is not currently getting enough focus within the well-being agenda and may be overshadowed by a focus on environmental elements”.

The Welsh Government should lead by example as an employer

The review suggested that the Welsh Government should lead by example as an employer, by increasing the number of women in senior positions, improving internal procedures for dealing with sexual harassment, improving the take up of shared parental leave by enhancing the rate at which it is paid, and reducing the gender pay gap.

The Assembly’s ELGC Committee recently recommended that the Welsh Government should require public authorities to publish take-up of shared parental leave in their workforce. The WCPP research recommended that the Welsh Government should enhance its shared parental leave by paying father’s leave at enhanced maternity pay rates.

The rapid review also suggested that the Government explore the potential for incorporating unpaid care into Welsh economic measures alongside traditional measures such as GVA. The OECD has previously undertaken work to explore how unpaid care can be measured, for example through sex-disaggregated surveys, childcare statistics, and maternal and paternal leave allowances.

Equality impact assessments are ineffective, particularly for the budget

The review concluded that “[equality impact assessments] EIAs have become tickbox and tokenistic and can be viewed as a burdensome exercise [and] as a result there is limited meaningful engagement with the process and often an EIA is completed at the end of the process to demonstrate compliance”. The review noted that EIAs often lack critical analysis from a gender perspective, “opting for a gender-neutral view that if a service is 'accessible to all' it will have no particular positive or negative impact on anyone as a result of gender”.

This conclusion echoes findings of a 2012 Committee inquiry, and various recommendations by the Finance Committee on the draft budget, which have recommended a clearer focus on gender in the budget EIAs alongside more a systematic approach to assessing the positive and negative impacts of allocations. The rapid review notes that “the budget process is not aligned to the policy-making process and budgets focus on financial pressures rather than impact”.

In the plenary debate on the review, the Leader of the House acknowledged that in the past EIAs have assessed impact without ensuring that policies, laws and budgets actually advance gender equality.

The review highlights that a new impact assessment tool, drawing together 21 different impact assessments, is in development following a WCPP review in 2016. Phase 2 of the review intends to explore the new tool from a gender perspective, to “ensure that better integration does not result in a lack of detail, as has been the case with the strategic integrated impact assessments produced alongside draft Welsh Government budgets since 2015”.

Engagement is an important element of the policy process and is a legal requirement under the Welsh Specific Equality Duties and WFG Act. The review cites the Valleys Taskforce as an example of good practice for integrating meaningful engagement in early policy formation, but it notes that “engagement is approached differently between departments and there is evidence that suggests formal mechanisms to engage with experts and stakeholders, such as the Budget Advisory Group for Equalities, are not being used effectively”.

The review also noted the importance of engaging with experts and the WCPP research makes a number of recommendations for international knowledge transfer opportunities (particularly with Nordic countries), and the potential for the establishment of a ‘Celtic Council of Equality Ministers’.

External scrutiny and accountability can drive change, but is hindered by a lack of integration and capacity

The review highlights the loss of a dedicated equalities committee in the Assembly from the Fourth Assembly onwards, and recommends the establishment of a new ‘Women and Equalities Committee’ as in the House of Commons.

Other external accountability frameworks exist, such as the Equality and Human Rights Commission, Future Generations, Children’s and Older People’s commissioners, National Advisers on Violence against Women and the Wales Audit Office. The review found that these are not effectively integrated, and recommended that Phase 2 should “review existing compliance, monitoring and accountability mechanisms across the framework considering effectiveness and opportunities to better integrate”.

In particular, it raises concerns about the Wales specific public sector equality duties and the weaknesses around compliance (for example the lack of sanctions if an authority does not meet its duties to conduct EIAs or publish employment information).

The Leader of the House indicated in the plenary debate on the review that the Government was considering a number of the recommendations. It will formally respond in the autumn term, and Phase 2 of the review is due to complete by July 2019.