A Continuity Bill: Why and when?

On Tuesday 12 December 2017 the Joint Ministerial Committee (EU Negotiations) (JMC (EN)) met. It had previously met on 16 October when it discussed the principles underpinning an agreed approach by the UK Government and devolved governments to Common policy Frameworks after the UK leaves the EU. The Cabinet Secretary for Finance, Mark Drakeford AM, who attended on behalf of the Welsh Government, subsequently issued a statement. He repeated the Welsh Government’s welcome for “the progress made of Phase 1” talks about exiting the European Union, however, he concluded:

[…] I was clear that the Welsh Government cannot recommend that the National Assembly gives legislative consent to the EU (Withdrawal) Bill unless issues surrounding the devolved powers of the Welsh Government and National Assembly for Wales are resolved in amendments which should be agreed before the Bill leaves the House of Commons. The UK Government agreed there should be further specific discussion at official level around potential solutions.

The Welsh Government has previously said in the if the European Union (Withdrawal) Bill (“Withdrawal Bill”) leaves the House of Commons without being amended, it would be unable to recommend that the Assembly grants its legislative consent and would consider introducing a Continuity Bill. This article explains the background and what may happen.

What is a Continuity Bill? 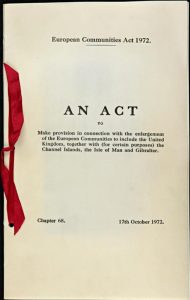 The Continuity Bill would transpose EU law that falls within the Assembly’s competence into Welsh law. It would safeguard the Welsh Government’s power over the areas where EU law and devolved competence intersect and seek to retain EU legislation in devolved policy areas. The UK Government accepts that, in transposing EU law into domestic law, the Withdrawal Bill affects devolved matters and that the Assembly’s consent is needed.

The Assembly’s External Affairs and Additional Legislation and Constitutional and Legislative Affairs Committees published reports on the Withdrawal Bill LCM on 15 December. Both Committees concluded, that the Assembly should withhold its consent for the Bill in its current form.

The Scottish Government also announced, in the wake of the JMC (EN), that it intends to press ahead with preparations for a Continuity Bill if significant changes are not made to the Withdrawal Bill. The Minister for UK Negotiations on Scotland’s Place in Europe, Michael Russell MSP, said:

We have yet to receive a cast iron guarantee that significant changes will be made to the EU Withdrawal Bill. The bill at present means all devolved powers currently exercised at EU level will be transferred to the Westminster Parliament. Unless significant changes are made, we will not be able to recommend giving consent to the EU Withdrawal Bill, and therefore we have no choice but to pursue the option of our own legislation – a Continuity Bill for Scotland.

If the Welsh Government were to introduce Continuity Bill it will have to move quickly in order for the Bill to complete its passage before the Withdrawal Bill is passed by the UK Parliament. This is because, in context, the Assembly current powers are more favourable to the Assembly than the new powers will have from 1 April 2018. Standing Orders make provision for the passing of emergency legislation if approved by a motion in the Assembly. The Member in charge of the Bill must propose the timetable for consideration of Stages 1 to 4 Emergency Bill. The motion may propose that all stages be taken on a single working day in a sitting week. The First Minister has said that the Welsh Government has a bill already drafted.

Parliamentary copyright images are reproduced with the permission of Parliament