The Joint Ministerial Committee (European Negotiations) met on the 16 October in London. The committee last met in January 2017. The Committee discussed progress on the negotiations on the UK’s withdrawal from the EU and discussed the principles underpinning an agreed approach by the UK Government and devolved governments to Common policy Frameworks after the UK leaves the EU.

What is the Joint Ministerial Committee? 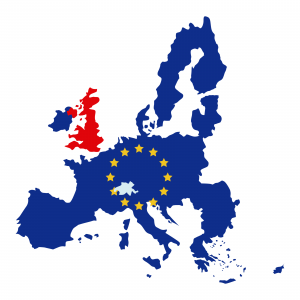 The Joint Ministerial Committee (JMC) is part of the machinery of inter-governmental relations (IGR) in the UK following devolution. It is established by the Memorandum of Understanding between the UK Government and the devolved governments in Wales, Northern Ireland and Scotland. Its purpose is to provide central coordination of the overall relationship between the governments.

The terms of reference of the Joint Ministerial Committee are:

The JMC is a consultative not an executive body. The JMC meets in three ministerial formats:

JMC (Plenary) met on 24 October 2016 and agreed to take forward multilateral engagement through a new Joint Ministerial Committee on EU Negotiations to be known as JMC (EN). Its terms of reference are:

Through the JMC(EN) the governments will work collaboratively to:

The document states that the United Kingdom and the devolved Governments agree to work together to establish common approaches in some areas that are currently governed by EU law, but that are otherwise within areas of competence of the devolved governments or legislatures. A framework will set out a common UK, or Great Britain, approach and how it will be operated and governed. It goes on:

This may consist of common goals, minimum or maximum standards, harmonisation, limits on action, or mutual recognition, depending on the policy area and the objectives being pursued. Frameworks may be implemented by legislation, by executive action, by memorandums of understanding, or by other means depending on the context in which the framework is intended to operate.

The document then sets out principles that will apply to common frameworks in areas where EU law currently intersects with devolved competence. There will also be close working between the UK Government and the devolved governments on reserved and excepted matters that impact significantly on devolved responsibilities.

Discussions will be either multilateral or bilateral between the UK Government and the devolved administrations. It will be the aim of all parties to agree where there is a need for common frameworks and the content of them.

The full text of the principles agreed can be found attached to the Communique they include principles such as enabling the functioning of the UK internal market and ensuring that the UK can enter into an implement new trade agreements. Common frameworks will also take account of the economic and social linkages between Ireland and Northern Ireland.

The JMC (EN) is expected to meet again before Christmas.