In April 2017 the Research Service published its first Brexit timeline which sought to set out how the key events in negotiations on the UK’s exit from the EU, domestic preparations for the UK’s withdrawal and key constitutional events in the Assembly and Wales may interlink over the next 24 months. In publishing that first timeline we committed to update and develop the timeline as the negotiations progressed. Below is the second iteration of the timeline. It is based on the best public information available at this time and is likely to be subject to further refinements and amendments as negotiations progress over the coming weeks and months. 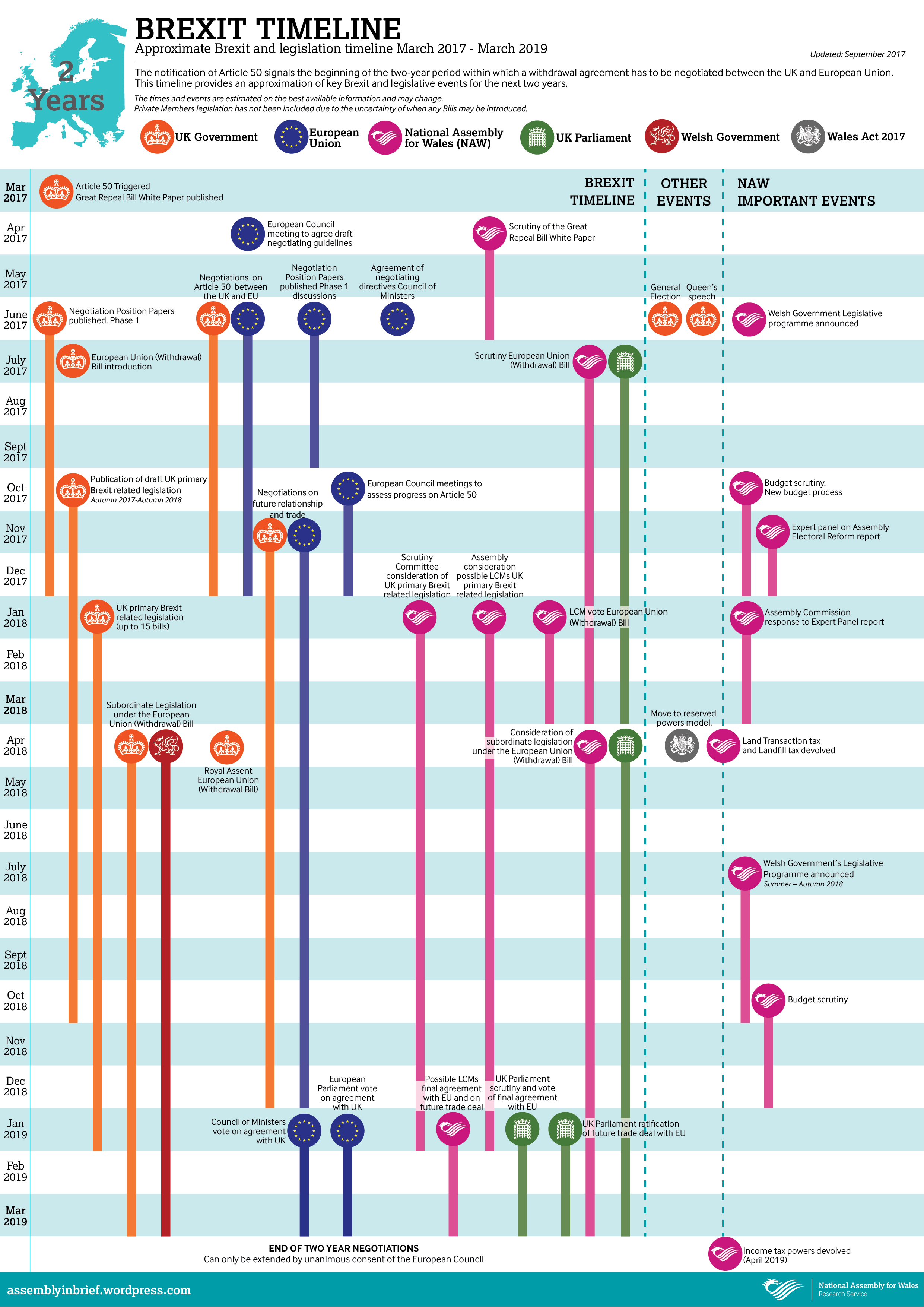