A level results in Wales

A level and Welsh Baccalaureate results

Today is A level results day for learners in Wales, England and Northern Ireland. Each year, the Joint Council for Qualifications (JCQ – a membership organisation comprising the seven largest providers of qualifications in the UK) publish summaries of the results. The JCQ data shows the collective results of the entries of the member awarding bodies.

Changes to A levels 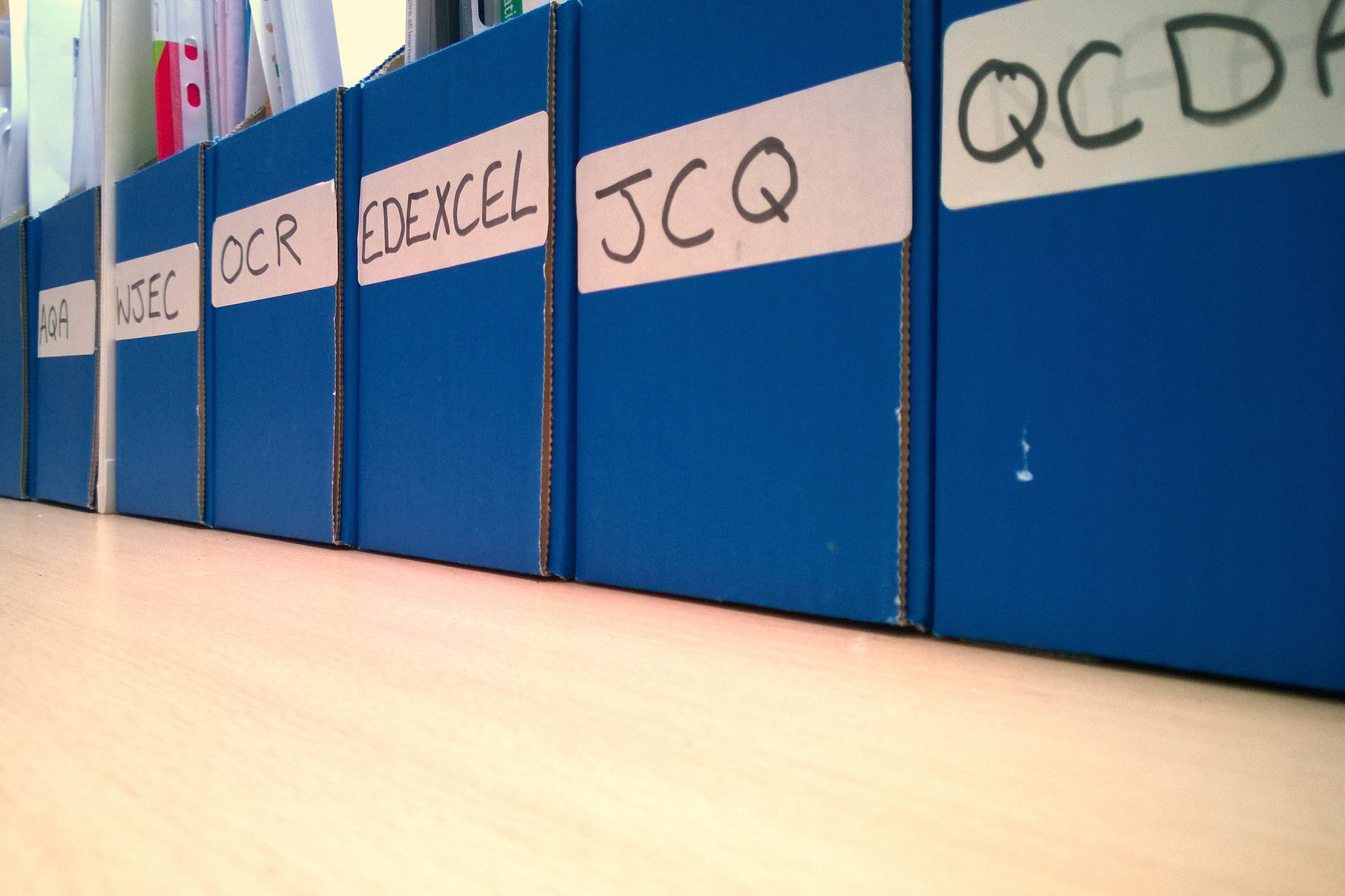 A and AS levels have been reformed in Wales, England and Northern Ireland. These will be the first results for A levels (in fourteen subjects) since the reforms began being introduced. In Wales, A levels share the same content as A levels in England, where appropriate. They also retain practical or non-examination assessments where they are assessing an important part of the subject, with these assessments contributing towards the final grade. The AS level contributes 40 per cent to the full A level, previously, this was 50 per cent.

Further information can be seen on the Qualifications Wales website, who have also published an overview of today’s results.

In England, assessment in the reformed qualifications is mainly by exam taken at the end of the course, with other types of assessment used only where they are needed to test essential skills. Also, unlike Wales, AS results will no longer count towards an A level.

These changes will not affect the value of AS and A levels taken in Wales, which will remain comparable to those taken in England and Northern Ireland.

The JCQ states that comparisons between year-on-year outcomes are made more difficult during times of reform. The precise reasons for changes in centre and candidate entry behaviour may not be immediately clear. Even in cases where entry numbers look similar it is not necessarily the case that a similar cohort is taking a subject.

The data in the tables below compare results for 2016 and 2017. This comparison is made based on the data published by JCQ on A level results day in 2016. Data is provisional representing the position at the time that results are issued. Data is subject to checking before final data at national (Wales), local authority and school level is published. 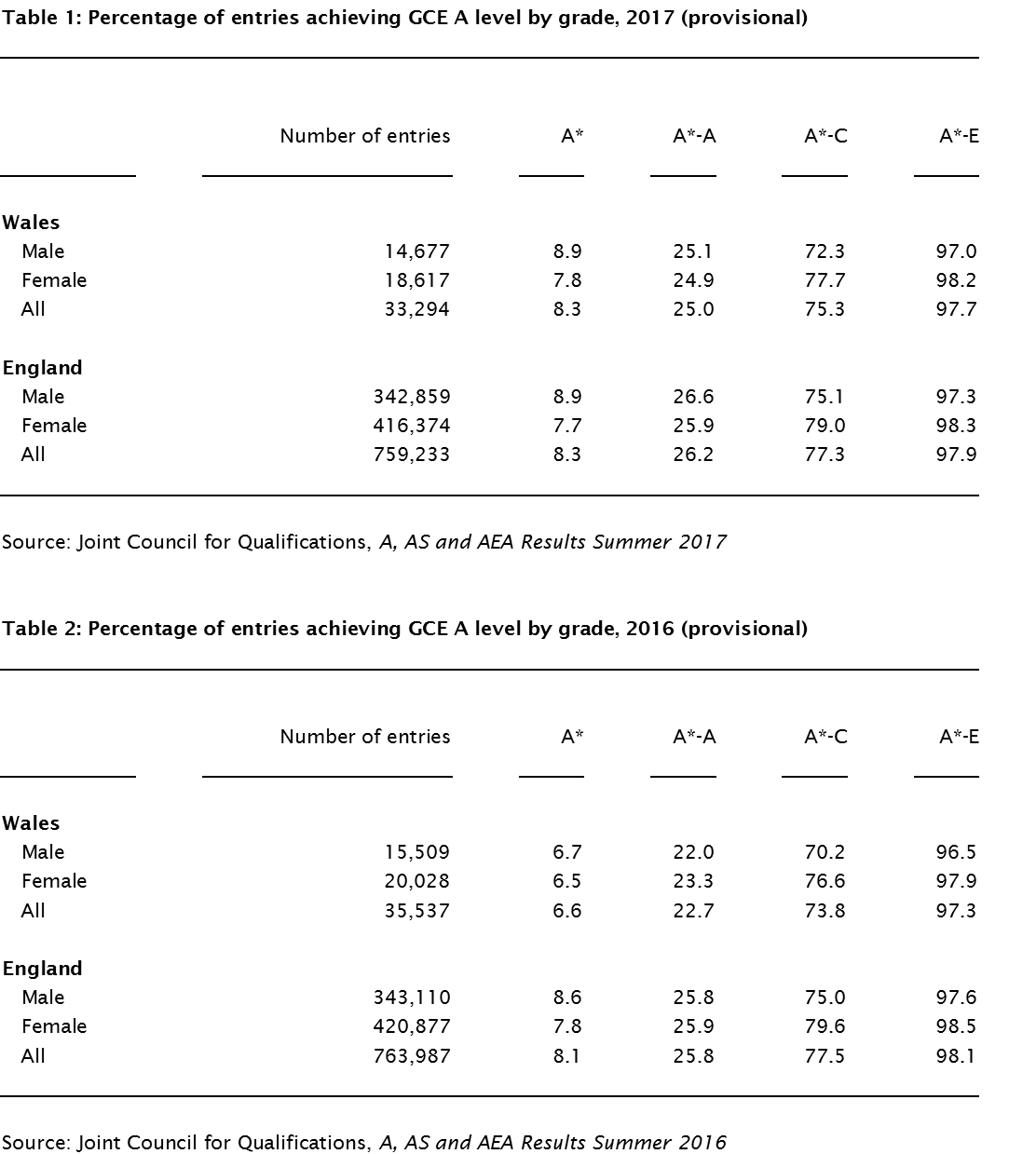 This post is also available as a print-friendly PDF: A level results in Wales (PDF, 283KB)