Around 190,000 people in Wales are currently being treated for diabetes (around 6% of the total population and over 7% of the adult population). 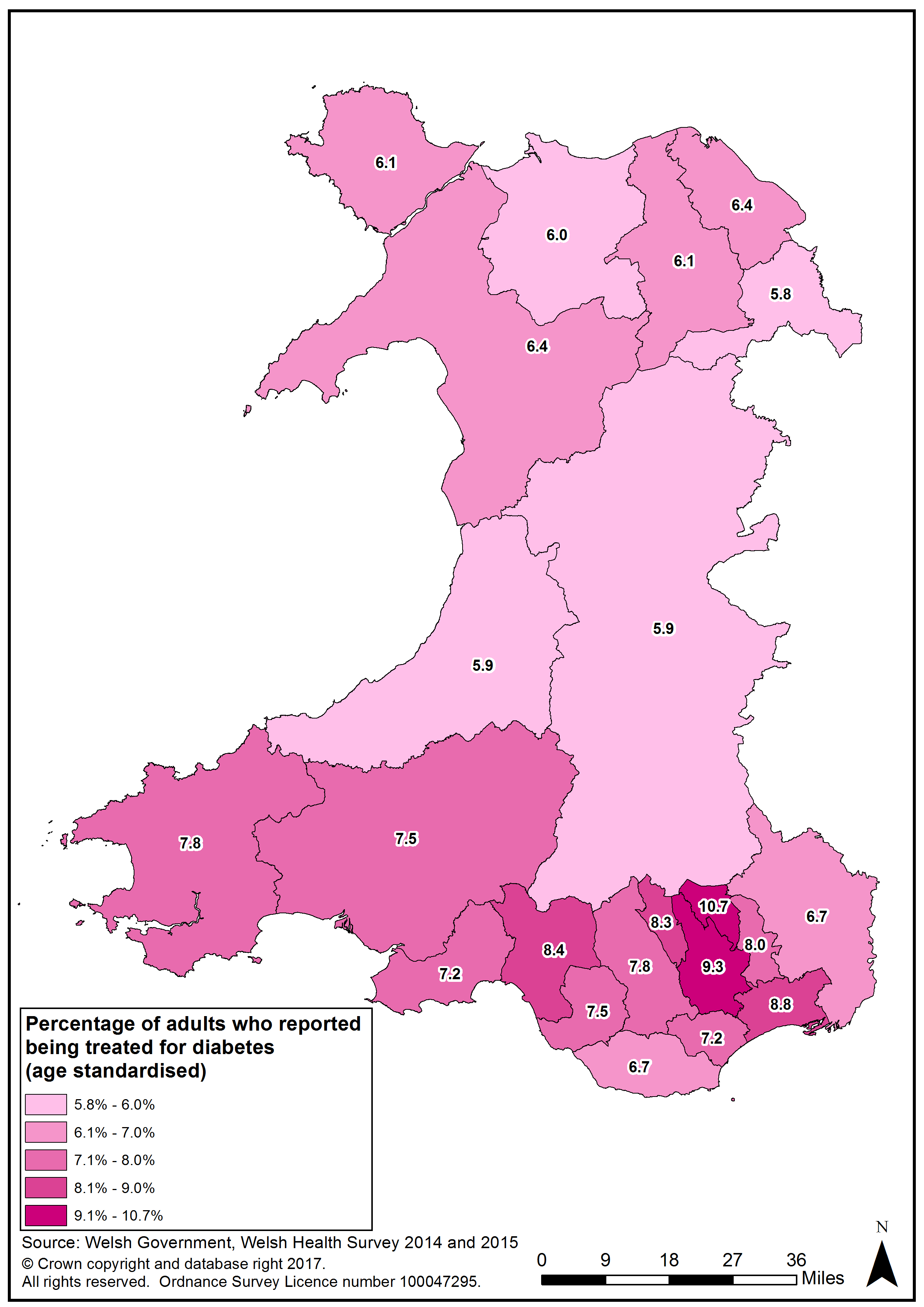 It’s estimated that a further 70,000 people in Wales have Type 2 diabetes, but are either unaware they have it or haven’t been diagnosed. Another 540,000 are at high risk of developing the condition. Based on current trends, 300,000 people in Wales may have diabetes by 2025. Type 1 diabetes is an autoimmune condition where the pancreas doesn’t produce any insulin. It’s usually diagnosed in children and young adults. There are around 1,500 children with Type 1 diabetes in Wales.

Type 2 diabetes is far more common than Type 1, accounting for around 90% of adults with diabetes. Type 2 is often linked to lifestyle factors. Obesity is the most significant risk factor, and could amount to 80–85% of the risk of developing Type 2 diabetes. Deprivation is strongly associated with higher levels of obesity, physical inactivity, smoking and other factors which are linked to people’s risk of Type 2 diabetes, and their ability to manage the condition and to avoid serious complications. There is growing evidence – and concern - that the rise in childhood obesity has led to an increase in cases of Type 2 diabetes being diagnosed in younger age groups.

There are no figures which accurately show prevalence of Type 2 diabetes in children and young people, although data from the National Paediatric Diabetes Audit suggests that this is likely to be more common in females, among young people from black and minority ethnic backgrounds, and among those living in deprived areas. 19% of beds in acute hospitals in Wales are occupied by people with diabetes. Over 90% of these patients have Type 2 diabetes. Diabetes costs the NHS in Wales around £500 million each year. This equates to approximately 10% of NHS Wales’ budget. The greatest share - around 80% - is spent on managing complications of diabetes (including cardiovascular disease, kidney failure, nerve damage, stroke, amputation, and blindness). Many of these complications are preventable.

This post is also available as a print-friendly PDF: A picture of diabetes in Wales (PDF, 227KB)