The National Development Framework for Wales: what is it and when is it due?

The approach to strategic land use planning in Wales is changing. The Planning (Wales) Act 2015 introduces two new levels of development plan, which will sit above the existing local development plans (LDPs):

This post focuses on the NDF; further reading on SDPs and LDPs can be found in our local planning policy briefing (PDF 1MB) and in the Welsh Government’s Development Plan Prospectus. 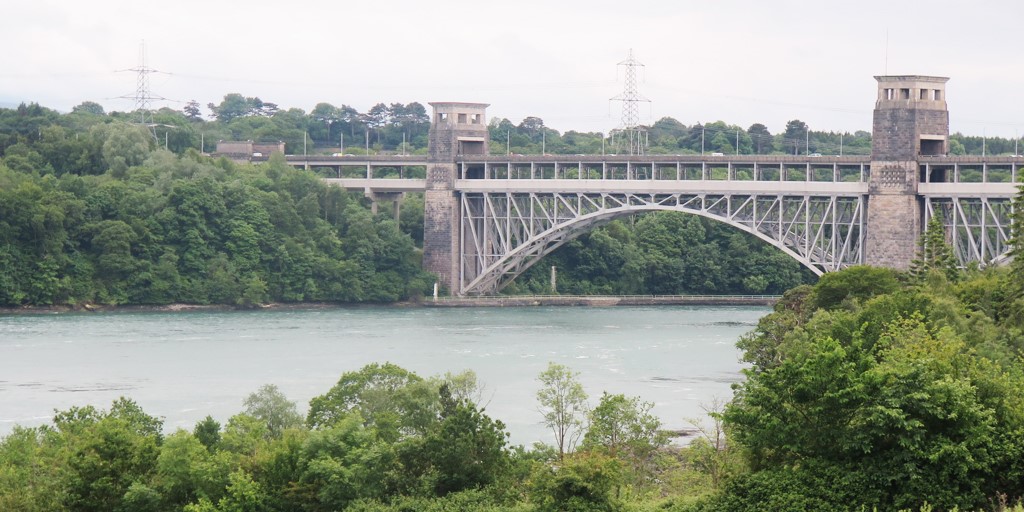 every five years. Unlike the Wales Spatial Plan, the NDF will have development plan status, meaning that all SDPs and LDPs must be in conformity with it. The Welsh Government summarises the purpose of the NDF as follows;

The Planning (Wales) Act 2015 requires the draft NDF to be considered by the National Assembly before the final NDF is published.

The Assembly will have 60 days (excluding recess) to consider the draft NDF. The Welsh Government must take account of any resolution or recommendations made by the Assembly, or any of its committees, in deciding whether or not the draft NDF should be amended.

The Welsh Government must publish a statement alongside the final NDF outlining how it has had regard to the Assembly’s resolutions or recommendations.

The current timetable (below) shows the draft NDF being considered by the Assembly in October – December 2019. The final NDF is due to be published in March 2020.

Call for evidence and projects

The Welsh Government is currently undertaking a call for evidence and projects (7 December 2016 to 7 March 2017) to help inform the development of the NDF.

The consultation is asking for national level evidence and projects that will help Wales meet its various national objectives. It gives the following as examples that could be relevant to the NDF:

Evidence and projects submitted will be considered in the context of the development planning system and against the seven Well-being goals, as set out in the Well-being of Future Generations (Wales) Act 2015.

The consultation document says the Welsh Government will publish details of the evidence and projects that are submitted, and also publish a summary of its assessment of them. However, no timescale is given for when this is intended to be done.

The Planning (Wales) Act 2015 requires the Welsh Government to publish a Statement of Public Participation setting out how it will consult with the public during the development of the NDF. This document was published in November 2016 following consultation in early 2016.

The Statement of Public Participation shows there will be two further 12 week stages of public consultation, prior to the draft NDF being considered by the Assembly.

The full NDF timetable is as follows: 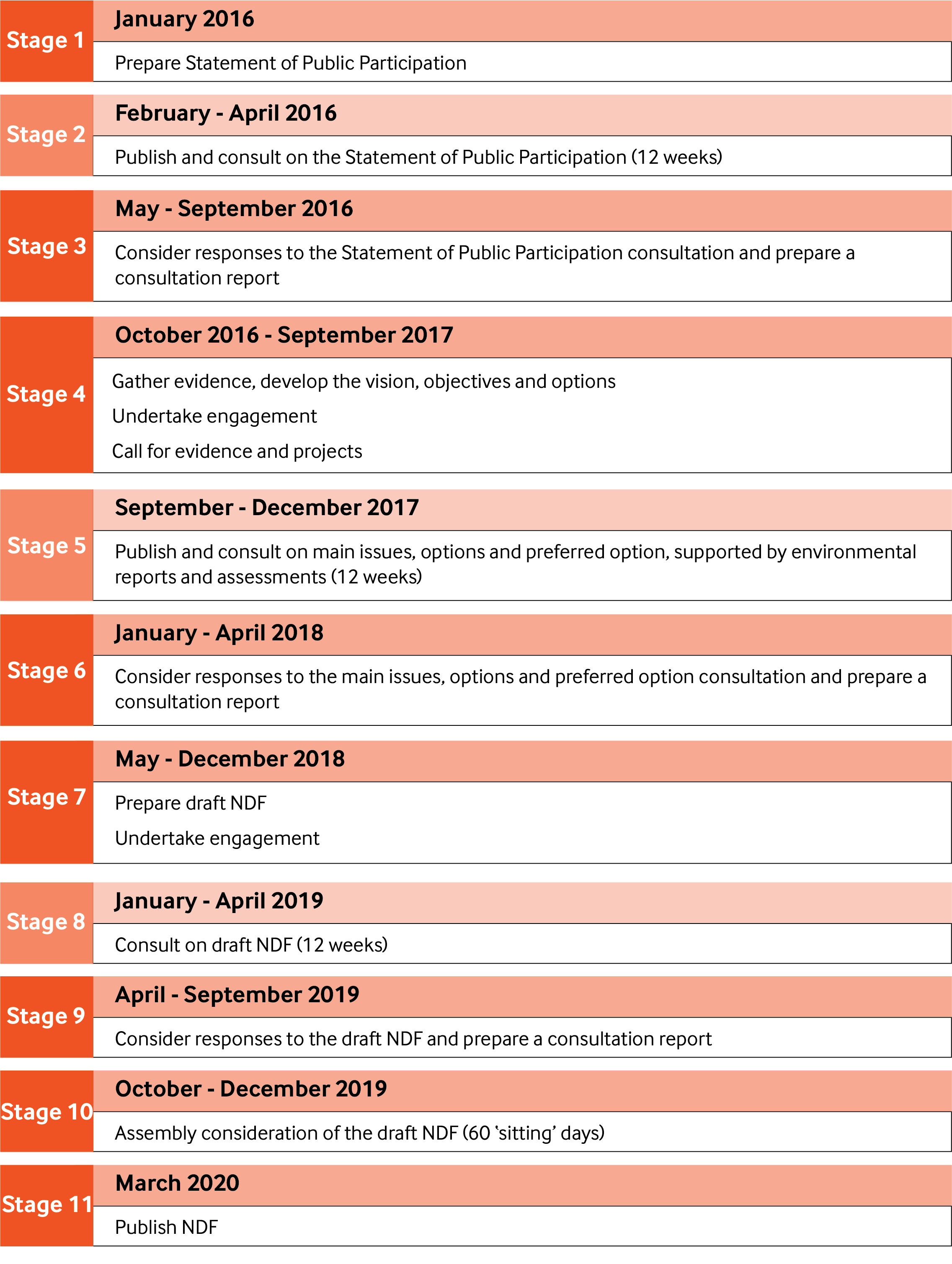